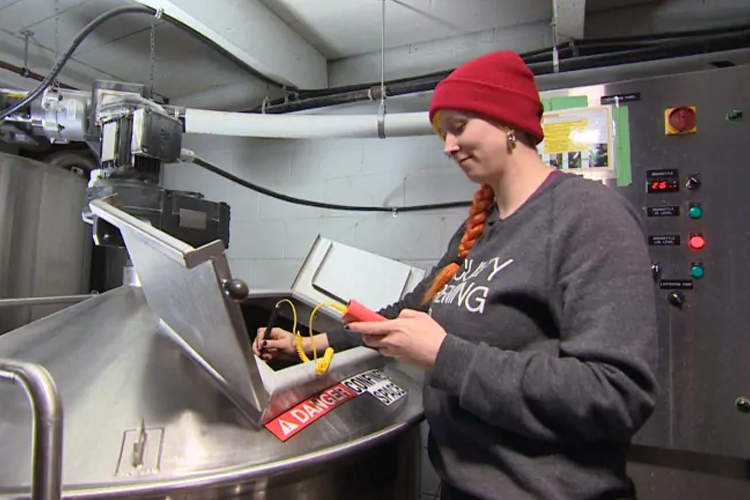 Above picture: Jacquie Loehndorf, head brewer at Faculty Brewing, is the only woman on the production side in her company. (CBC)

A popular brewery on the Sunshine Coast is calling for more diversity in the beer industry after its search for a new CEO drew only male applicants.

“We don’t have enough diversity within our company and we recognize that as a shortcoming,” Smith said.

Filed under: Business of Beer, People of Beer, Politics & Advocacy
Tagged under: CEO role, encouraging women to apply for the role, Persephone Brewing