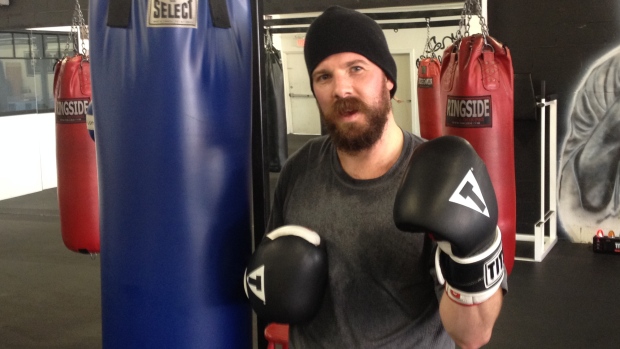 Both gyms have a number of community programs focused on at-risk youth, mental health and self-defence classes for female-identified and LGBTQ members of the community.

Contenders from the beer industry will learn how to box and then fight each other at a fundraising boxing match at the end of April and among the contenders will be On The Coast beer columnist Rebecca Whyman.

“I’m both looking forward to it and wondering what the heck I was thinking signing myself up for this,” she told On The Coast host Stephen Quinn. “It’s gonna hurt! I am looking forward to seeing all those beer beards flying as their owners get skipping and punching — assuming of course I can catch my breath long enough to focus on anything else.”

And since Whyman is going to be working out a lot in preparation for her match, here are her picks for post-workout beers.

Filed under: Beer & Sports, Beer In The News, Columnists & Editorials
Tagged under: Beer Wars, Charity, Fundraisers, On The Coast