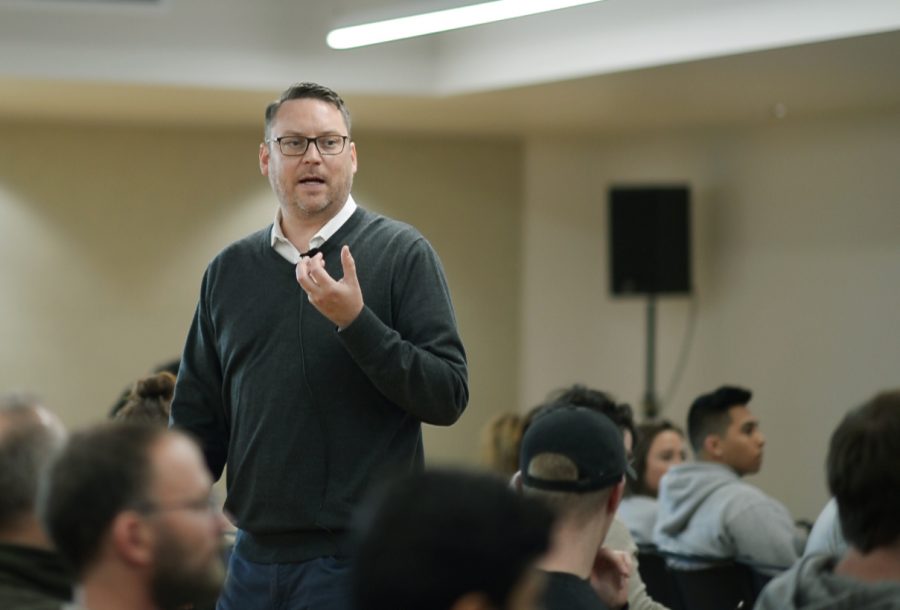 From parasites to volcanic eruptions, hops have seen it all

Hops, a crucial element of today’s growing beer industry, have a long history and importance in the Pacific Northwest, said the author of a new book about the herbaceous crop.

Environmental historian Peter A. Kopp spoke Thursday about his book, “Hoptopia:  A World of Agriculture and Beer in Oregon’s Willamette Valley.” In the book, Kopp looks at the significance of hops throughout world history.

“Hoptopia,” Kopp’s first book, describes hops’ Eurasian and North American history, how Prohibition affected the crop and its introduction to the Pacific Northwest.

Hops are seed cones of the hop plant, which are grown agriculturally and commercially all over the world. Kopp said the Pacific Northwest is currently the global hub for hop growing.

“Yakima is the hop center of the world,” Kopp said. “They produce a third of the world’s hops.”