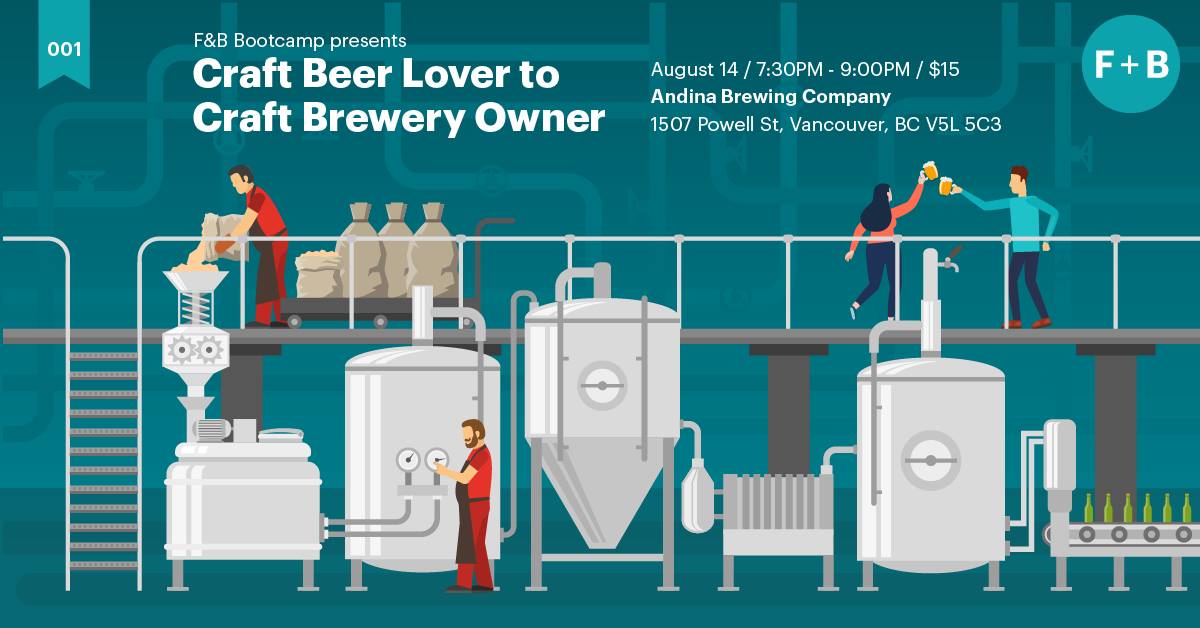 AUGUST 2, 2018 | Vancouver, BC – Calling all aspiring homebrewers and beer enthusiasts! On August 14th, join TouchBistro and Andrés Amaya, CEO of Andina Brewing Company for an evening of brews, bonding and hear the backstory of how “Vancouver’s big yellow brewery” built their iconic brand, infusing the vibrant flavours of South America with BC pizzazz.

This is the second event as part of the TouchBistro F&B (food and beverage) Bootcamp series that seeks to bring together aspiring and veteran restaurateurs. Each event in the series will feature a guest speaker to to share their origin stories, impart some “words of wisdom” about roadblocks and celebrate in their successes.

Vancouver has long been lauded as the “birthplace of Canada’s craft beer industry.” With over 151 craft breweries in Vancouver and counting; craft breweries account for 25% of the overall beer market.  The boom started in the mid-2000s but the explosion of the Vancouver craft beer scene really started in 2013 after legislation allowed small breweries to open tasting rooms.

Andina Brewing Company exploded onto the Vancouver craft beer scene in 2017 after having spent 3 years engaging their passions, gathering family and creating their unique brand.  With a line-up of their staple brews, Principales and their seasonal brews, De Temporadas, we welcome you into their 2,000 square foot tasting room on Powell Street on August 14th.

Tickets to the event are $15 via Eventbrite and includes a beer and snacks.

TouchBistro, the iPad POS made by restaurant people for restaurant people launched the F&B Bootcamp Series in June 2018 as a way to connect aspiring and veteran restaurateurs in an evening of community and sharing origin stories, learnings and successes.  Each event in the series will feature an industry veteran as guest speaker to share their origin story, their struggles and successes to provide insight and learnings to new and hopeful entrepreneurs looking to get started in the food and beverage space.

Colombian brothers Andrés and Nicolás Amaya opened up Andina Brewing Co. in 2017, “infusing vibrant flavours of South America” with British Columbia flair.  It is the first brewery to use Patagonia malt. Together with brewmaster Michael Stewart, the brewery produces 4 signature beers, the Principales along with seasonal brews De Temporadas such as guava saison and milk stout.