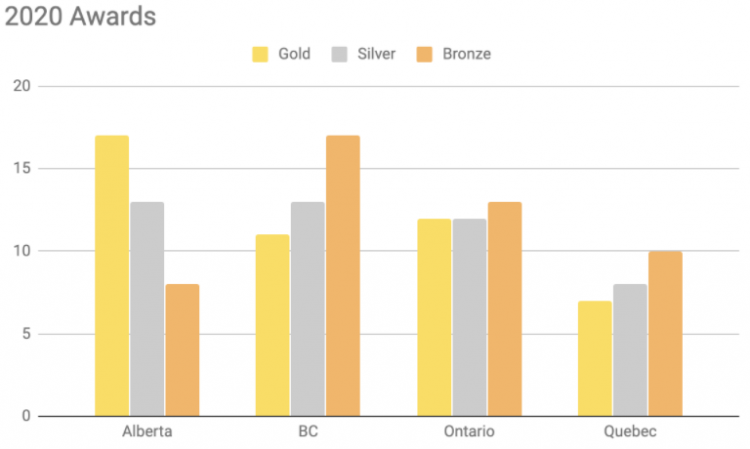 Ryan Tessier of Ale/Sessions​ has a great recap of #Albeerta’s year of dominance at #CBAC2020, pushing aside BC for Western beer glory.

For the last seven years, the Canadian Brewing Awards has been dominated by the big three players: Ontario, Quebec and BC. This year however, tells a very different story. While Ontario and BC still pulled in some impressive hardware, it was Alberta that dominated the show; no other province came close to rivalling Alberta in gold medal wins, an impressive 17 overall. To top that off, BC broke its ten-year streak of winning either Brewery of the Year or Beer of the Year to Alberta-based Common Crown Brewing Co.

Now, Alberta has been steadily improving over the last few years, but to double their medal counts year over year is practically unheard of. Again, whether this is due to 2020 just being a weird year, or Alberta truly coming into its own, is yet to be seen. Either way, Alberta brewers have something to brag about this year.