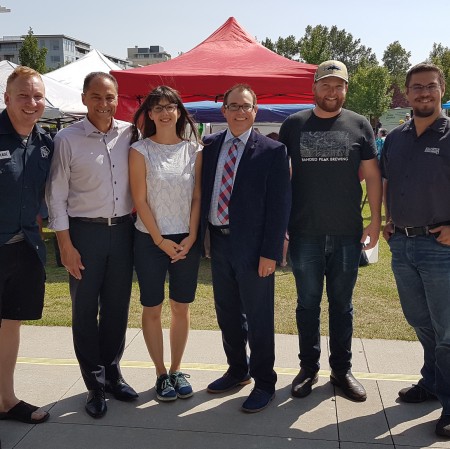 CALGARY, AB – The Government of Alberta has announced that effective August 15th, small breweries and distilleries in the province will be allowed to sell beer and spirits at farmers’ and artisan markets.

“This is yet another way the Government of Alberta is cutting red tape and eliminating unnecessary regulatory burdens on small businesses and consumers,” says Joe Ceci, President of Treasury Board and Minister of Finance. “This policy also builds a new connection between local business and their local community while increasing access to locally made liquor products. This creates new business opportunities for entrepreneurs who are truly at the heart of this policy change.”