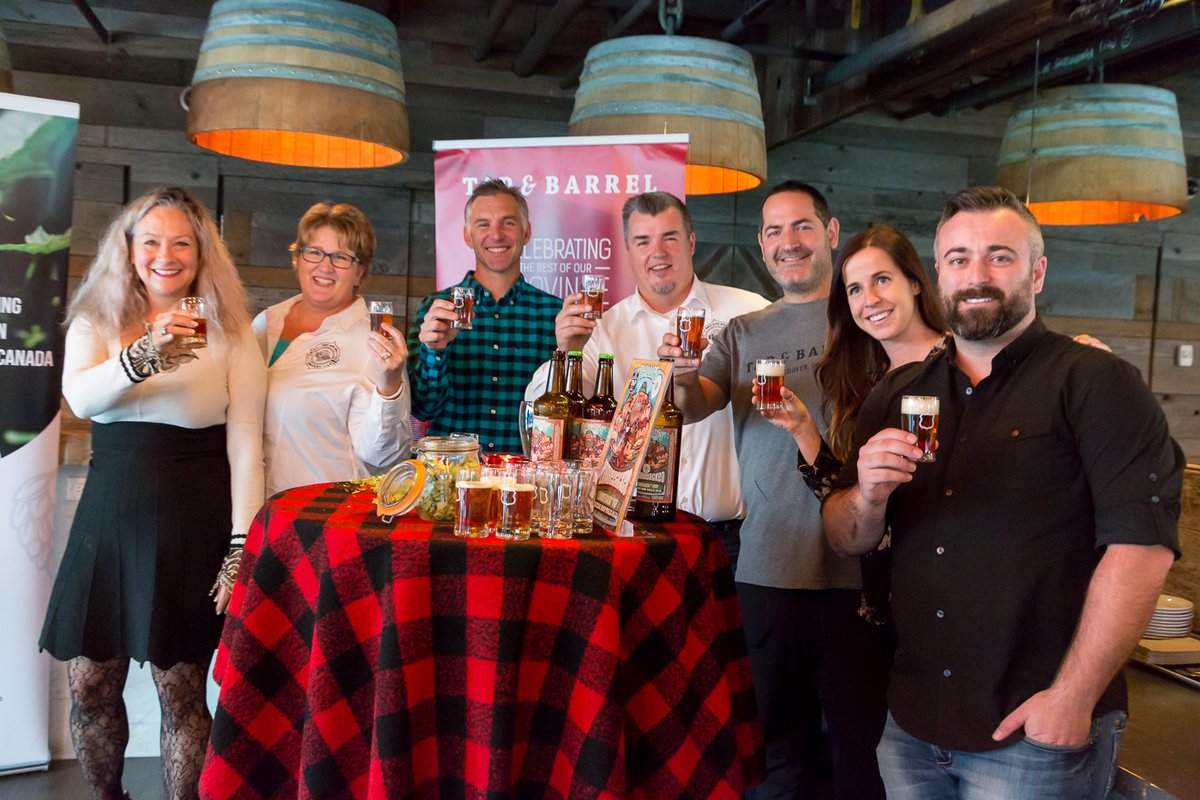 Two announcements were made during a craft-beer-themed press conference yesterday, including a new ‘fresh hop’ beer, and a long-awaited hint at a new lease on life for a farm-based BC brewery.

The beer features a relatively recent comer to the BC hop market named Lumberjack. This particular hop is an example of a made-in-BC agricultural brand. Abbotsford-based BC Hop Co., who recently presented their annual BC Hop Fest, distributes the new hop and notes that Lumberjack is unique to their Sumas Prairie farm. BC Hop Co. had recently demonstrated interest in opportunities to showcase its newly-trademarked hop variety, and they have certainly scored a major win with this release.

Also impressive was the news conference organized to bring attention to the release. What’s Brewing  joined many other news outlets in covering the event. B.C. Agriculture Minister Lana Popham was in attendance to participate in the beer release, but also to announce that Victoria will soon consider relaxing regulations to make it easier for craft breweries to operate on the Agricultural Land Reserve.

The ALR restrictions have been a bone of contention for a couple of farm-based BC breweries, and their fans. CBC News reports that Popham said, “I’m exploring looking at leveling the playing field because we certainly don’t want to take opportunities away from business to flourish here in British Columbia.” Understandably, farm-based Persephone Brewing Company’s CEO Brian Smith called the move positive.

To find out more about the Lumberjacked collaboration, contact.
Donna Dixson
604.614.2123
[email protected]