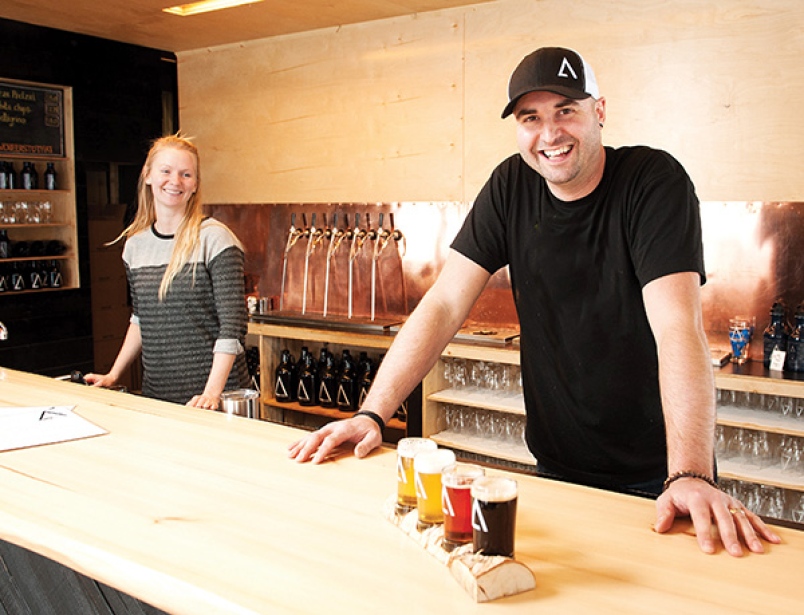 A-Frame Brewing Company opened this past December and Backcountry Brewing is expected to open in March. Alongside the veteran beer makers from Howe Sound Brewing, this will raise the number of microbreweries in town to three.

Microbrewing has become a trend that has swept much of British Columbia, which has around 100 microbreweries. Squamish’s newest beer makers believe it’s a trend that’s due to expand in town.

“There is that thirst,” said Marc Roberts, co-owner of Backcountry Brewing. “People are moving out of Vancouver and they are bringing their preferences with them.”

Beer drinkers are looking for more variety and brewers are rushing to fill that need. “People don’t want to just drink their parents’ beer,” said Roberts. “They want to explore a little bit more. They want to kind of make it their own. “And with all these new flavours coming out, there’s no such thing as people who don’t like beer – there’s a beer out there for you.”

Filed under: Beer In The News
Tagged under: A Frame Brewing, Backcountry Brewing, One Duck Brewing, Squamish