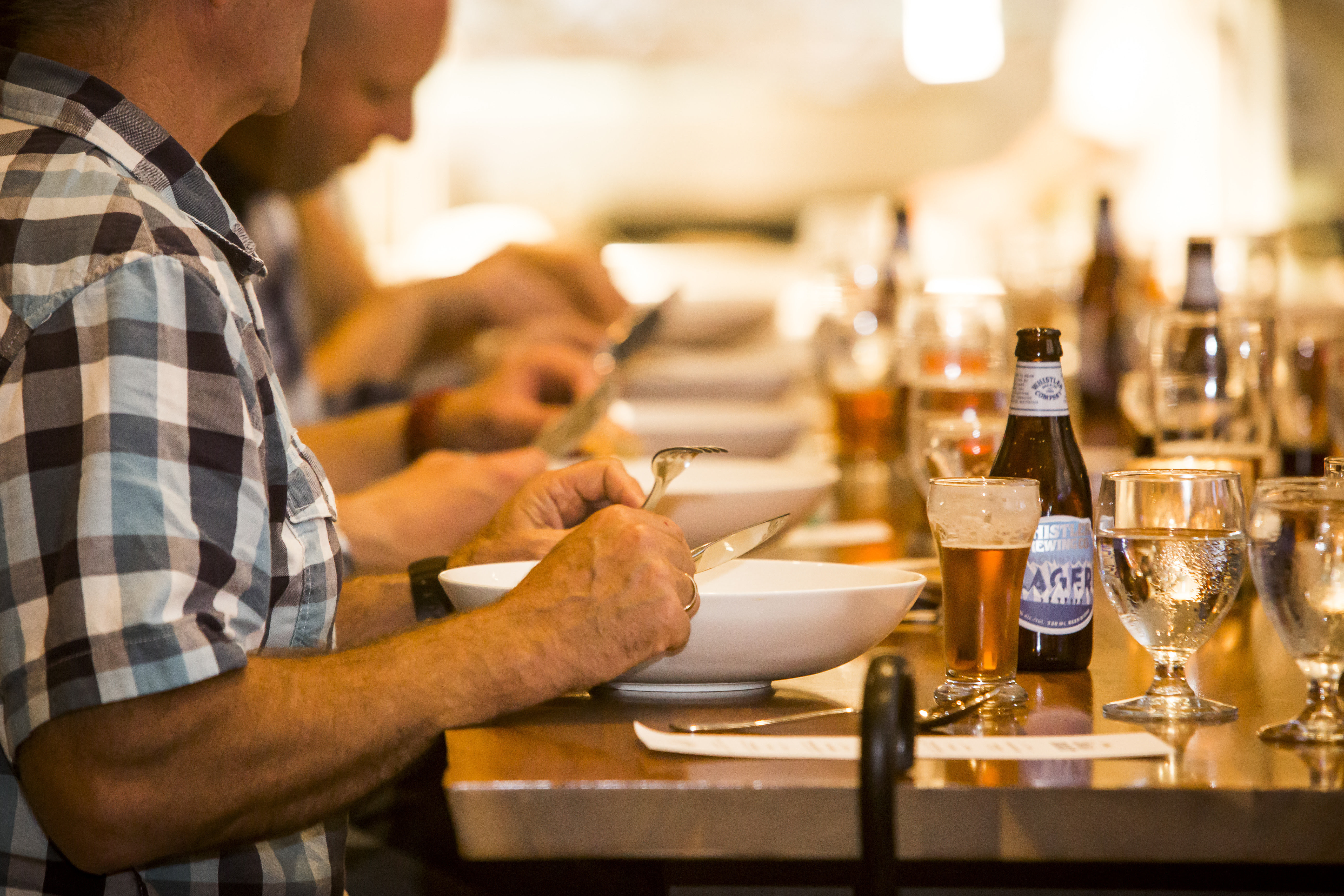 THE WHISTLER VILLAGE BEER FESTIVAL OFFERS FIVE DAYS OF BEER-FUELLED FUN TO ROUND OUT THE MAIN EVENT!

The Whistler Village Beer Festival (WVBF) is more than just the Main Event and festival organizers are excited to offer a full five-day schedule with some returning favourites plus some new events in celebration of the festival’s fifth anniversary. A total of sixteen peripheral events from beer yoga and axe throwing to fine dining and brewers brunches will take place at partner venues throughout Whistler and beyond.

The festival kicks off Wednesday September 13th with Axes & Ales presented by Whistler Brewing Co. This revamp on an old classic will kick off at Forged Axe Throwing in Function Junction before attendees head over to Coast Mountain for a brew then finish the event at Whistler Brewing Co. with beer, barbecue and live music. Thursday sees the return of a classic, Cask Que C’est at Brewhouse, and some first-time events like Sip N’ Stretch, the festival’s first ever beer yoga event. In partnership with Lululemon, this free event capitalizes on this growing trend, where participants will sip on a brew as they’re led through their practice.

Last year’s most popular peripheral event amongst the breweries, Master Crafters, will return on Friday night of the festival. This annual event challenges choice breweries to bring their best brew of a select style to the table and 2017 will showcase a growing trend in craft beer; sours. With only tasting notes, alcohol percentage and IBU, attendees are encouraged to sample each featured beer throughout the evening before casting their vote for their favourite. Music from DJ Foxy Moron, passed plates from the Grill & Vine chefs and interesting stories and antidotes from the MCs help to round out the evening. Master Crafters sold out in 2016 and festival organizers expect the same for this year.

“We’re confident that 2017 is our best full event schedule to date,” says Tara Myers, Partnerships and Events Manager. “With this year being WVBF’s fifth anniversary, we wanted to make sure we were putting together an incredible five-day lineup of beer-fuelled fun. From tap takeovers to axe throwing, this year there really is something for everyone.”

In addition to a fantastic peripheral events lineup, the WVBF Main Event will feature 60 breweries and over 120 varieties of craft beer and cider, complemented by food trucks, games and live music across two days. Tickets are still available but going fast! Beer and festival lovers are encouraged to get theirs now by visiting wvbf.ca.