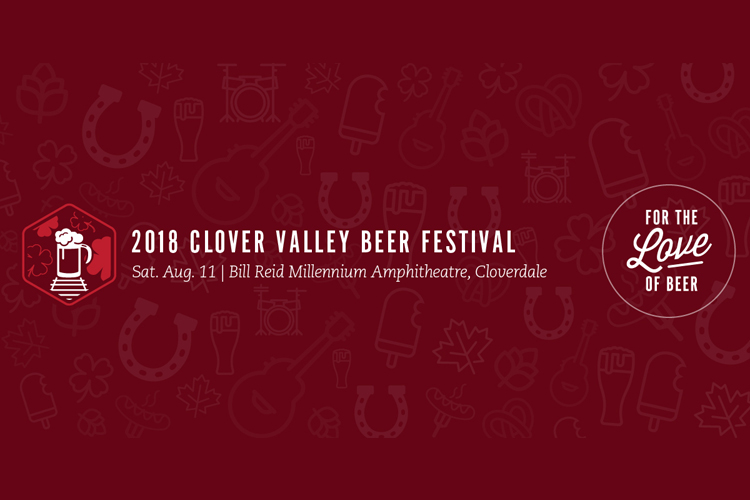 A NEW FESTIVAL IS COMING TO TOWN – THE CLOVER VALLEY BEER FESTIVAL GETS READY TO TAKE OVER THE BILL REID MILLENIUM AMPHITHEATRE THIS AUGUST!

JANUARY 31, WHISTLER, BC – From the team behind the Whistler Village Beer Festival and the Great Okanagan Beer Festival comes the inaugural Clover Valley Beer Festival (CVBF)! CVBF promises to deliver the same lively festival format to Cloverdale that’s proved popular in Whistler and Kelowna, bringing together craft beer enthusiasts and festival lovers along with craft breweries from all over British Columbia, local food trucks & vendors, live music and a ton of beer-fueled fun in a fantastic outdoor setting.

Festival organizers have committed to working with Twins Cancer Fundraising (TCF) as their charitable partner, who will receive proceeds from ticket sales. TCF hosts the annual Gone Country event at the same location as CVBF and to date, has raised over $1.8 million dollars in their fight against cancer.

The event’s creation was based on a growing following that festival organizers have seen from their flagship festivals as well as the continuing growth of the craft beer industry in BC and beyond. The Whistler Village Beer Festival will have its sixth year in September 2018 and the Great Okanagan Beer Festival will have its fourth in May. With those festivals growing in attendance by both breweries and festival-goers every year, organizers felt there was demand to add a third event to their roster.

“We feel that we’ve found a winning formula with WVBF and GOBF and have truly been embraced by the Whistler and Kelowna communities, as well as BC’s craft beer industry. We were on the hunt to find the right location for a third festival and feel that we’ve found a winner with Cloverdale,” says Katrina Frew, Director of Festivals and Events. “The site has a fantastic capacity for growth in future years and we’re incredibly excited to bring a new event to this area as well as make new connections with local businesses and connect with fellow craft beer lovers.”

Based on the success of the event’s first year, the team hopes to eventually expand the festival in future years to incorporate expanded programming at local establishments, like craft beer infused menus, brewer’s socials, after parties and more.

Tickets are on sale now to the public with two options available, a General Admission ticket or an Express Pass, which offers up extra beer tokens and an express entry line. Both types of tickets are available exclusively online at cvbf.ca and are at early bird pricing for a limited time!