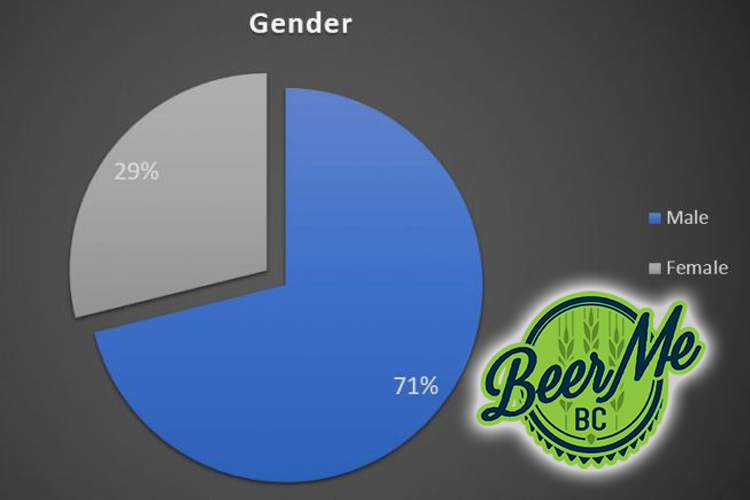 The 2017 BC Craft Survey Results are in. In the 5th annual survey we collected survey responses from 1172 consumers. The survey took place over the duration of November 2017 and responses were collected through an online form.

The respondents to the 2017 BC Craft Beer Survey indicated that 29% of craft beer consumers are currently female with 71% male. There were 3 responses (.26%) that did not enter a response.