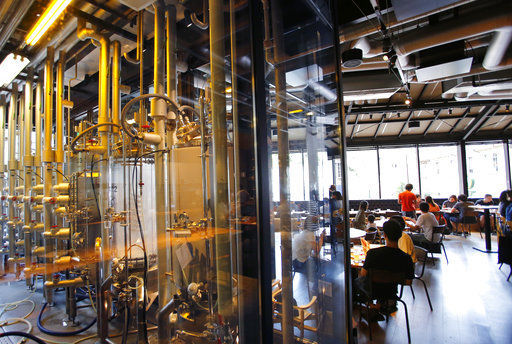 TOKYO (AP) — From beer gardens on the rooftops of department stores to fireworks extravaganzas to quiet, wood-paneled craft breweries, Japanese seem to quaff an awful lot of beer in the summer.

But beer consumption has been tanking for five years straight in Japan, as the younger generation shies away from the obligatory after-work drinking that was a trademark of the dark-suited heroes of Japan Inc.

Japan’s annual per capita beer consumption fell about 7 percent between 2010 to 2015, according to a study by major beer maker Kirin.

The future outlook is for more of the same. It’s such an obvious trend that there’s a Japanese phrase to describe it, “beerooh banareh,” or “leaving beer,” a gradual decline that hit after beer drinking peaked in about the mid-1990s.

Younger Japanese tend to be more independent-minded than their baby boom generation parents or their grandparents, who saw going out for beers with their office bosses and co-workers as a call of duty.