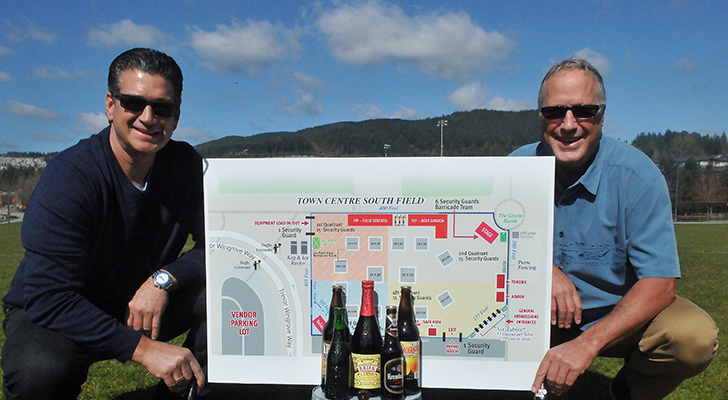 A world of beers will hit Coquitlam’s Town Centre Park in the middle of the city’s 125th anniversary celebrations this summer.

Early bird tickets are now being sold for the July 30 and 31 Coquitlam Kinsmen International Craft Beer Festival, which is being organized by Kinsmen Brent Shaw and Jim Bagan — both of whom have experience with the business of booze — in partnership with the BC Craft Brewers Guild.

More than 10,000 people are expected to attend the 19-plus party that will see about 60 breweries represented from around the world — half of them from B.C.

Filed under: Beer In The News, Events & Festivals
Tagged under: Coquitlam