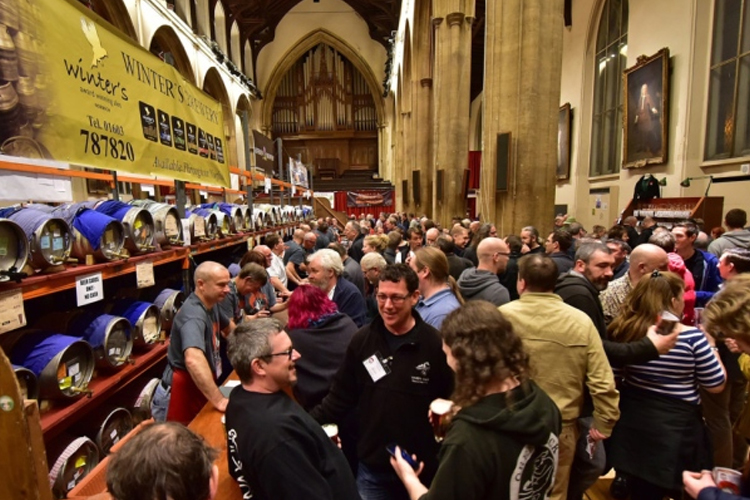 More than 10,000 people are expected through the doors of St Andrews and Blackfriars Halls as the Great British Beer Festival returns to Norwich this week.

It is the sister of the national summer festival in London, and is in the fine city for three years, hosted by Norfolk and Norwich CAMRA.

Running from February 20 to 24, it will be raising money for Age UK Norwich as its 2018 charity partner.

Last year, the festival raised £3,726 for its chosen charity ‘It’s On The Ball’.

Local pubs will also be getting involved as the festival extends to The Fringe which runs for the whole of February, with organised crawls and treasure trails, special events, competitions and featured brewers.