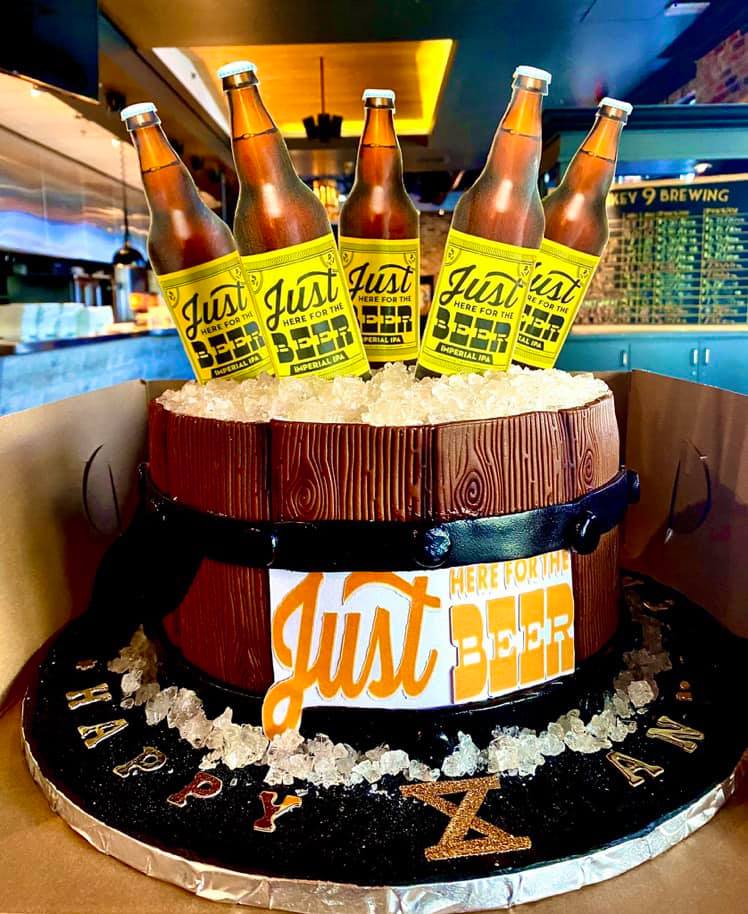 A 10th Anniversary Special two-hour edition of Just Here For The Beer Radio, including a feature on What’s Brewing, will air this weekend on Saturday from 3-5 pm and Sunday from ten to midnight, on Radio TSN 1040 AM.

Tonight, Black’s Pub in Whistler is hosting a brewmaster’s dinner. They will be serving up a 4-course meal with 4 curated beers from Steamworks Brewery.

On Friday, The Longhorn Saloon in Whistler is hosting a Deep Cove Brewing tap takeover with delicious sliders to complement the beers.

On Friday and Saturday, Stonesedge Kitchen in Whistler will serving up craft beer infused platters in partnership with The Beer Farmers. On Saturday and Sunday, they will also be serving up beer infused brunch foods.

From Friday to Sunday, The Woodlands Rooftop in Whistler will be transforming into an Oktoberfest-inspired family-style Bavarian BBQ, with plenty of BC beer to sample and live music.

On Saturday, 3 Dogs Brewery in White Rock is holding a fundraiser to mark World Mental Health Day. On that day, they will donate one dollar from every four- and 16-ounce glass of its new Jack Jack’s Pumpkin Ale to the young programs at Alexandra Neighbourhood House. In addition to beer sales, 3 Dogs will be selling “surprise gift bags” that can contain anything from 3 Dogs Brewing-branded stickers, beer glasses and growlers, as well as contributions from other local businesses.

On Saturday and Sunday, The Raven Room in Whistler is serving up a two-course brunch paired with Coast Mountain Beer.

Whistler Craft Beer is running all month long and they have dozens of events planned, so head to their website to see the full schedule.