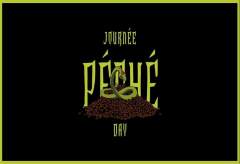 I know what you are thinking, it’s hot out right now and it’s the perfect time to crush light beers. I get it, but you’ll find me at Péché Day on Saturday, sipping on all of those rich, thick coffee imperial stouts. What better way to mark the beginning of spring?

Tonight, The Train Station Pub in Kelowna is hosting episode 4 of their Battle of the Breweries, with a showdown between 4 beers each from Vancouver’s Powell and Steel & Oak.

In Victoria tonight, Joe Wiebe is hosting a seminar at Vessel Liquor, where he will be leading a guided tasting focused on new breweries and beers.

Saturday bring’s Dieu du Ciel’s annual Péché celebration. This year we are lucky enough to have three BC bars pouring a total of 7 unique variations of the world-renowned Péché Mortel. You can check the beers out at The Drake in Victoria, Darby’s Gastown in Vancouver, and The Curious Artistry & Alchemy Café in Kelowna.

Also on Saturday, Backroads Brewing in Nelson, BC will be celebrating their 2nd anniversary with special beer release, live music, and more!

Next Tuesday, Craft Beer Market in Vancouver will be hosting their monthly brewmaster’s dinner, this time they will be pairing 4-courses with beers from Moody Ales.