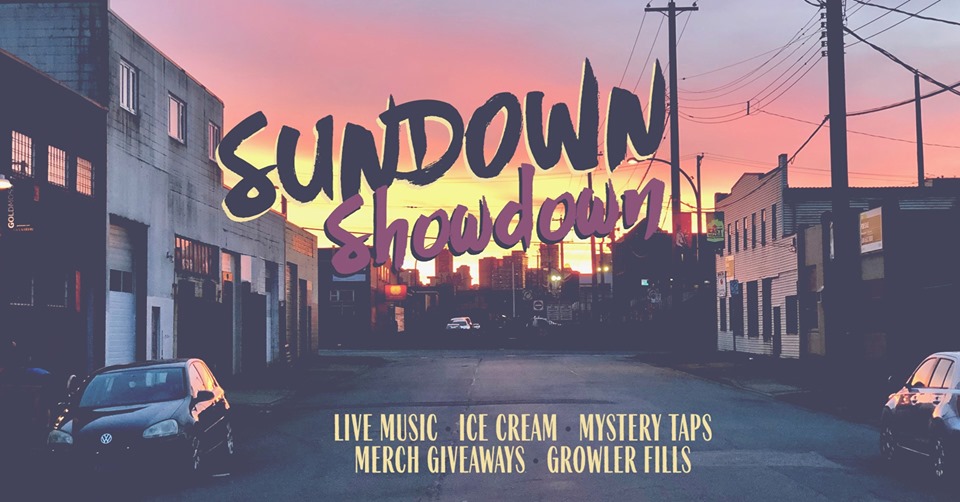 Not sure whether it’s spring, summer, or fall? Well, we’ve got something for every season this coming week. Outdoors events, indoors events, saisons, barrel-aged sours, imperial stouts—beer has you covered (but make sure to carry an umbrella)!

Tonight, Darby’s Gastown is hosting a 33B EXP tap takeover, featuring 5 beers from the experimental branch of 33 Acres Brewing.

At the same time, Tacofino on East Hastings is hosting a Strange Fellows Brewing dinner, where they will be pairing five courses of Baja-by-way-of-West-Coast cuisine with five West Coast crafted, old world inspired brews.

On Friday night Sundown Beer will be marking the final night of their year-long stint at Callister Brewing. They’ll have live music, ice cream, mystery taps, merch giveaways , and the brewers will be there to chat.

On Saturday, Darby’s Gastown is hosting a launch event for Breakside Brewery’s Oligarch. They’ll have four variants of this amazing barrel-aged Russian imperial stout on tap, including the original and three crazy adjunct versions.

In Victoria, The Drake is hosting a barrel-aged event to mark the long weekend. They will be pouring tons of limited (mostly sour) barrel-aged beers from some of the world’s best breweries and will be digging through their cellar for vintage rarities.

Next Wednesday, Strange Fellows Brewing is holding a launch party for their Farmhouse Fest 2019 collaboration beer: Savage. Head down for a sneak peek at this wild rustic saison aged on a multi-culture from Oud Beersel.

Looking ahead, Bells & Whistles will be hosting the official Farmhouse Fest kickoff next Friday. They will have 16 taps pouring farmhouse ales from some of North America’s top breweries. If you weren’t able to get tickets to Saturday’s sold-out main event, this is a great way to try some of the beers.