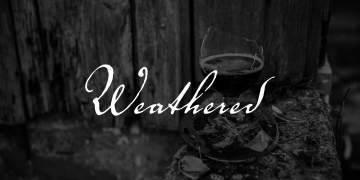 Happy New Year! I hope you all had a fun craft beer-filled NYE and have recovered more quickly than I have! January is traditionally a quieter time for craft beer events, but what we lack in quantity, we more than make up for in quality!

This Saturday, The Drake in Victoria is hosting their 5th annual Wild & Sour Day. While the ticketed portion of the event is sold out, general admission starts at 14:30 and will feature dozens of tart and funky libations from Cascade, Crux, Four Winds, Ile Sauvage, Jester King, Tilquin, Upright, and many more!

Saturday the 12th brings Weathered Beer Celebration. The first of its kind in BC, this curated beer and art event celebrates imperial stouts, barleywines, extreme hops, and fancy sours! Tickets to session one are almost sold out, but there are still a few tickets left for session two. This one promises to be really special, so don’t miss out!

On Sunday the 13th The Drake is hosting a launch party for Four Winds and Collective Arts’ Her Pils IV collaboration, with a mini tap takeover featuring several beers from each brewery.

If you are looking for something a little different, check out the BC Beer Wars Orientation on the 13th. The event features cheap beers and live sparring between members of the BC craft beer industry.