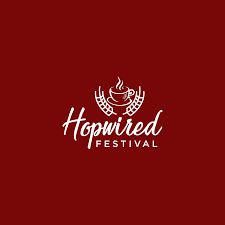 Wow! This looks like a busy week! Also, don’t forget Victoria Beer Week runs from March 1–9, so grab your tickets for that soon!

In Victoria tonight, Joe Wiebe is hosting a belated-Valentine’s pairing of 8 beers & chocolates at Vessel Liquor.

On Friday night, 12 Kings Pub in Vancouver is hosting a tap takeover by 2 Crows Brewing from Halifax, NS. They will be pouring 12 taps and the head brewer will be in attendance.

This Saturday, the buzz is all about Hopwired Festival in Vancouver—Canada’s first and only specialty coffee and craft beer festival. As coffee beer lover I’m very excited about this one! There’s only a handful of tickets left, so don’t sleep on it! You probably won’t be able to sleep after either. 😉

Also on Saturday, Gibsons Tapworks is celebrating their 2nd anniversary with a new cask release and live music all day long.

Next Tuesday, Persephone Brewing is hosting a fireside chat with Jenn Vervier, about her near 20 year career at New Belgium Brewing. Sure to be fascinating!

Next Wednesday, Smiths pub in Victoria is hosting a tap takeover by Vancouver’s Electric Bicycle Brewing. There’s no tap list yet, but it’s sure to be weird and wonderful.