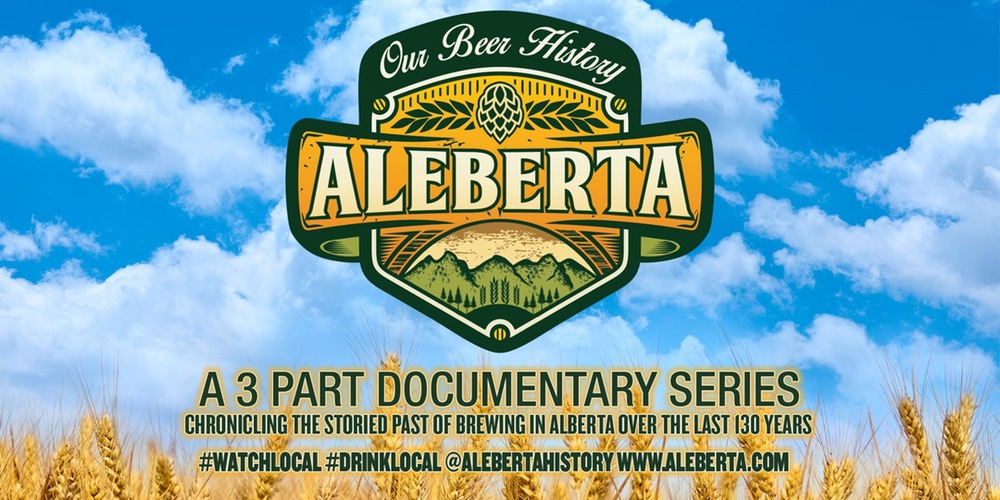 Join us for the Vancouver launch of Aleberta: Our Beer History. A three part documentary series exploring the epic and storied history that is Alberta’s unique beer history.

Alberta’s first chapter in it’s beer history began in 1884 in Medicine Hat, Alberta. The province experienced periods of massive growth and succession in beer culture, centred around the prohibition era. From the creation of the “Greatest Outdoor Show On Earth,” to Segregated Drinking in the late 1960s, episode one looks at who survived, who withdrew, and who paved the way for Alberta’s next beer boom.

Big Rock Brewery established itself as a true craft brewery in 1985. Episode two looks at the point where we begin to see why Alberta’s beer scene became nearly stagnant, and why a push towards updating legislation, the 1988 Winter Olympics, and importing product into California, all played a role in shaping what we have today.

The rules were re-written, and the game changed. Episode three looks at the community, the culture, and the recognition of a Province in the midst of a third-wave of brewery expansion.

Come early and enjoy the cask.

All Proceeds will be donated to Two Wheel View. Two Wheel View has been using the bicycle as a tool to create opportunities for young people to learn lessons in leadership, health and wellness, achievement and environmental stewardship through hands-on education programs and bike trips since 2001.

Get your tickets here! http://www.aleberta.com/yvr-screening