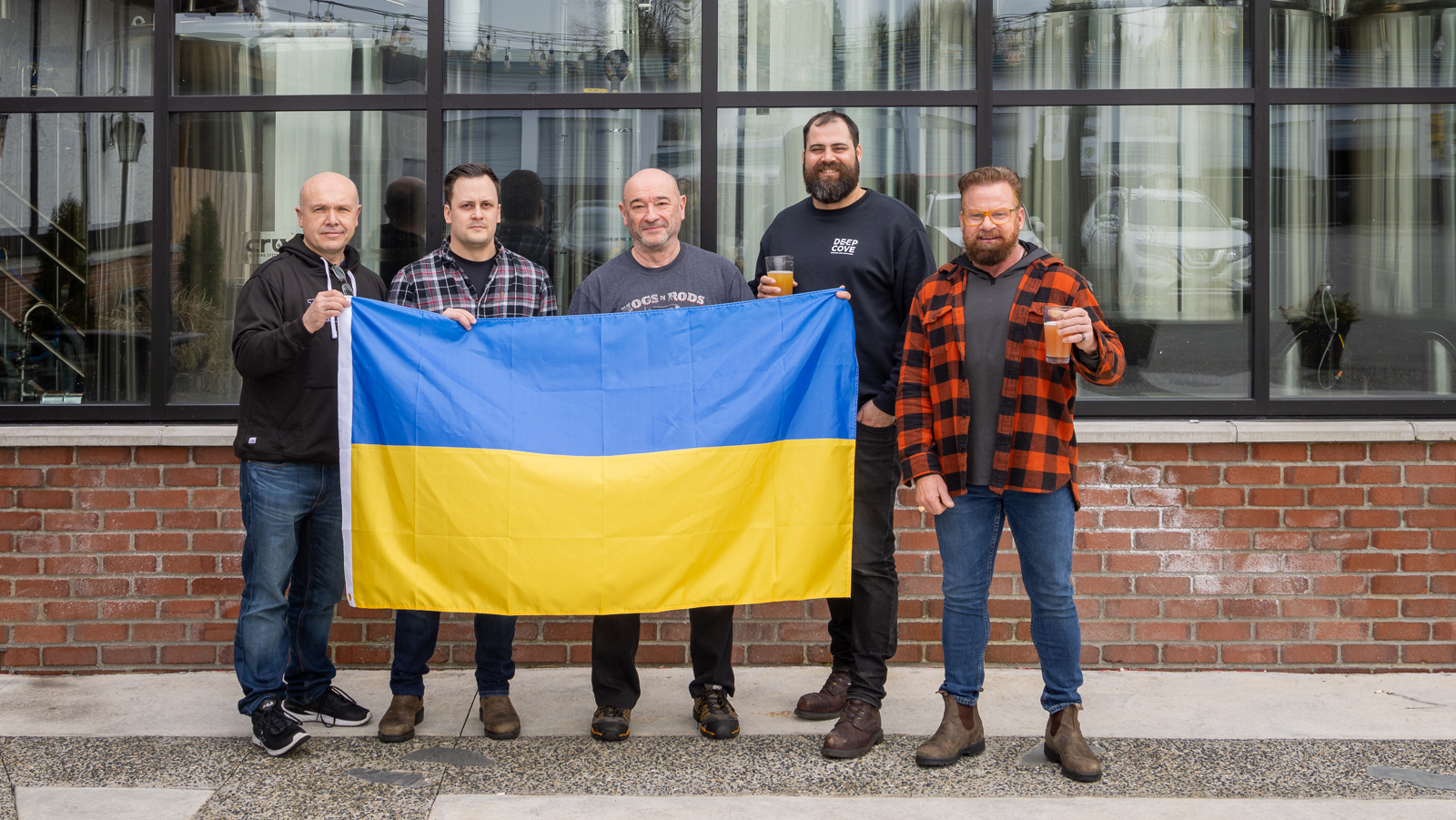 Craft brewers from Port Coquitlam, Langley, North Vancouver and East Van joined together on March 24th to support Ukraine in their own unique way.

Rick Dellow, Head Brewer at PoCo Brothers Brewing, recently acquired an award-winning recipe for a Ukrainian Golden Ale donated by Pravda Beer Theatre in Lviv, Ukraine. Pravda had reached out to the international community to increase awareness of Ukraine’s history and generate much-needed support for families displaced by the conflict there. The recipe was in Ukrainian, so accurately translating it letter by letter was required before brewing took place.

Other breweries participating but not present included Vancouver’s Brassneck Brewery and R&B Brewing, as well as Port Coquitlam’s Tinhouse Brewing and Boardwalk Brewing. Thanks also to Stefan Lillos of Hops Connect for the hop donation.

When asked about staging a charity event seemingly outside the norm, Rick pointed out that “What is going on in Ukraine is outside the standard in our lifetime. We should expect the response to be outside of our experience too.”

“This is our collaboration to try and help the brave people of Ukraine”, Dellow continued. “For me, ideally in a months’ time, we do this again at a different host brewery. I would invite any other breweries to put a group together and do the same. Ukraine is going to need help for quite some time.”

Byron from Deep Cove noted, “We talked about each brewery hosting events for the launch. The four breweries present will pick a day each during a four-day weekend to hold an event and really raise awareness. I see this as something everyone can get together on. I’m super excited to be part of this.”

Adam from Five Roads added, “Rick reached out and said he wanted to do a collaborative beer for Ukraine, including as many breweries as possible. I thought it was a no-brainer because we wanted to do something. All wholesale proceeds and a portion of commercial sales will go to the fundraiser.”

The collab brew will produce 24 kegs of beer, which will be evenly distributed to the eight participants. Watch for this new Ukrainian Golden Ale to be released at participating breweries in the next three weeks. Proceeds from keg sales as well as $2 per pint sold will be donated to World Central Kitchen to help feed displaced citizens from the Ukraine.