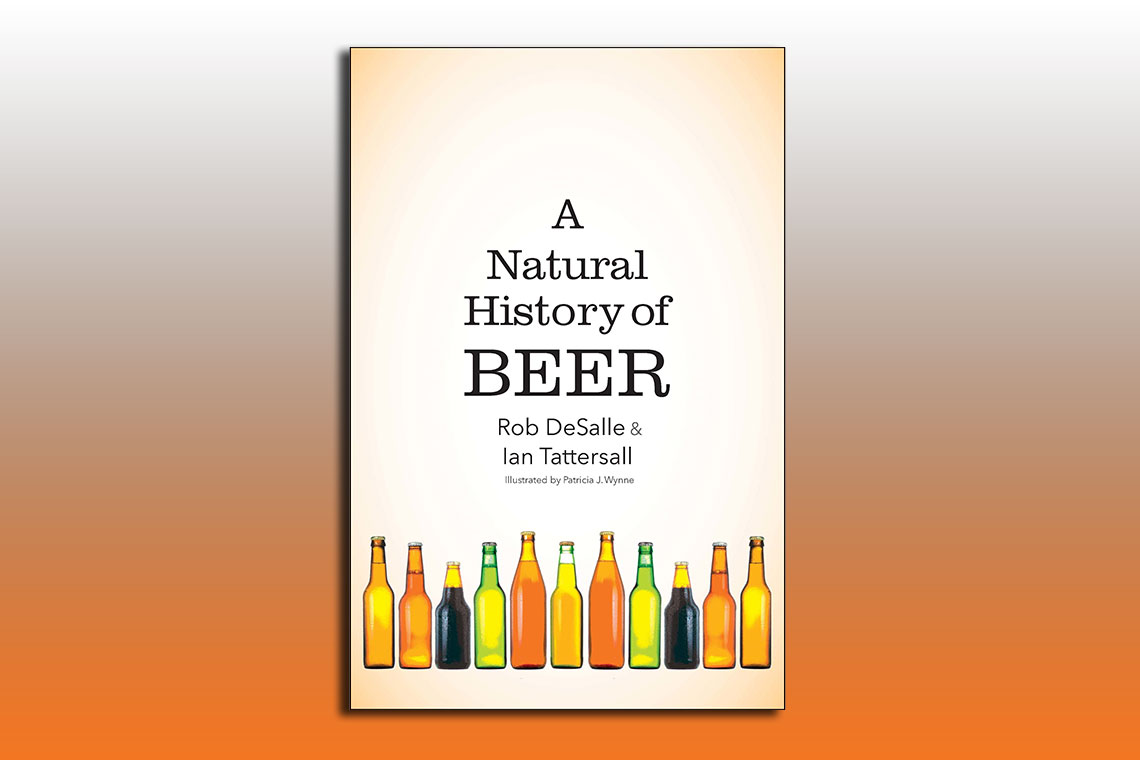 Beer and its constituent parts are increasingly being considered as subjects for serious scientific research. If knowing what is happening in beer research is of interest to you but reading through a pile of research papers isn’t in your schedule, A Natural History of Beer might be right up your alley. Written by Rob DeSalle and Ian Tattersall, A Natural History of Beer (Yale University Press) is the follow up to their first book, A Natural History of Wine, and is all about the most recent and exciting research being done around beer. Much like Beeronomics, another academic beer book, A Natural History of Beer is less about expressing the authors’ own ideas or findings and more about synthesizing a large amount of research conducted by others. It’s also wide-ranging, traversing “evolution, ecology, history, primatology, physiology, neurobiology, chemistry and even a bit of physics.” The authors discuss, in detail, findings on the genome sequencing of hops, barley and yeast and what that indicates regarding evolutionary history. There is also a chapter on beer bellies.

There is always room for more books about beer that dive into the deep end, whether it’s in science, theory, history or culture. Sometimes we like our beer books like a session beer: quick and not too demanding. But eventually we want the one that reads like a barrel-aged imperial stout. We want to have our minds blown. So we must celebrate a book that takes a good look at the most recent science of beer.

The question about A Natural History of Beer is whether it is a beer book that has a lot of science, or a science book that has a lot of beer. Neither is bad, but the former will appeal to the average beer nerd more than the latter. Unfortunately, the writing slips into the latter at times throughout the book. This is not unforgivable, but there is something slightly disingenuous about a college professor who advertises a course as being about beer when in fact the course uses beer as a way to teach genomics, phylogeny or some other field of science. This comes up often throughout the book, and even the authors suggest skipping the chapter on essential molecules, which has little to do with beer (other than, yes, having molecules).

There will always be a place for good science on some readers’ bookshelves. If a deep dive into the science of beer sounds like a good escape from the world’s more immediate problems, then crack a beer and A Natural History of Beer and read like it’s 2019 again.