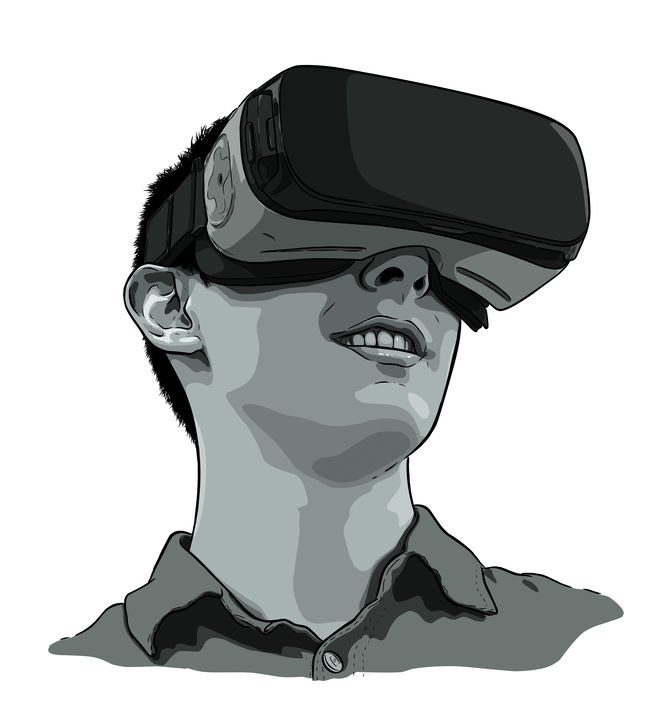 Longtime What’s Brewing columnist J. Random tackles the theme of our Winter 2020 “Virtual Beerality” issue by looking into the future of craft brewing.

First, let’s deal with the obvious: current trends are likely to continue. Cans will get bigger, low-alcohol/high-flavour beers will proliferate, legal drinking in parks will expand, slowly, and old ideas will get recycled. As proof of the first and last of these, Watneys has brought back the Party Seven in the UK.

Second, I believe the craft has woven itself so deeply in the fabric of BC that nothing, certainly not COVID-19, can unravel it. We will forever be able find great beer across this great province, in liquor stores, bars, restaurants, and brewery tasting rooms. The “tasting lounge as community hub” has only been a big part of this industry for seven years. While this did accelerate industry growth, it is not essential for viability, thanks to the advent of small-scale canning lines. There is no reason why on-site consumption should not come back after effective vaccines and treatments are widely available. Natural calamities, initially a setback, typically add momentum to revolution and to evolution.

Human progress is characterised by brief periods of social, economic, political, or industrial revolution, then consolidation and retrenchment. Such upheavals are separated by longer spells of gradual transformation as the next revolution foments (or maybe ferments). BC’s craft beer revolution was documented in our Summer 2020 issue: the late-80s ripple, late-90s wave, and tsunami of the 2010s.

As seen in the graph above, the 2020 pandemic has not caused the wave of closures some of us worried about. However, many small breweries can barely make ends meet and their financial reserves are depleted. Under-capitalization plus lack of business acumen, or a few bad beer batches down the drain, has spelled the end for several ventures in BC’s relatively short craft beer history. With the examples that come to mind, the facility was shuttered and the equipment scrapped or sold on. However, those were during the years of struggle, before craft beer became so widely known and loved. More recently, the facilities of failing businesses have been snapped up by new ventures. Generally, these have been one-for-one replacements, but R&B Brewing’s incorporation into Howe Sound Brewing in 2015 may prove the model for future industry consolidation.

Leaving aside the Mark James Group brewpubs, down from five to three, BC has not seen the development of brewery chains along the lines of Rogue Ales and McMenamins in Oregon. With the maturation of the BC’s industry, I see the potential for growth of such chains by consolidation among our current crop of small, independent businesses. One only needs to look at the UK for examples of this phenomenon; like Oregon, a culture with longer recent history of small breweries than BC. Consolidation need not be a bad thing, if each brewery is kept open, with its own branding, culture and signature beers, as Howe Sound did with R&B. Good times in one small town can offset tough times in another, and best practices are more readily shared. More upsetting would be the big breweries gobbling up the little guys. This seems unlikely, since they seem to be interested only in the medium-sized operations. My nightmare lies at the other end of the scale, with craft brewing being franchised (No. Don’t force me on the “McDonAles” travelator).

Evolution involves diversification followed by rationalization. Survival of the fittest—the best suited to their current environment or most adaptable to other environments—leads to their proliferation at the expense of others. We have seen massive diversification in the variety of beer as BC breweries adopt and adapt styles from across the world. It is tough to produce a lot of these really well. While some have suggested that seasonals-only is the way of the future and core brands may be a thing of the past (What’s Brewing Summer 2019), an understanding of biological systems suggests quite the reverse: a focus on distinctive competence. Specialization in the beer styles that each outfit does well seems a logical move at this point. Not to say the range of beers available in craft beer bars and restaurants will become depleted. You just won’t see a row of four hazy IPAs, or four West Coast IPAs, for that matter.

These two trends could readily complement each other with exchange of beers across the various breweries in a business group, as Rogue has done for many years in Oregon.

In terms of ingredients, we already know climate change could cause a worldwide barley shortage, unless moving to plant-based diets reduces the proportion going for animal feed. Alberta’s ability to irrigate barley will dry up if their rivers from the Rockies run out of snowpack and glacier-melt. Drought in the Willamette valley may also affect the supply of hops, since they grow, and resist disease, best in deep soil with a good supply of groundwater. If arbitrary tariffs hadn’t already, pandemic nationalism has taught us not to rely too heavily on imports from the USA. Climate change is not all in the same direction everywhere. In most cases, it means exaggeration of local climate characteristics. Water is one thing BC is unlikely to run out of. Self-sufficiency in hops and barley is something we should continue to work towards. The resurgence of hop growing in BC has been great to see. Phillips Brewing and Malting and Field House Brewery have already shown the way with barley. If the economics prove marginal, local research shows inter-cropping with peas could be the ideal solution. Pea ale anyone? Anyone?

In conclusion, I find these days only one thing is constant: the speed of the rate of change is getting faster. By the time you read this, my soothsaying could already be reality.

J. Random
J. Random has been penning the Ullage & Spillage column for What's Brewing since 2003.