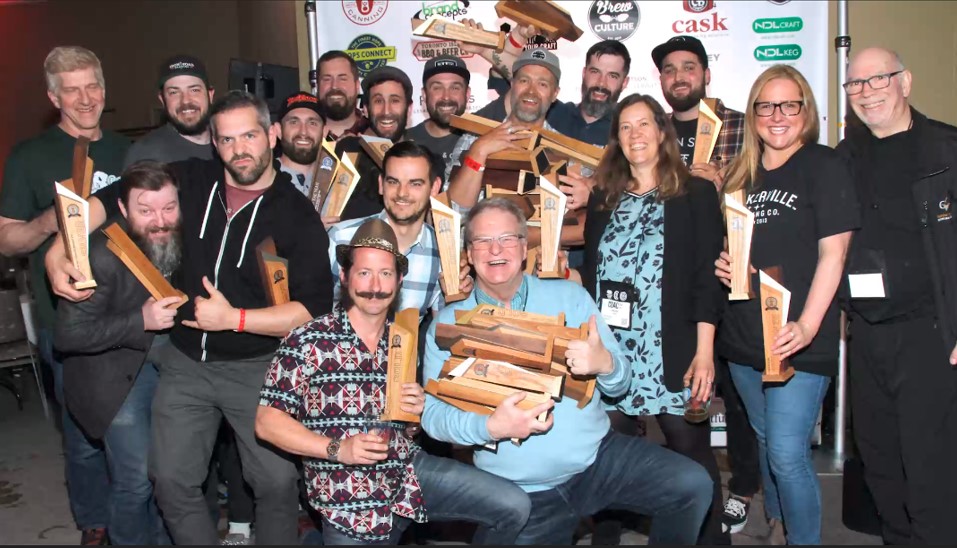 Every year, Canadian brewing industry folks gather for the Canadian Brewing Awards & Conference (CBAC), presented by the TAPS Media group. Since 2003, CBAC has been recognized as Canada’s highest national competition for judging the quality of Canadian manufactured beer. Awards presented include a Canadian Brewery of the Year and Canadian Beer of the Year.

In early years, the event was primarily staged in Central Canada, where TAPS is based. However the gala has come to BC twice before. In 2013, the event was held in Victoria, then in 2016, it came to Richmond’s Sheraton Airport Inn.

This year, the awards were scheduled to return to BC (and Canada)’s original craft beer capital; CBAC 2020 was to be held in Victoria back in May. After the reality of COVID settled in, the awards were first postponed to September, then pushed online.

In any given year, there are hundreds of submissions for the awards’ 55 categories. Breweries pay $100 a (wobbly) pop to enter their brews into the competition. For 2020, Langley’s brand-new Farm Country Brewing served as a collection point for samples coming in from the West.

Now, the samples have been sampled, judges have completed judging, the (presumably real) trophies have been commissioned, and it’s time to settle in and see who comes out on top in this year’s Canadian Brewing Awards & Conference. To watch, tune in to www.canadianbrewingawards.com tomorrow at 4:00 PM Pacific.

Will BC Dominate Again?

BC, with its 200 breweries, comprises less than 20% of Canada’s craft brewing community. However our province consistently takes 30% of the awards handed out each year. That’s just one of the ways that Canada’s birthplace of craft brewing continues to punch above its weight and lead the pack in recognition of brewing excellence.

Last year, we posted an editorial in which we outlined that every year this past decade, a BC brewery has won either Brewery of the Year or Beer of Year. That goes from 2010 until last year:

As a #BCCraftBeer fan, you can rest assured that you’re in a great place to experience high-level brewing. As you cheer on BC’s breweries on Saturday, give thanks for that and raise a toast to the Left Coast.