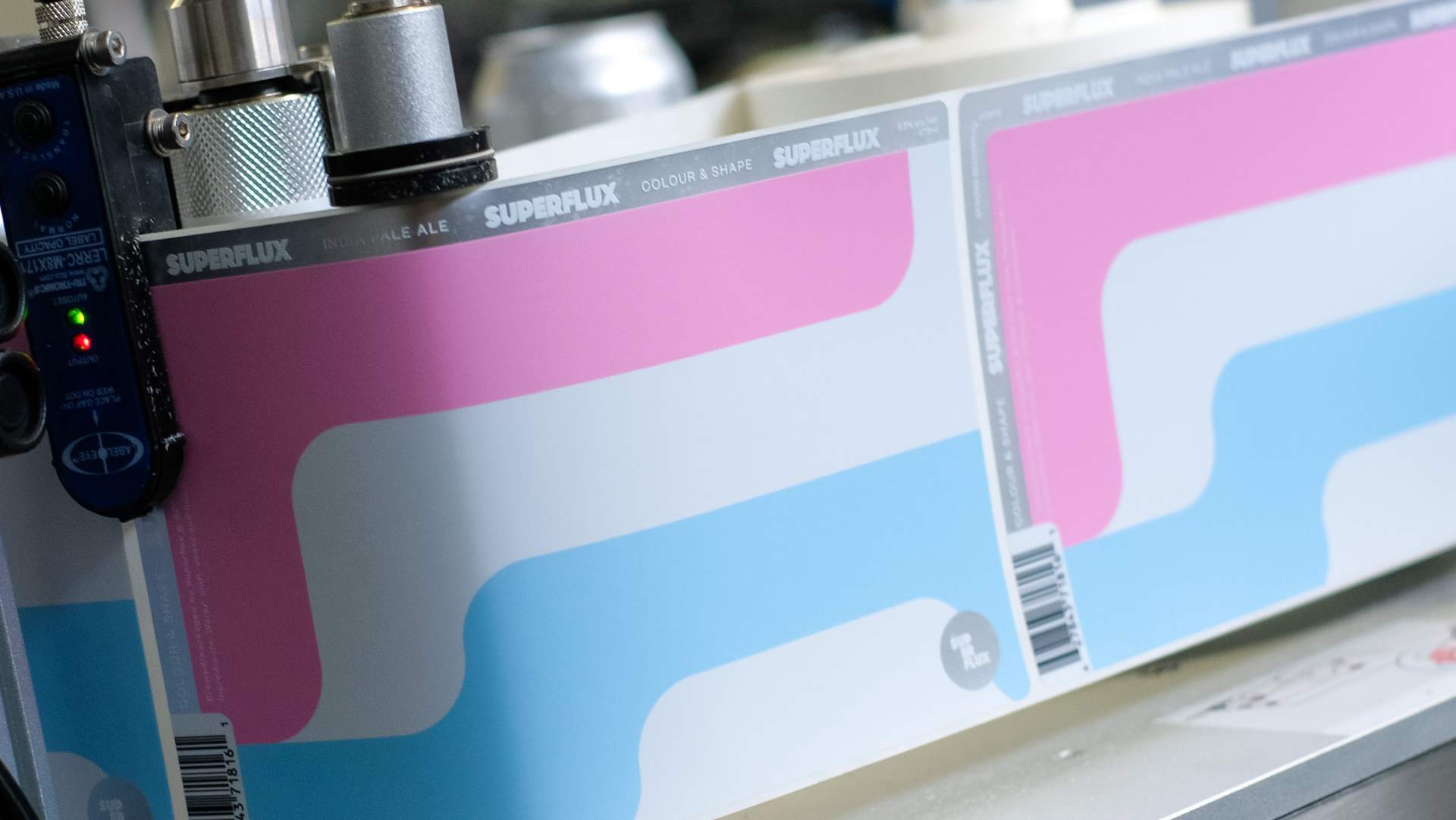 Recently, an already-packed #YeastVan welcomed a celebrated new member with a built-in following that is bound to reinvigorate foot traffic within the now-veteran brewery district.

In a number of ways, Superflux Beer Company represents a modern wave of craft beer—and craft beer culture—which evolved in the mid-2010s with the rise of big-flavoured, expensive-to-brew beers, avant-garde packaging and conspicuous Instagram popularity. Unlike contemporaries like Backcountry Brewing, Beere Brewing and Twin Sails, Superflux built their brand in others’ breweries. Like slighly younger craft cousin Boombox Brewing Co., Superflux has not owned the roof over its head. But there’s something to be said for living with your parents until you’ve saved up enough to buy your own place.

The case of the successful brewery bootstrapping itself step by step through partnerships with host or contract brewers has been one of the traditions of the craft beer rennaisance, going back to 1980s brands Boston Beer Co. (Samuel Adams) and Pete’s Brewing Co.‘s Wicked Ale. Here in BC, Fuggles & Warlock Craftworks is a familar example.

One could argue that, until now, one of the key things Superflux has had going for it also happens to have been its biggest perceived business problem: that they have had no brewery of their own. Normally, the fact that they’ve brewed out of three different homes (Callister Brewing, then Dogwood Brewing, and until recently Strathcona Brewing)  and had two different names (originating as Machine Ales) would tend to indicate a level of problem-solving going on. In this case however, it’s possible that the ‘client brewery’ approach has provided an advantage to founders Adam Henderson and Matt Kohlen beyond the obvious deferring of financial outlay.

When a (highly skilled) sub-brewer like Superflux works out of a conventional brewery, there’s a sense of rarity involved in their work. Case in point was the popularity of ‘Boombox Wednesdays‘ at Callister, leveraging the FOMO notion that a hip brewery might release beers on special days. It’s the same principle that makes it difficult for highly-regarded Luppolo Brewing to compete with the sexiness of its own sublet client Temporal Ales. Multiplying the innate specialness of these ‘associate brewery’ examples  is that sense of potential impermanence, as well as natural empathy for an underdog, even when that underdog is doing well.

Apparently, Superflux has been doing well enough for Henderson and Kohlen to take the next major step in their journey. With this step comes certain realities, which we discussed on a phone call with Adam this week.

What’s Brewing: I assume you’re pretty happy with how things have gone in your first week or two.

You’ve migrated from being a ‘client brewer’ to having your own place, and being responsible for all the legalities involved. Which things make up the biggest transition?

For sure, just around the production of beer, you’ve got your own facility; you’ve got a lot more flexibility. And possibilities, in terms of what it is you can produce. You know, if you’re in somebody else’s brewery, obviously your schedule comes second to the schedule of the host brewery, so that would be one thing for sure.

Obviously one of the other things is, we’re now able to sell our beer directly on site. This is great for us. We did do some of that with Strathcona (or rather, they would do it since they had the license) but again, it’s fantastic to have our own.

So yeah, I mean in general, we’re happy to be dealing with all of those things because this has been our goal for a really long time.

There are just a whole lot more little things to worry about when you get the facility. I mean, when something breaks down: the power doesn’t work, the Wi-Fi doesn’t work, the water gets shut off or something. There are just a million things that you have to worry about to operate a facility as opposed to, you know, just coming in and brewing a beer there.

That’s what I’m thinking. Now, if the bathrooms are dirty, it’s your problem.

Exactly. We are very happy to have that problem!

Now, anybody who owns a small business is involved in many things. But you guys have been operating out of two places at once. Have you guys been burning the candle at both ends?

You know, Matt and Simon I have over the last little while, while the brewery was coming together. But we were able to divide up the work.

I deal with a lot of the non-brewing items. You know, the real estate transactions, the legalities of bureaucracy, the licensing, dealing with the city and permits as well as managing. Our sales and finance and everything in that realm.

As we were at the building stage and dealing with the design, acquisition of equipment and so on, Matt and I would deal with that. And we could kind of manage that. Where it got really busy was when construction started getting closer to completion and at that point Matt came to basically focus on the new facility, and Simon our Head Brewer managed all of the brewing that was happening at Strathcona.

The final couple weeks, there was a crazy push where everybody was doing everything. We stopped brewing at Strathcona in June, so everybody’s been here since.

Sometime around July, we had four or five weeks where we weren’t brewing, trying to get ready to pass inspections and get our license. Since then it’s been crazy because we’ve just been brewing at full tilt to get enough beer to open.

I think in the coming weeks things will calm down a bit and we’ll be pretty well caught up. But you never know; we’ll see. But we have the ability to produce a lot of beer in this facility and we expect to get caught up and have things calm down a little bit.

Well, by the way, how big is the brew house?

With the dry hopping that we do, I guess it’s easiest just to say that we have a 25-30 hl brewhouse, and we brew into 60 hl tanks. We have a couple of single batch tanks, but 50 hl has been the size we’ve been using for the last couple of years at Strathcona, so we’re used to brewing double batches into those tanks and that’s what we do for most of our beer.

I understand you’ve started with retail and you’re gonna be trying to get the tasting room open next month, right?

That is our hope, yes!

Superflux Beer Co. is now open at 505 Clark Drive in Vancouver, where Budget Printing used to be. It’s right between Powell Brewery on the north, Strathcona to the west and Strange Fellows/Luppolo/Off The Rail and Bomber to the south. In other words, it’s time to get out and crawl Yeast Van again!