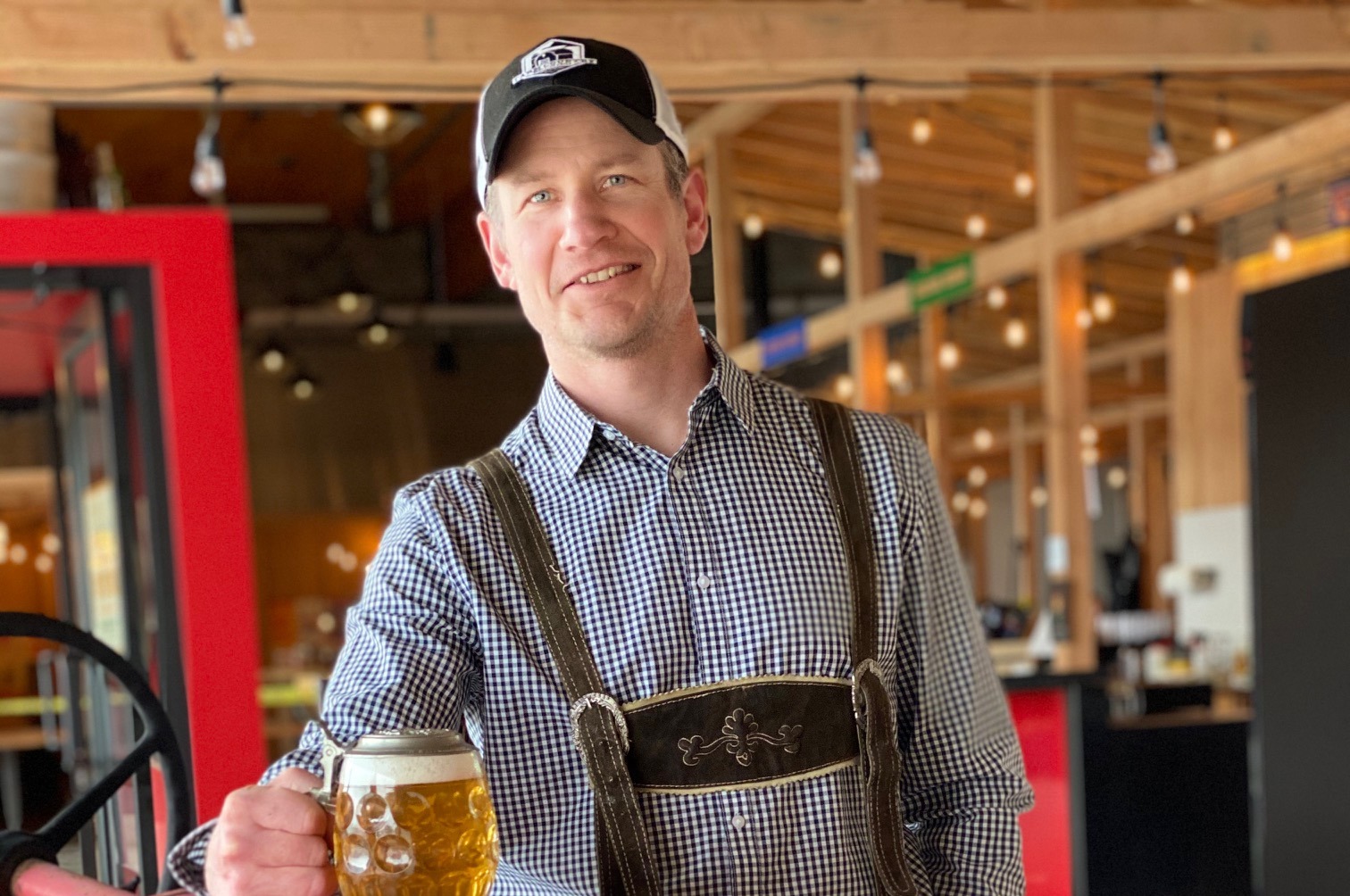 On Saturday, December 14th 2019, Langley City got its first-ever craft brewery when Farm Country Brewing opened its doors to the public. And did the public ever respond, creating a lineup to enter that lasted all day long.

COVID-19 forced BC’s breweries to temporarily close their tasting lounges, then pivot madly to a new model, then open the lounges back up again. In this series, we spotlight BC breweries coping with those changes.

Today, we introduce you to co-founder Arnold Tobler, who just turned 44 years old. Happy birthday wishes to Arnold! Here’s what he had to say about dealing with the challenges of COVID in a brewery that had only just barely opened.

When the shutdown hit in March, how badly were you affected at first?

Hugely affected; shutting our doors after only being open for 3 months was a real blow!

What was demand like for you during the lockdown? How much did you shift to retail, packaging and online sales?

We shifted 100% to packaged product. It was our only option. The orders from the stores that stock our products increased slightly and we started up home deliveries to help survive. In the tasting room off sales were slow during the week and then picked up on the weekends but we saw many of the same faces coming through the doors every week. It was a great opportunity to get to know our local supporters better!

How much of your staffing have you been able to retain?

Initially we had to lay everyone off except for Jack (our head brewer). That really sucked! We have been able to bring back everyone who wanted to come back and actually had to hire a few more part time staff to deal with the increased cleaning and safety protocols we have implemented.

How have things gone with reopening? What was the most inconvenient aspect?

Things have gone pretty well, but with social distancing measures in place we can only fit 50-60 customers in at any one time instead of our normal 105. The most inconvenient thing is the increased cleaning and constant monitoring of seats in the tasting room. This requires additional staff but we can only have half the people which equals less revenue.

How is traffic in the tasting room?

Things have been extremely erratic since opening back up. It has been really hard find a steady flow, one weekend we are very busy and the next extremely slow. We have also noticed a trend toward people heading home earlier with off-sales rather than staying later in the tasting room for another drink or 2.

What’s your policy around growlers and refills? Any other noteworthy adjustments you’ve had to make?

We are doing growler fills. Our filling system has a distinct advantage over many others due to the fact that our hoses are detached and sanitized between every fill. We have also implemented a 30 second dunk of all customer growlers before filling, so we are confident this is a safe practice to be following. 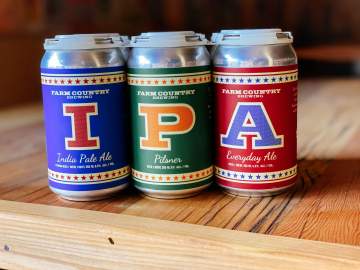 Are you waiting on or affected by any legislation?

Right now we are dealing with some issues for our temporary patio application with the City, but we hope to have that resolved soon so we can add an addition 20-30 seat patio.

Regarding the federal government: what people might not realize is that as a brand new start up we don’t qualify for the COVID wage subsidy. Other breweries, pubs and restaurants that been open for a more than a year can compare their last years sales month by month and if business is down 30% they qualify.  We cannot do the same. Right now we are operating with half the capacity but with additional staffing to enforce cleaning and social distancing and are paying full wages while others are only paying 25% of employees wages. Hardly a level playing field.

What do you think the province or your municipal government should be doing next?

I think that licensing parks and other outdoor public spaces would be a welcome change. people could enjoy a picnic with a beer or a glass of wine. What would be so bad about that? It’s been done in Europe for many years…how civilized.

A lineup forms to get in to Farm Country on opening day!

Lots of space in the cold room

Lots of space in the cold room