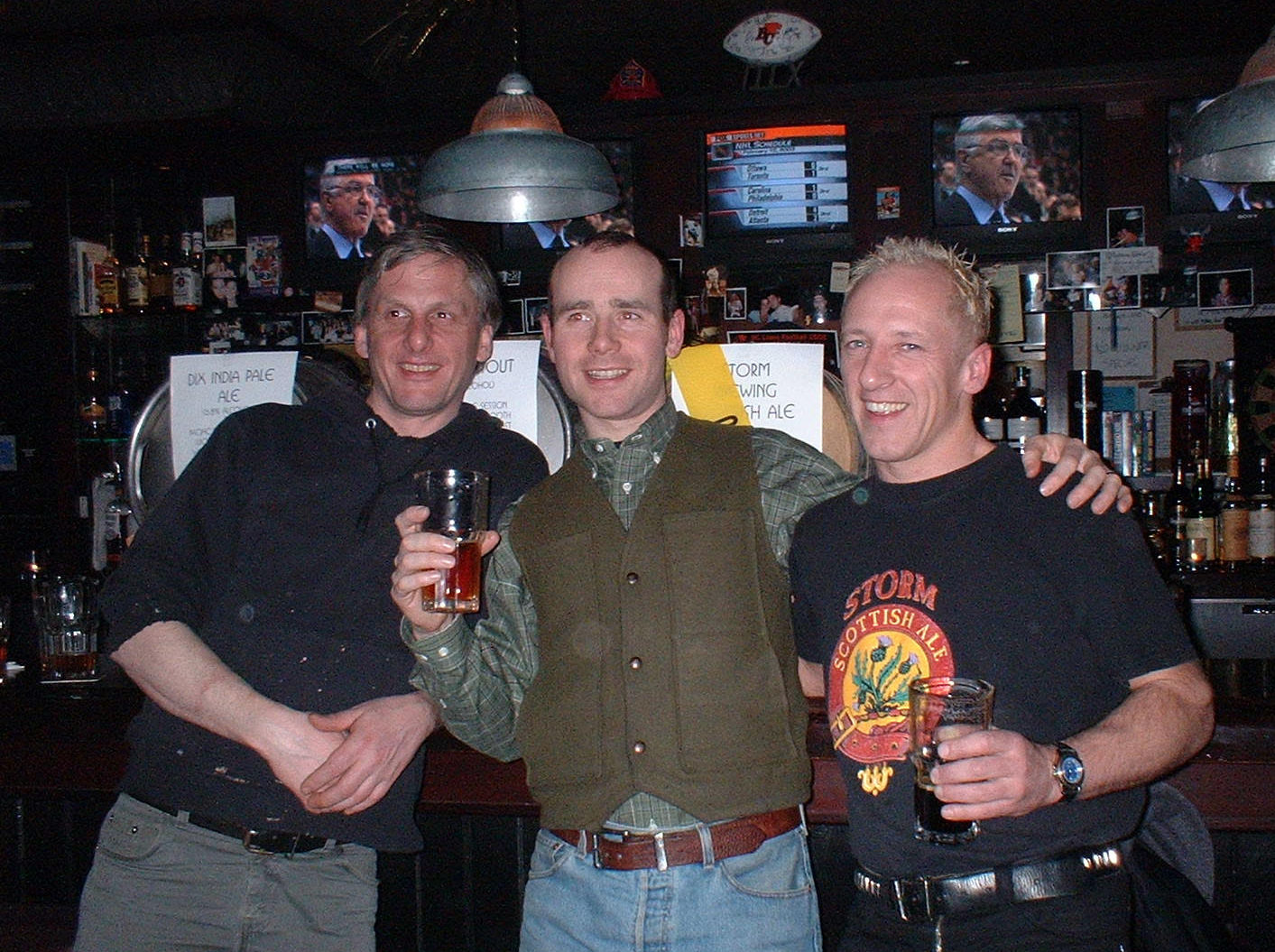 The current special issue of What’s Brewing documents the magazine’s 30-year history, including its humble beginnings as the newsletter of the beer enthusiast group commonly called CAMRA Victoria. On page 14, John Rowling describes how the group formed a revitalized version of what was formally known the Campaign For Real Ale Society of BC, originally founded in 1985 but languishing in Vancouver. In 1990, CAMRA would find fertile ground in the Capital region with Rowling as founding President of the local branch.

Thirteen years later, CAMRA’s movement would re-establish a beachhead on the mainland. J. Random provides a look back at the early days of the group we now know as CAMRA Vancouver.

At the turn of the millennium, the new version of CAMRA BC had been going for 10 years, but was very much a Victoria group. Only a few Lower Mainlanders had signed up.  The Great Canadian Beer Festival was the big draw, and members had preferential access to tickets.  A Richmond Branch was formed, primarily for that access.  It held one memorable event at the Britannia Shipyards: a talk on the history of brewing and distilling in BC by the legendary Greg Evans with a cask from Howe Sound Brewing, served by brewery owner Dave Fenn. Other than that, it was mostly meeting in a coffee shop in Steveston.

That summer, Vancouverites Paul Morris and Lundy Dale, both avid DIX patrons, decided to break away from CAMRA Richmond and set up a Vancouver Branch. They recruited the core of a branch executive from the DIX crowd. Next, they attended a meeting of the CAMRA BC executive at the former BC Supreme Court building in Victoria’s Bastion Square, held in association with November 2002’s Great Canadian Beer Festival.

Under the stern judgement of founding CAMRA Victoria President John Rowling, they were deemed worthy; they returned to Vancouver to recruit members.  Posters were put up at brewpubs and homebrew shops across Vancouver. The first AGM was held at DIX on January 18th 2003 with 3 casks and around 20 members.

Membership growth was sluggish for about five years, and centred around DIX regulars. It began an exponential growth in 2008, under the galvanizing leadership of President Rick Green, ably assisted by executive members Monica Frost and Amanda Barry. Membership reached 273 by 2009, and peaked at over 1200 around 2015.

It speaks volumes about the depth of feeling CAMRA Vancouver branch members had for DIX that one of the main events at 2010’s Vancouver Craft Beer Week was Four Beers and a Funeral (named after the movie with weddings).

The ‘funeral’ on May 15th anticipated the final demise of DIX by just a few weeks. There was a cask of beer on a bier carried by DIX current and former staff, a New Orleans–style funeral band and a couple of New Orleans ladies in costume, plus a cortège mostly dressed for the occasion.

We grooved down the streets from Steamworks Brewpub to DIX to the astonishment of construction workers, tourists, residents, and passers-by alike.  Inside DIX the staff were ready for us, as always, with dozens of glasses of cask ale lined up on the bar. The next stop was Yaletown Brewpub and the final destination was Dockside Bar, but there was a sense of anticlimax and loss when we left DIX behind.

– with files and photos from Lundy Dale, Warren Boyer and Brian K. Smith

NEXT: in Part II, Warren Boyer takes us back to 2005 for more memories at DIX BBQ & Brewery.

Legends of DIX Pt II: When Hops Popped Up In Vancouver