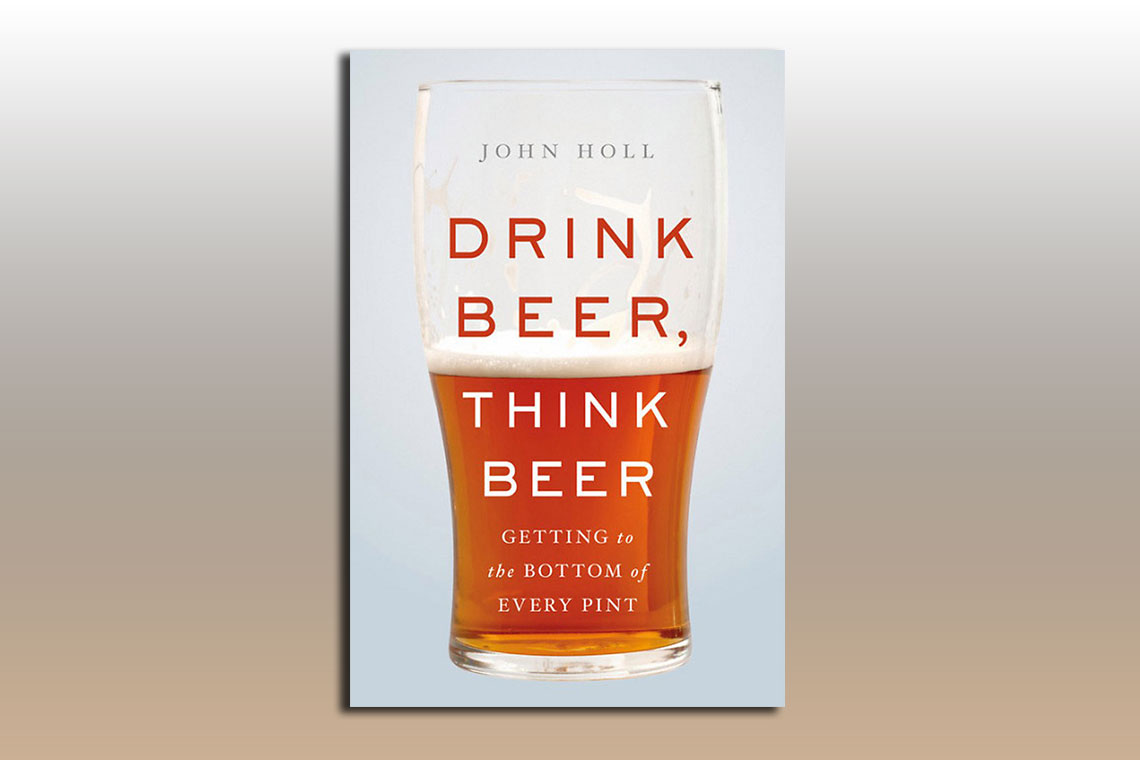 The heyday of introductory beer books is likely behind us. Certainly, there will always be a place for “Beer 101”, but experienced beer readers will eventually thirst for more depth in their reading, just as they do with their drinks.

For a beer book with satisfying depth, look no further than Drink Beer, Think Beer: Getting to the Bottom of Every Pint (Basic Books, 2018). Written by John Holl, former editor of All About Beer magazine and current editor of Craft Beer and Brewing magazine, this informative overview will appeal to new enthusiasts and invested beer lovers alike. It’s for readers who like not only to drink fermented grain juice but also to think, talk, and even argue about it.

Holl skips pretty quickly through thousands of years of brewing history to focus on the recent past. He looks at the issues you hear talked about in your local tap room rather than giving a history lesson. In his discussion about water and its importance in beer, he points out the importance of water chemistry in the development of certain beer styles and then addresses the emerging issue of water scarcity and how it could affect beer.

An increasingly unavoidable issue in beer writing: how much cheerleading is appropriate? Certainly most beer writers, such as the contributors to What’s Brewing, do it out of a profound love of the subject. Beer has been ghettoized culturally for so long that it’s a joy to exclaim its greatness in a public way. However, beer and the industry that creates it are not perfect, and there are a lot of issues to discuss. Holl tackles some of those issues as only someone who knows the industry inside and out can do.

This book is thought-provoking and readers might disagree with some of the author’s assertions, arguments, or conclusions. I certainly did, for instance with his ambiguous language. Early on, Holl states, “[a] prevailing hypothesis a few years back held that cider would become the new beer. Some producers even began hopping their cider to appeal to beer drinkers. But the big cider boom has yet to materialize and cider will likely stay on the margins.” It’s clear that Holl hasn’t seen the shelves of BC liquor stores lately. We are undoubtedly in the midst of a cider renaissance, and hopped ciders are playing an important part.

I also disagree with Holl’s assertion that “good beer is good beer.” I feel strongly about this, and have been critical of it in past issues of WB. Every time a beer journalist writes those words, an angel dies in heaven and the CEOs of AB InBev cackle in their Masonic lodge-like boardroom (no offense to you Freemasons). It’s  the kind of thinking that had our fathers drinking the same pale lagers for generations. And when you think about it, it doesn’t hold water. What if the “good beer” has a sexist, misogynistic label, something Holl is rightly critical of? Is it still “good beer”? There are a thousand other examples of a good tasting beer that isn’t necessarily the one you should spend your money on.

Let’s be clear, however, that although I disagree with Holl on some points, this in no way invalidates this book. We all have unexamined beliefs or ideas, things we decided were true because we experienced it once or a thought occurred to us while a few pints in. But sometimes these unexamined ideas need a second look, and a writer like Holl can help you do that.

You might not agree with Holl about everything in this close look at some of the more important issues of the increasingly redefined beer industry. But if you identify as a beer nerd and are at all interested in or concerned about the current state of beer then you must read this book.

Drink Beer, Think Beer: Getting to the Bottom of Every Pint