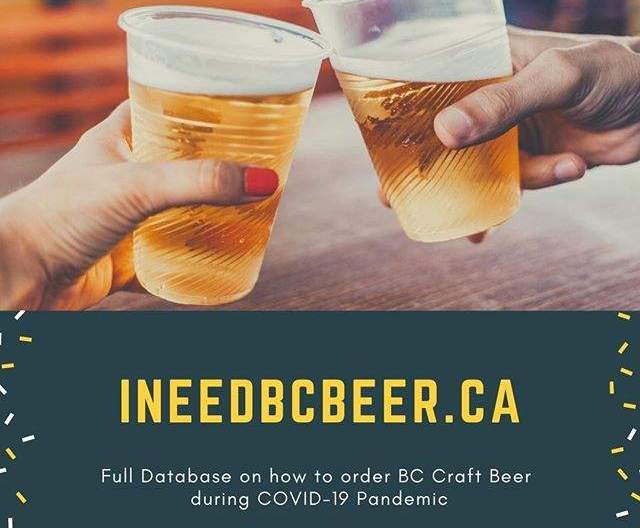 As ‘enforced cocooning’ becomes de rigueur, one can rediscover the sensory joy of tasting beers in a technically ideal setting

2020 seemed like such a promising year. In the BC beer community, we looked forward to a jam-packed spring events calendar that really got underway in earnest in March…only to be snuffed out before Victoria Beer Week could conclude festivities. The world has changed weekly and, to some extent, daily since then.

Ed Kaye, editor of our weekly Hopline newsletter, reminds us in today’s message that craft beer is an essential service. He also notes that “people are starting to settle into the groove of this new temporarily way of life”. Part of that experience involves rediscovering what we used to call “cocooning“. It’s a term that became popular in the 1980s, around the time people began building what eventually became called “home theatre systems” (back then, I was selling them, and they were just called “stereos, TVs and VCRs”).

All of this is to tell you something I assume you already know, given that you’re reading What’s Brewing: to make almost any leisure experience fully enjoyable, you need delicious beer to enhance it. But sitting down and ordering a flight in your favourite brewery tasting room isn’t an option right now. That’s where INeedBCBeer.ca comes in.

Vancouver’s Aaron Johnson operates an oustanding audio blog called the Cascadian Beer Podcast. He’s a big booster of BC craft beer, and we’re a big fan of his. This week, he teamed up with Victoria beer blogger Mathieu Poirer of Matter Of Beer to publish a database of BC breweries and their status regarding online ordering, take-out and home delivery services at www.ineedbcbeer.ca:

And here’s another great resource specifically focused on beer delivery, thanks to editor Rob from The Growler:

BeerVan.ca is a new service from a collective of #YeastVan craft breweries and beverage makers. Check it out at

We’ve also added an Online Ordering/Beer Delivery link to our own list of BC Craft Beer businesses in the What’s Brewing Partner Outlets Directory, where you can find not only craft beer, but our magazine, too:

The BC Craft Brewers Guild has also begun collecting this type of information from members, so expect to see links and info at the Guild website and the BC Ale Trail in the near future.

Click through to these links, and you’ll find that many breweries around the province have begun offering delivery services, simply because they have no choice.  It’s not just breweries, either. It’s not hard to see that this medical crisis will have a lasting effect on life around the world, and certainly here in North America. The adjustment to online ordering and home delivery may convert those late adopters who have avoided e-commerce until now, and spark a lingering interest in people’s home environment. That’s where beer tasting comes in!

Your home: the professional tasting environment

Putting on my other hat, as a beer reviewer for BeerMeBC.com (a database of >1500 BC craft beer reviews), I have long appreciated the home environment as potentially the very best place to taste beer. Due to enforced cocooning and beer delivery, you’re in a great position to take advantage of this.

Expert tasters of beer and other beverages often talk about “sensory training”, during which they attempt to focus as much as possible on the aroma, flavour, appearance and palate sensations of the liquid they’re evaluating. One of the keys to really tasting and learning about beers is to do your tasting in an ideal environment: one free from distracting noise, visuals and especially aromas. That’s the type of thing you can’t control at a beer festival or in a tasting room. When my wife and I are evaluating a beer, it’s well after dinner when food smells are gone and there’s no deadlines or stress.

Thanks to the miracle of online beer ordering, you can pull up a menu at many of BC’s ~200 craft breweries—who really need your support right now—and make a hobby of tasting beer. What the hey, you don’t have to go in to work tomorrow anyway, right? Really discovering a beverage this way adds to the enjoyment of drinking, and reminds me of why I became a craft beer (and cider!) fan in the first place.

Let’s not read too much into this. I look forward to the day when we can return to promoting the friendly tasting lounges and amazing beer events all around BC. But for now, you have the privilege of discovering #BCCraftBeer thanks to enforced cocooning and projects like INeedBCBeer.ca.