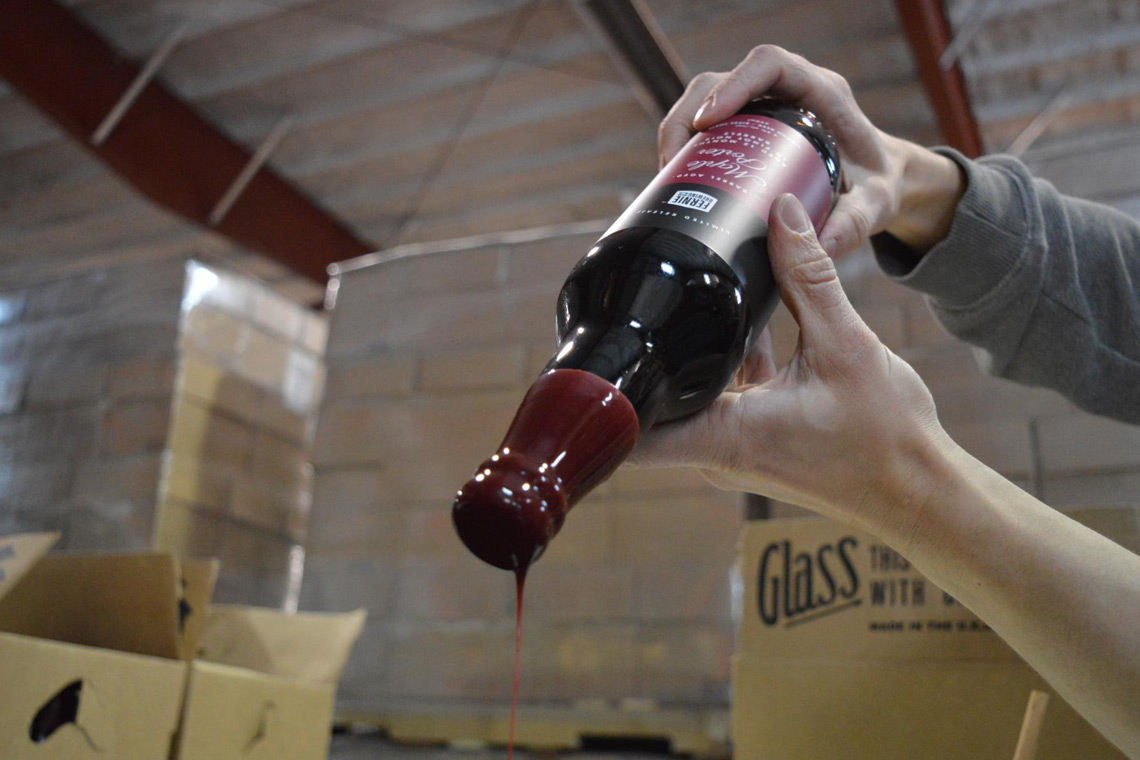 BRING YOUR PORTER TO THE SLAUGHTER | opinion

It’s that wonderful time of year when breweries inundate us with big boozy beers like imperial stouts, barley wines, baltic porters, wee heavys, eisbosks, wheat wines, quads, golden strongs… I might be drooling on my keyboard a bit right now.

There’s nothing like walking into the liquor stores and seeing the shelves stacked with gorgeous wax-capped bottles filled with high-gravity delights. I really love the way wax-capped bottles look and appreciate all the work that goes into hand-dipping them. But when I’m two barley wines deep and trying to hack through the wax with a knife or melt it off with a flame, I remember that I kinda hate these stupid things!

“But Ed,” you protest, “wax dipping bottles allows you to put your beers in the cellar, so they can be aged and matured for several years!” I call BS on that!

The argument is that the wax impedes the ingress of air into the bottle, preventing oxidation. But don’t crimped crown caps already serve that function? Are we expected to believe that a thin layer of wax is less permeable to air than a thick piece of steel? Seems legit!

No proper scientific studies have ever been conducted on the efficacy of wax dipping beer bottles at preventing oxidation. And even if it were proven effective, most oxidation is caused by dissolved oxygen that is already in the beer, or trapped in the headspace before sealing.

And why do we even age beers? Putting aside the fact that many people age beers that really don’t need to be aged, or that just plain shouldn’t be aged (I’ll save that for a separate rant), we want to allow certain harsh flavours and aromas to become more subtle. Is your American barley wine too hoppy and bitter, your 16% BBA imperial stout too boozy? Leave it to age for a few years, and in theory you will be left with something akin to the nectar of the gods.

We’ve inherited this from the wine world: the idea of a cellar packed full of rare libations, waiting for the perfect time to be opened and enjoyed. Apart from the fact that most beer nerds use the cupboard under the sink to age beers rather than a vaulted cellar, there’s a very important distinction between these two worlds: when you store beer, you should always stand it upright, to prevent the metal cap from contaminating the beer; when you age wine, you should store it on its side. Taking inspiration from the latter, traditional Belgian lambic producers actually put corks in their beer and even recommend storing them horizontally.

Want to know why they recommend this? First you want to stop the cork drying out, but also, you want to increase the surface area of the liquid exposed to the oxygen in the bottle. Wait, what? Why would you want that? It’s because you actually want a little oxidation! It’s part of what causes beer to ”age”—though there are several other factors at play in the process.

To surmise, if you want your beer to change with age, you actually need a little oxidation—you don’t want to hermetically seal it away from the ravages of time. That’s why we do this after all, we don’t want it to taste the same as it did on the day we bought it. Plus, wax sucks at what it is supposed to do anyway. My vote is for cork and cage; those Belgians know what they are doing!

Still, there is something breathtaking about a thick drip of wax running down a bottle label. With the shift to canning, I wonder when we will start to see wax-dipped cans. That sounds like a fresh vision of hell!

Ed "The Beer Geek" Kaye is the author of "Bring Your Porter to the Slaughter", one of BC's very best beer blogs. He's also an Associate Editor of What's Brewing, handling the weekly Hopline e-news and Upcoming Exbeeriences events column.