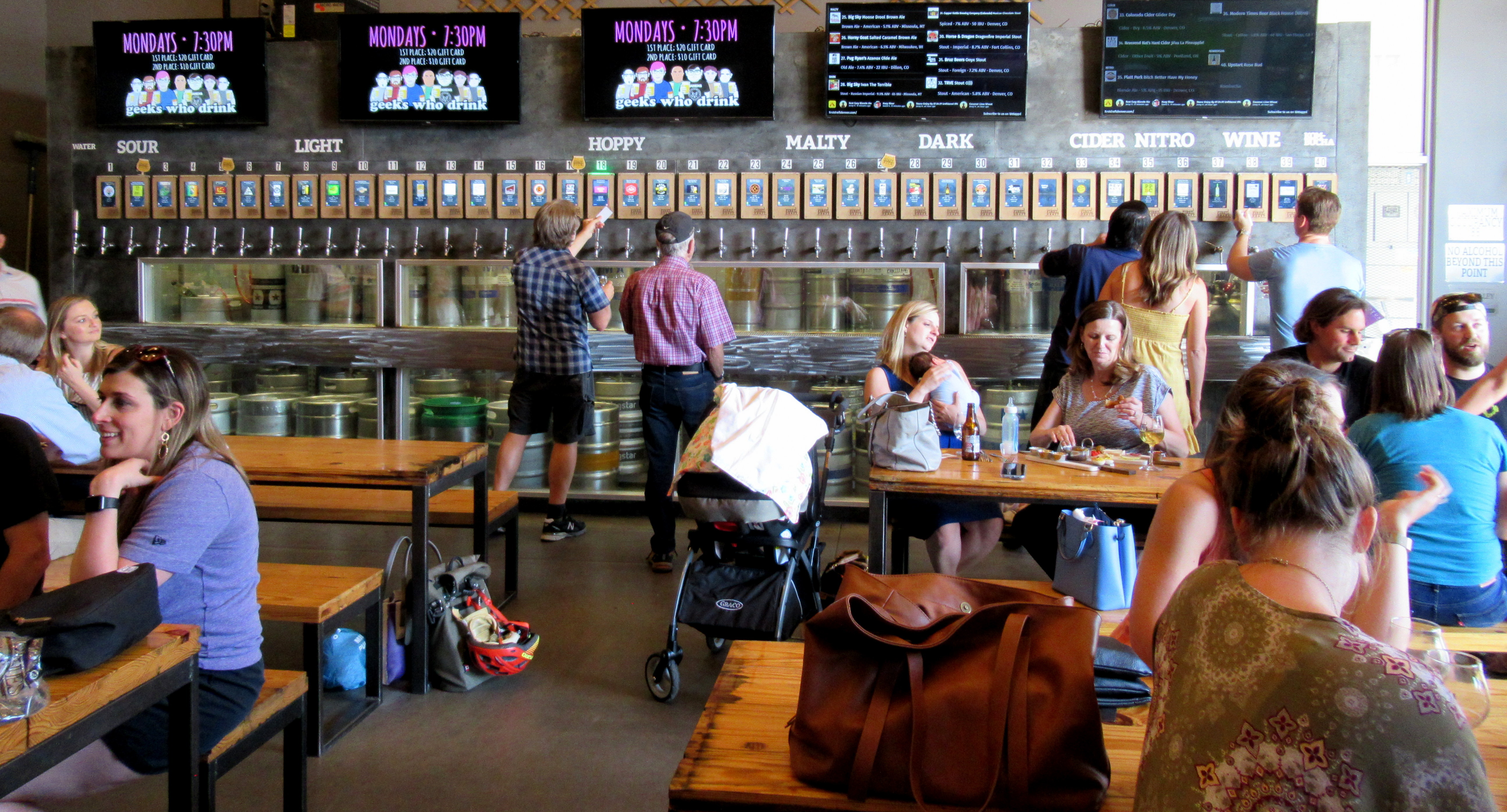 Change is good, as long as it represents progress (as defined by me, of course). Self-serve craft beer bars are progress, particularly for those of us not endowed with patience. Rumours of their existence began filtering out of the country to the south of us a few years ago, but only recently did I get a chance to check them out. A trip to Denver for some serious beer tourism had to include stops to see two different systems in operation.

First Draft Taproom and Kitchen is a craft beer bar in Denver’s River North (RINO) district. RINO is an old industrial area full of craft breweries, similar to Yeast Van, but with the bonus of numerous bars and restaurants on the two main north-south streets. At First Draft’s pay desk, you exchange your credit card for a fob with an RFID chip. Applying the chip to the sensor next to the tap of your choice activates that tap. You pour any amount of beer you want and are charged by the ounce. You can have several quick tasters or fill your glass, all without waiting for a server. The setup they have is from I Pour It, Drink Command, ISuds, and The Table Tap are three more manufacturers of similar beer-wall systems. Some places use cards or wristbands rather than fobs, some work with an app on your phone. In each case, the electronics are sophisticated but the taps are standard.

Closer to downtown Denver, we were guided to an even more exotic system. Broadway Market is like a food court, but with higher-class food and without the mall. (I suspected if I ate too much from one particular stall, my beard would grow neater and bushier and I might develop a man-bun in my bald spot.) Again, you pick up an RFID card and you can charge beer and food at any of the stalls. The big feature for us was a Bottoms Up beer system with self-serve capability. Pushing your fancy glass down onto the unit opens the valve in the bottom of the glass and starts the flow of beer. Back at your table, your glass leaks onto your pants because the valves aren’t perfect and they don’t provide coasters.

Fans attending games at BC Place will be familiar with Bottoms Up dispensers, where they are operated by serving staff. So when are you going to be able to serve yourself at Lions and Whitecaps games? The BC Liquor and Cannabis Regulation Branch said this about how they’d respond to such an application:

And that’s pretty much what you’d expect them to say. BC’s glacial transition after Prohibition has taken nearly 100 years already, so don’t look for beer walls in this province any decade soon.

The closest places for British Columbians to experience this phenomenon are Downtime Taps in Bellingham and Barney’s Pub and Grill in Leduc, AB. Clearly these are both towns where the drinkers are so much more adult and responsible than the general public in BC. Let us know if you find somewhere closer!

From the What’s Brewing Library: Other Self-Serve Beer Bars