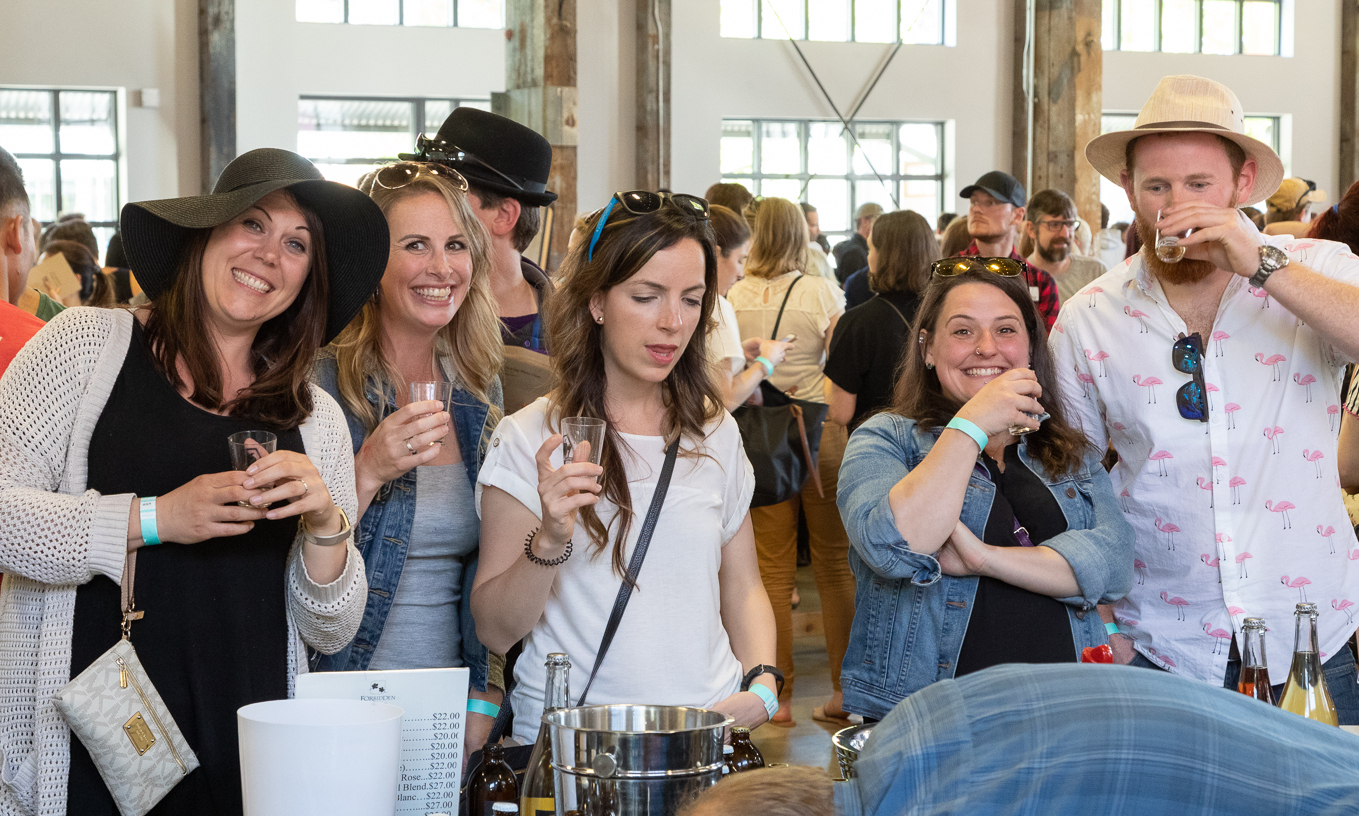 Boasting fruitful pastoral areas in BC’s Interior, Island and Lower Mainland regions, British Columbia has long been known as a province that produces, and enjoys consuming, wines and ciders. In particular, BC stands out from most of Canada in terms of its long-standing interest in refreshment beverages, a category to which cider is frequently related. This highlights the fact that cider is the “bridge” beverage that you can categorize alongside wine, or alongside refreshment beverages. But if you judge by the taps at your local pub, or the booths at your local beer festival, there may be no more prevalent pairing for cider than its status alongside beer.

Since beer and cider have long stood hand in hand, What’s Brewing follows and supports BC cider as a natural complement to our coverage of BC craft beer. Part of that coverage includes BC Cider Week, a celebration that debuted in Fall 2016 then moved to the spring a couple of years ago. The flagship event of Cider Week is the BC Cider Festival, almost certainly the brightest spot on the annual BC cider event calendar. Cider Fest kicks off the fifth annual Cider Week on May 24th in North Vancouver’s Shipyards district (an area familiar to Lower Mainland beer fans due to its officially-granted status as one of BC’s hotter craft brewing hubs).

Early entry tickets went on sale December 11th and sold out quickly. However, there are currently some standard General Admission tickets available. And even if (or rather, when) the ticketed indoor event sells out, there will be an opportunity for anyone interested to participate in the way of a brand-new outdoor component at Shipyards’ Pipe Shop courtyard, right outside the doors of the main event.

To find out more, What’s Brewing reached out to organizer Shawn Pisio, who reports that the Cider Fest team has been planning this year’s event since November. Let’s learn about some of the changes involved.

Q & A WITH SHAWN PISIO OF BC CIDER FESTIVAL

Q: This is the fourth annual BC Cider Festival. How is planning coming along for this year’s event? Tell us a bit about how things have evolved since Year One.

A: Planning is already well under way and going great. Each year planning starts early, as we continue to grow. While the format itself hasn’t really changed too much over the years, the attendance definitely has. The first year, we were in the Heritage Hall on Main St with only about 250 people.  We quickly outgrew that location, and moved to the Pipe Shop in North Vancouver, where we have been each year since.

Q: For 2020, Festival capacity was increased to about 900-1000 attendees. There are still tickets available for Cider Fest as of this writing. How close to sold out are we?

A: At this moment, there are less than 50 tickets remaining

Q: It looks like you have about 35 cideries represented so far. Can you tell us about a few vendors that are new since last year?

A:  The cider industry has definitely been growing. Some of the new producers this year are Upside Cidery and Double Cross Cidery from Kelowna, Taves Estate Cidery from Abbotsford and Creek & Gully from Naramata.

Q: The ticketed indoor main event will no doubt sell out. But this year, you’ve added an outdoor component in the courtyard outside of the Pipe Shop, with a beer garden-like “Cider Orchard” sampling area. Who are a few of the cideries that will supply beverages to the Orchard?

A: Yes, we will be adding a family friendly farmer’s market portion to the event that will take place at the Shipyards, which will be open to the public. We are hoping to have a rotating offering of something from nearly every cidery that is pouring in the ticked portion of the event.

Q: The outdoor Cider Festival will be free of charge to enter and will feature food trucks, live music and educational demonstrations. One of those demos will apparently be ‘apple milling’. Can you tell us what that is?

A: Apple milling is the process of crushing and pressing apples to get the juice for making cider. We are planning to have some hands-on demonstrations for kids and adults, including a roller mill for crushing the apples, and a press for extracting the juice.

Q: One of the great things about Cider Fest is that attendees get to meet the actual producers and orchardists. Will you have some industry people participating in the outdoor portion as well?

A:  Yes, it’s definitely an important part of the event, and we want to continue that to the public event as well. We are planning to have some experts on grafting and apple varieties.

Q: What are you looking forward to most at this year’s Cider Fest?

A: The chance to taste all the new season’s ciders in one place. The quality of cider in the province has exploded over the last few years, and each year I’m excited to see how the cider makers have continued to raise the bar.

BC Cider Festival takes place in the heart of the new North Vancouver Shipyards brewery district. When you’re finished your cider odyssey, you’re smack in the middle of some of the Lower Mainland’s hottest craft breweries, and right next to Tap & Barrel’s immense North Van patio. Whether you’re attending indoors, outdoors, or both, it’s the place to be for craft beverage lovers on Sunday, May 24th.

Visit our BC Cider Week event page for the full tentative schedule!