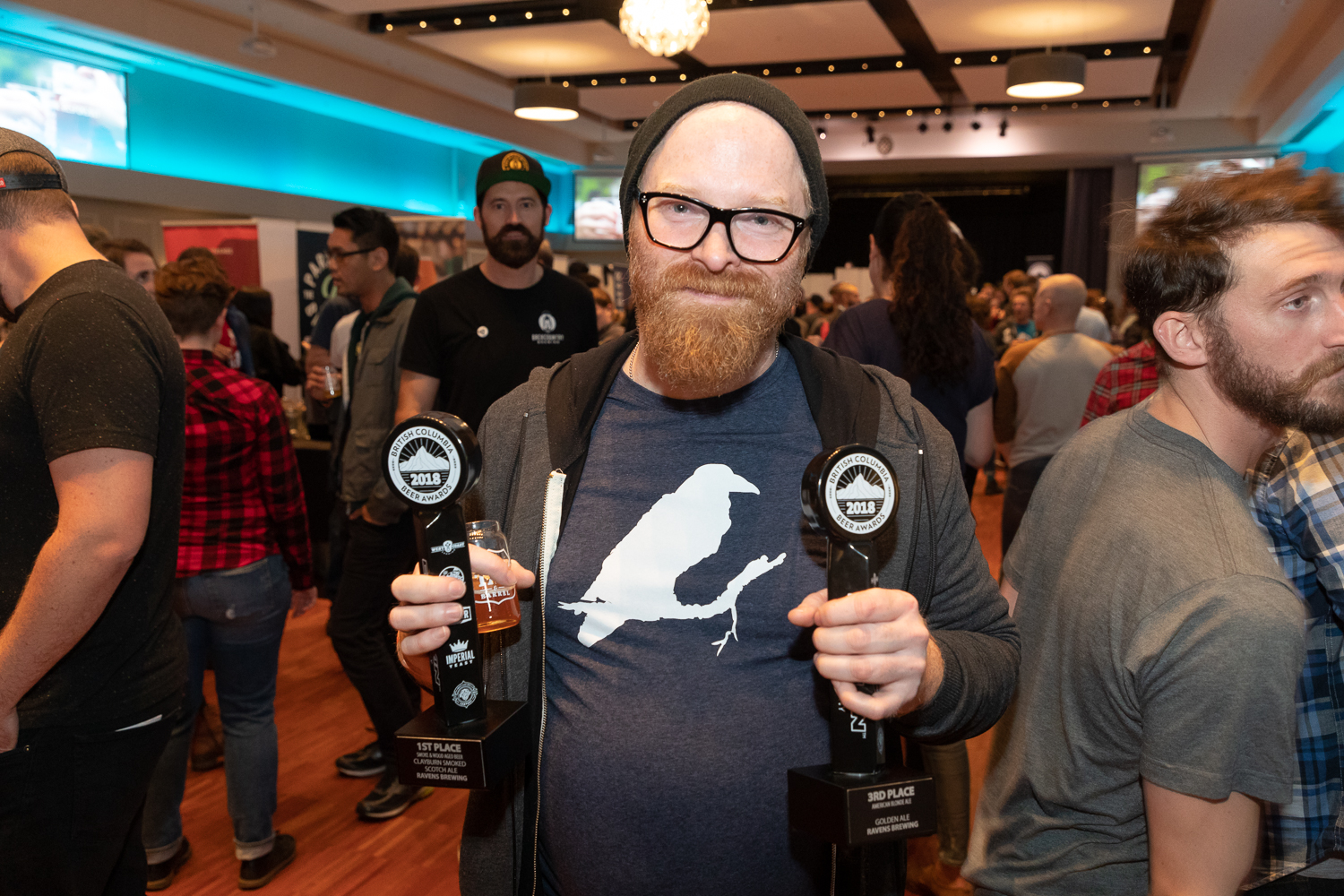 Since 2015, Ravens Brewing has been one of the best reasons to make the trip. Head Brewer Dan Marriette (pictured above) has good reason to be proud, given their continued strong performance in BC-based and international awards competitions. But that’s not all there is to Ravens. In this profile, we find out more about Ravens from Sales Manager John DeJong. 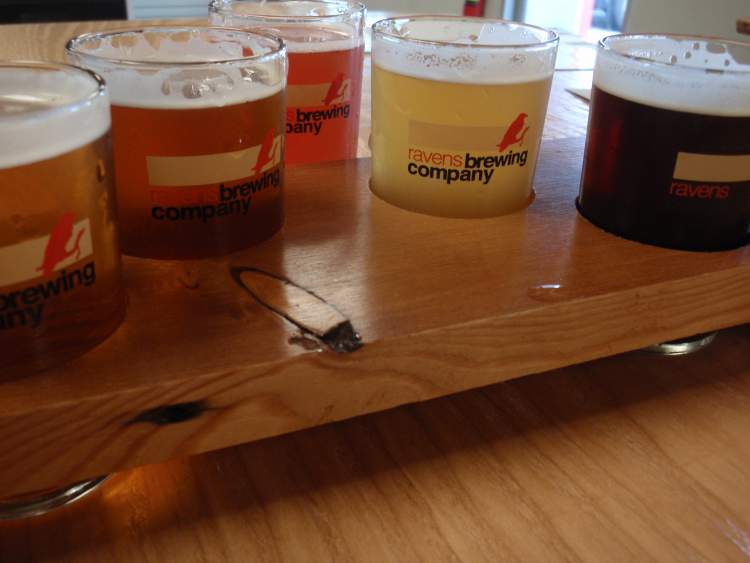 People may not realize what an award-winning brewery Ravens is. You’ve taken at least one trophy from each BC Beer Awards for five years in a row. What’s the secret to your consistency?

Thanks for noticing. We have worked hard, quietly carving out our little piece of the BC Craft Beer scene over the years. It helps that Head Brewer Dan Marriette (pictured above)—and Nick Fengler before him—are great brewers.

To be honest about awards, there is a ton of luck that goes into it. Sometimes it’s just the right beer at the right time. But we push ourselves to try new things and adjust when necessary. We make beers that we are proud of and can stand behind. 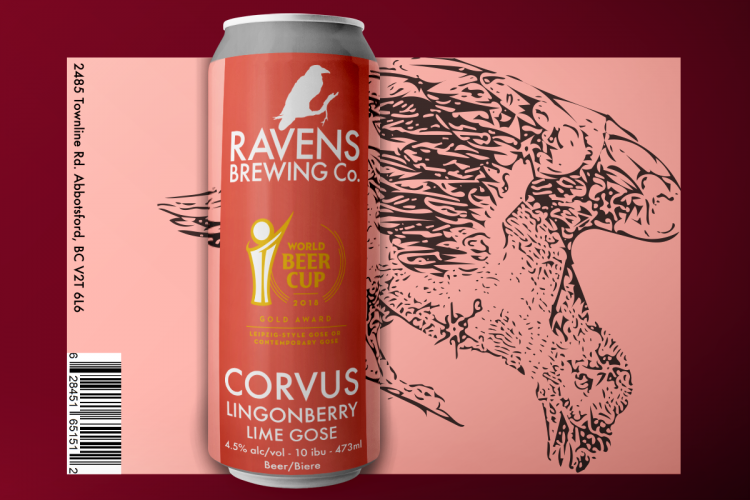 Congrats on your award for Corvus Lingonberry Lime Gose at the 2019 BC Beer Awards. Not to mention that it won Gold at the World Beer Cup last year. Tell us a little about the beer and what makes you proud of it.

Corvus is the beer that we are most proud of. Dan and I started homebrewing in my basement almost seven years ago, and as we got more into researching beer and different styles, Gose was something that we both were very interested in. We made one Gose back then, and it was not good at all, but we both wanted to try again in the future. Jump ahead five years, we both work at Ravens and Dan becomes head brewer. We said, “Now we can do all the stuff we wanted to do back in my basement”, and we came up with this Lingonberry Lime Gose idea. Dan made a test batch with some lingonberry syrup I bought from IKEA, of all places, and people seemed to like it. Coincidentally, our fruit supplier had just started importing lingonberry from Europe, so we made a full batch, and it’s now our best-selling beer! 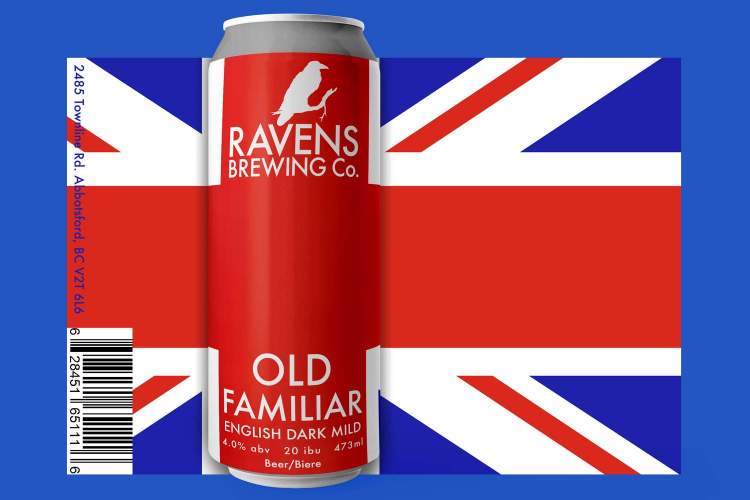 Not too many breweries make an English Dark Mild. We notice that your Old Familiar is back on tap. (Clever name; you could say it seems “vaguely peculiar”). How popular is that with your fan base?

Glad you like the name. It is a reference to the Edgar Wright movie The World’s End. The Mild started as one of our first seasonal beers, and it turned into a core almost right away. We focused on genuinely making a traditional English Dark Mild that was true to the style. It’s been very successful for us. Not our most popular beer, but one that we get a high number of compliments about. We are very proud of it.

Vancouver-based beer fans who don’t travel to the Fraser Valley often can find travel tips on your local Ale Trail page. Aside from your own brewery, what are your favourite recommended stops for those visiting Abbotsford?

Abbotsford has changed a lot in the short time we have been open. New breweries are opening, and every one offers something different as far as beer and an experience. But if I had to pick just one, it would have to be Field House. We have been collaborating with them over the last few years and have made some great brews together. Everything from the ambiance to the beer is exceptional over there.

We’ve heard about your Ground to Glass beer series. Can you tell us a bit about that, and what’s new?

The surrounding agriculture of Abbotsford inspired Ravens Brewing’s formation. We have so much agriculture in our back yard, and we believe that whenever possible, we should be working with these local partners to make our beers. Whether it’s buying local hops from Bredenhof Farms, or getting the grape skins for our upcoming wild sour from Single Tree Winery, we want to work with the best local people to create the best product.

We have our first barrel-fermented wild ale coming out named Birds Aren’t Real that is part of our new Conspiracy Series.

We are working hard to push the art scene in Abbotsford by hosting Gallery Nights bi-monthly to showcase local artists. We also host a Cult and Craft Film Night bi-monthly to bring a cult classic film experience to our community. Check our website or @ravensbrewing on Instagram for more info on upcoming beer and events. 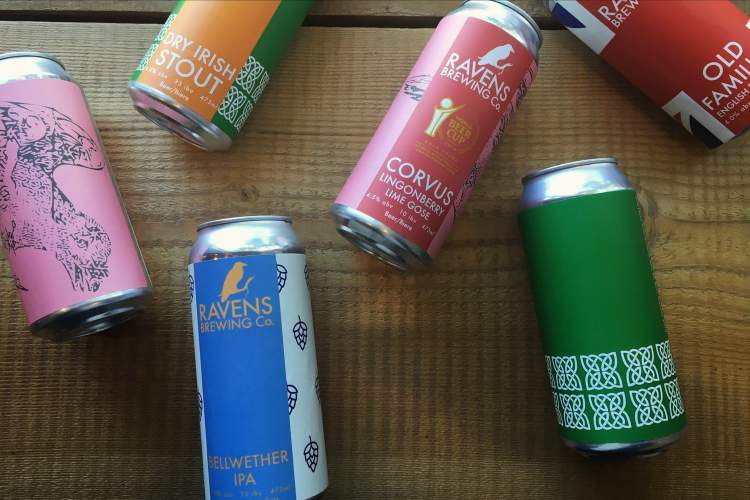 Each of Ravens’ beers are crafted with European inspiration and West Coast innovation, and brewed  with ingredients found in those great traditions.