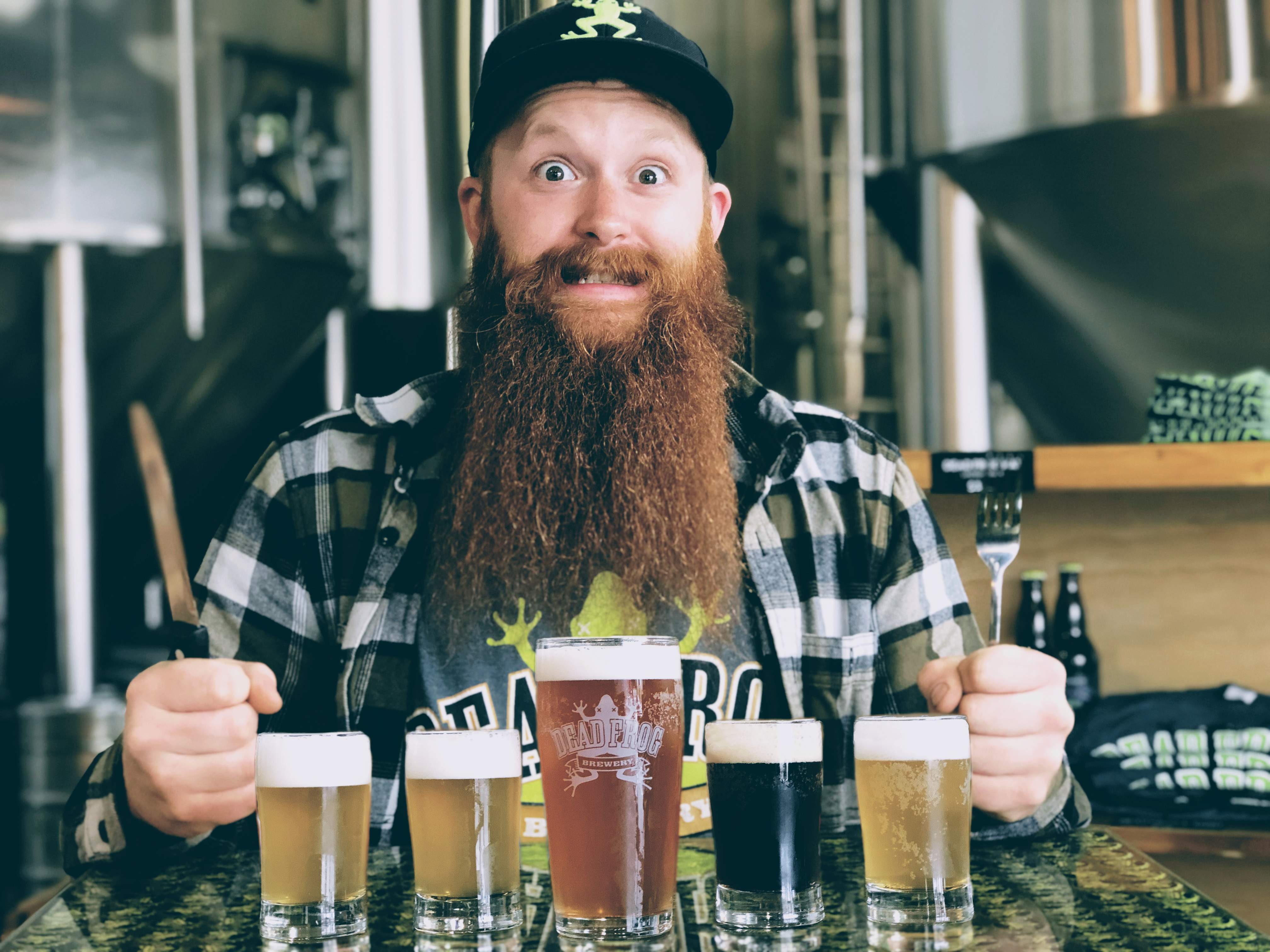 The first Dead Frog beer was brewed in a cramped but cozy warehouse across from the Aldergrove Drive-In in 2007. After honing his craft for 10 years as Backwoods Brewing, founder Derrick Smith decided it was time to change up the name. Together with his wife Donna, he opened the doors to Dead Frog Brewery in June 2007, armed with the recipe for a Nut Brown Ale (hastily scratched onto a bar napkin nights before) and a thirst to drive the industry forward. Now, his son Cole (pictured above) is the head brewer. Let’s get to know more about what the Smith family has created together.

Q&A with the Dead Frog Team

With photos by What’s Brewing

Congratulations on the recent first anniversary of your Langley tasting room. It’s a great space. How has it affected your business?

It’s been amazing and had a huge impact on pretty much everything we do.  It’s great being so close to the people enjoying our beer.  We can brew small batches just for the tasting room, throw launch parties to get the word out on new brews, and put on special events like the upcoming 8×8 Langley Cask Festival.

Before, we’d always have to worry about where our more experimental brews would find a home, and now they’re some of the most popular brews in our tasting room. That lets our brewhouse get really creative, which is fun for everyone.

You’ve been around for 21 years now, initially as Backwoods Brewing. What has changed most since those days, and what would you tell someone getting into the business today?

The biggest change has probably been how important tasting rooms are now.  When we first started, they were unheard of, and now they’re a big part of what people love about craft breweries.

We’d tell someone getting into the brew business to make sure you’re passionate about brewing and enjoying great beer.  It won’t always be easy, but if you have the passion it’ll always be fun, and will always be worth it when you have great beer to enjoy at the end of the day.

Can you tell us one thing you’ve learned over the years, or any key principle you’ve retained from the early days?

From the beginning, we’ve been all about creativity, innovation, and fun.  We’re here to brew amazing beer and have a great time doing it.  We push to be creative in everything we do from creating brews, to designing labels, to adding new eats to our tasting room menu.  We always want to be innovative and push against the norm – normal is boring and we’re here to keep things fun.

There are not many beer recipes that have stood the test of time like your Nut Brown Ale. What is its secret?

It isn’t a secret, but the Nut Brown is just a great beer that’s perfect for any time or season.  It’s the beer that started it all for us.  The Nut Brown was the first recipe Derrick created when he was thinking of opening a brewery, so it was born from the passion he had for great beer.  It’s been the same recipe through the three brewery locations we’ve had, is still going strong, and is one of the most popular brews here in our tasting room.

You’ve won a pile of awards for brews like your Obsidian Dagger IPA and Commander Imperial Stout.  Any of those awards that you’re particularly proud of for a special reason?

There are a few.  We’re really proud of our first award, a Canadian Brewing Awards gold medal for the Nut Brown.  We’re really proud of the 2 Canadian Brewing Award gold medals we’ve won for the Nutty Uncle Peanut Butter Stout because it showed us you can innovate and have fun with ingredients while still brewing amazing beer.  We’re also really proud of the four BC Beer Awards we’ve won for the Commander Imperial Stout.  We change the recipe up a bit every year to keep things exciting, and it’s been great to win year after year while keeping things fresh.

We’ve got the 8×8 Langley Cask Festival coming up on November 29.  It features 8 casks from 8 local breweries, including all of the Langley breweries.  It’ll be a great night to celebrate the local craft scene, and we can’t wait.

We’re also just happy the tasting room has been such a big success, and that people are coming out to enjoy our beer.  We love seeing people here having a great time, and can’t believe how great the response has been from the local community.  We’ll keep doing our best to brew great beer, and hope we’ll keep seeing you here enjoying it. 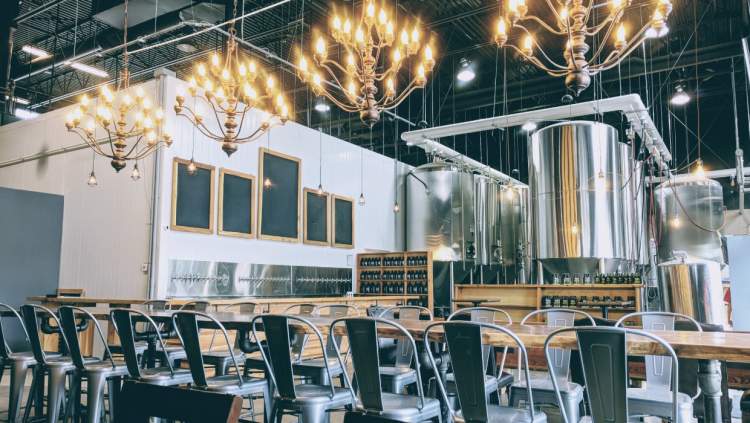 Good eats and over 20 taps of the freshest craft beer you can find.

All of Dead Frog’s beer is brewed a brisk 55 feet from their taps.  You’ll find their mainstay core brews, seasonal specialties, guest taps, and even some test brews every once in a while. Brews | Eats | Tasting Room Events >>> 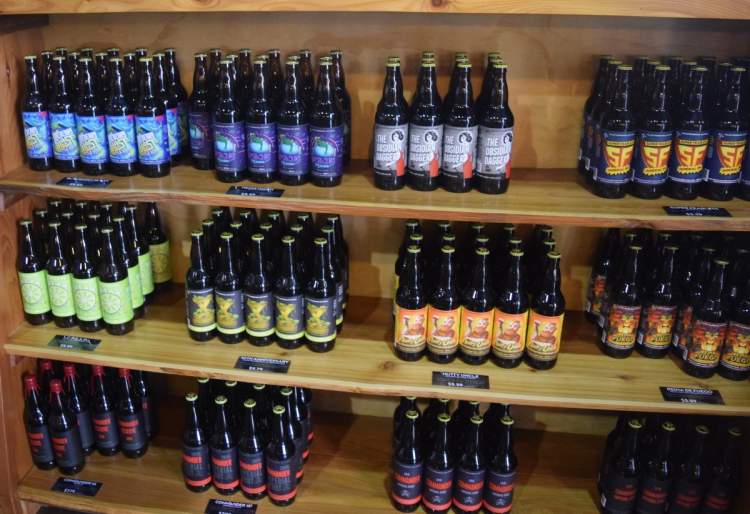 Dead Frog is an award winning craft brewery that focuses on creating innovative, premium quality brews. Their beer is small batch brewed in the Fraser Valley, with premium ingredients and no preservatives or pasteurization. Check out the full list of brews >>> 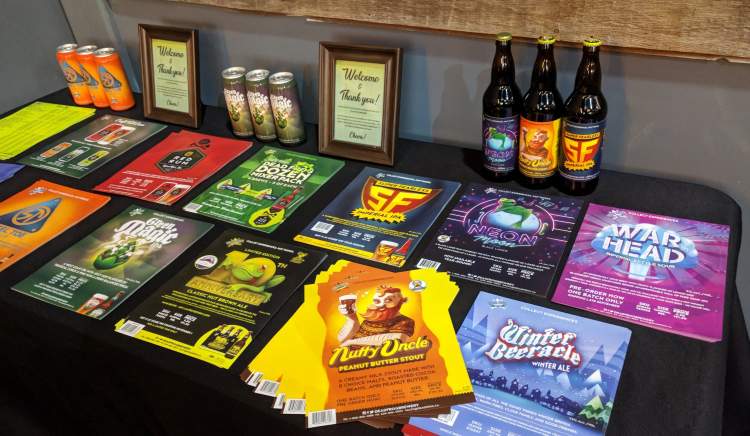 Everything going on in the wonderful world of Dead Frog Brewery.