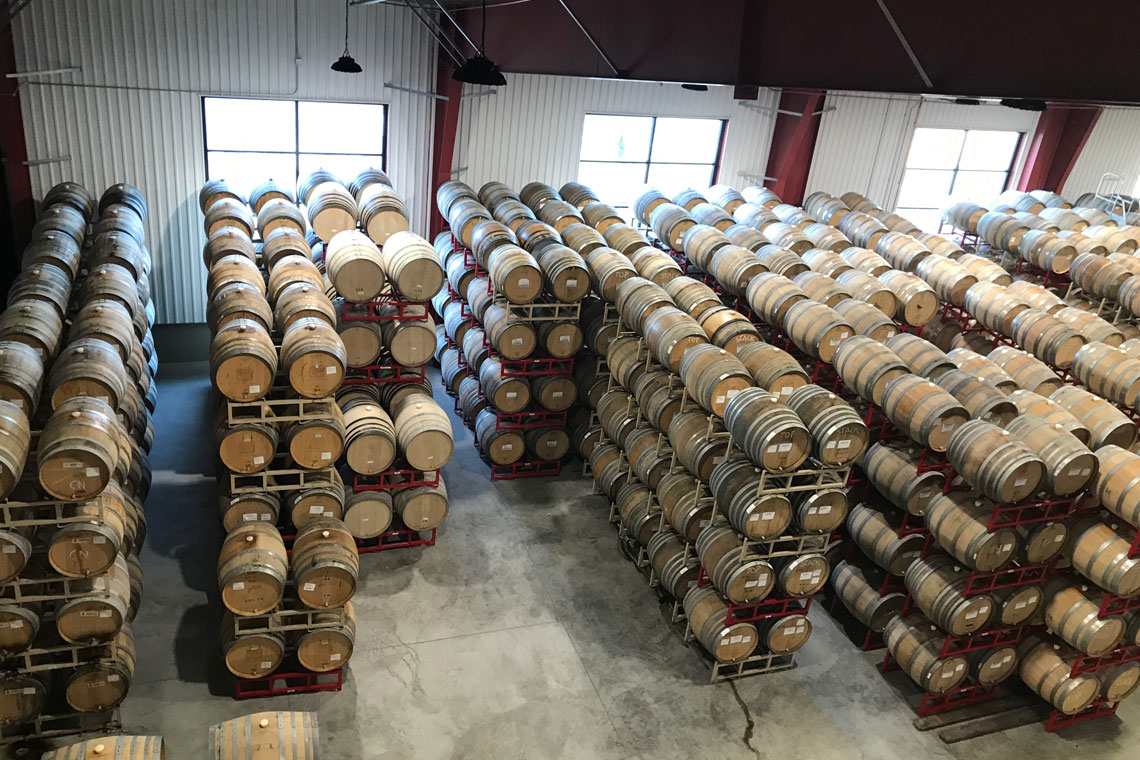 Regular readers know J. Random is notoriously sensitive to funkiness, sourness, fusel alcohols, phenolics, and excessive fruity esters. These flavours may be highly appropriate in some beer styles, but when I find them spoiling styles not advertised as hybrids, I am not at all happy. Drinkers who do like Belgian, sour, and funky styles also get peeved when their favourite northwest IPA develops these tendencies. When I interviewed her for my Summer 2019 article, Jessica Swanson of Bright Brewers Yeast particularly noted the frequency of inappropriate phenolics in local beers. It seems that these issues are becoming increasingly common in the BC beer scene. What I rudely call “Belgian flavours” can come from poorly cleaned beer lines, but that would not explain finding it in cans. They can also sometimes be caused by an English or American ale yeast simply becoming stressed out. But the more likely cause is the increasing prevalence of cross-contamination among the yeast strains or mixed cultures with bacteria being used at the brewery.

Historically, contamination was a minor issue in German, British and American breweries that produced a narrow range of styles, used one highly domesticated yeast culture (though DNA techniques have now shown some of these to be mixed Saccharomyces strains), and paid rigorous attention to sanitation. Admittedly, beer from a few British breweries—particularly those using the Burton Union system—had small contributions from Brettanomyces, but that was a characteristic of all beers from that brewery. As mentioned in the other article, domesticated yeasts rarely produce the type of spores that blow around in the air. Their normal budding cells are sticky, so they mainly move around via water splash, on insect feet, or by human carelessness. Wild yeasts tend to sporulate more freely, and their spores do blow around in the air. Mostly these older breweries would have been worried about wild yeasts and bacteria coming in from outside.

Cross-contamination within a brewery from yeast and bacteria is a uniquely North American problem, probably due to our craft brewers’ success in introducing new and different beer styles to the drinking public. In order to brew all these styles, breweries may be using several different strains of yeast and one or two bacterial cultures.

When I dropped in to talk to Conrad Gmoser in July, eight of the ten beers on tap at Brassneck Brewery involved unique strains or blends. I wanted to find out how they deal with contamination while brewing a range of styles from reliably clean-tasting Passive Aggressive Pale Ale to some pretty wild and crazy beers, all in a tiny space. Brewers like Conrad go to great lengths to combat cross-contamination by cleaning their equipment thoroughly between brews. Typically, this involves disassembling some components and giving them a power rinse with hot water, a caustic wash, another rinse, and a flush with a no-rinse sanitizer (that breaks down to innocuous flavourless compounds). Gmoser says, “I am a great believer in heat. Heat can penetrate where sanitizer may not.” Because he is brewing so many different styles, he is typically not pitching yeast from one batch into the next, which dramatically reduces the potential for contamination to build up. Of course, most production breweries need to re-pitch yeast to control their costs.

Russian River Brewing has another solution, probably beyond the resources of our smaller craft breweries: its new operation in Windsor, California has a separate building called The Funky Brewery, just for sour and barrel-aged beers. People working in there are not allowed to enter the main (non-funky) fermentation room that day. Because they are using open-top fermenters, the main room has air brought in through HEPA filters with UV sterilization. The room is also maintained under positive pressure to prevent yeasts and bacteria blowing in—or fruit flies getting in—when the doors are opened. Furthermore, the canning line for their funky beers is separate from the one for their clean beers. So, no worries about unpleasant surprises in your next Pliny the Younger.

Cross-contamination not only creates unwanted flavours but may cause over-attenuation and gushers from cans and bottles of unfiltered beer. This is because the pitched yeast dominates the brew during primary fermentation but drops out of suspension when it has used up the nutrients it can metabolize. Any contaminating yeasts and bacteria can then start multiplying using dextrins and alcohol that the wanted yeast leaves behind. All brewers will taste each batch before packaging and some breweries will have a tasting panel. But contamination may be barely noticeable prior to canning, especially with the trend towards hazy beers with complex flavour profiles. It develops further during transport and storage and becomes more obvious, but the brewer may not be checking on the condition of their product once it gets into the supply chain.

So here’s a shout-out to Yeast Van’s Luppulo Brewing for deciding to withdraw their Barrel-Aged Imperial Stout due to Brett contamination. As they said on their website on June 11, 2019, “We at Luppolo love to experiment with multiple strains of Brettanomyces as well as Lactobacillus and Pediococcus, although we have rigorous standards of practice to prevent cross-contamination, on rare occasions we are unsuccessful. While the beer is completely safe to consume, we feel it doesn’t represent the original intention of this beer release and we have decided to recall it.”

The advent of breweries like House of Funk suggests the potential for increased specialization, and I would very much support that trend, provided some of our breweries focus on turning out clean-tasting beers for us boring folk.

Thanks to Regi Autar of Reg’s Beer Adventures for the photos, information on Russian River Brewing, and the heads-up on Luppulo’s withdrawal of a contaminated beer.