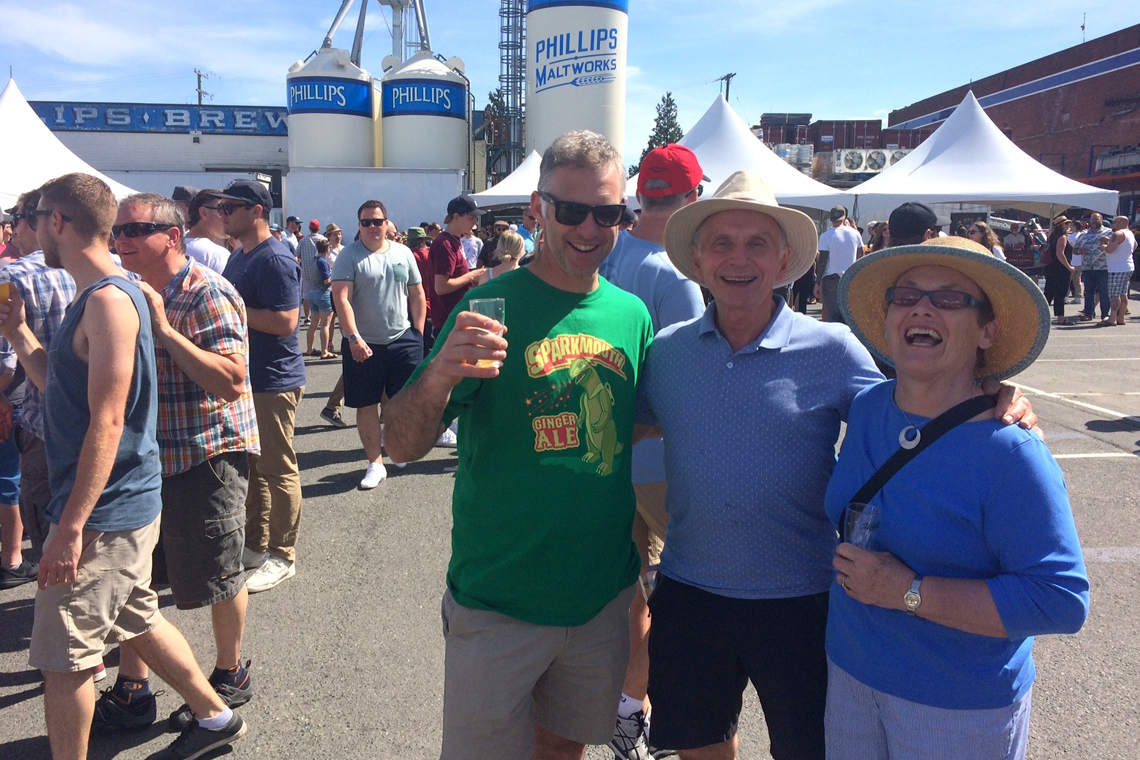 Out and About | Regional Report

Greetings to all who follow What’s Brewing and those who I see all around the beer scene. It’s been a grand summer sampling so many BC craft beers. Name your favourite style of beer and it is nearly always available in our province. It’s our best beer dreams come true.

You can tell summer is kicking into gear when you attend this annual fresh and local event in the backyard of Phillips Brewery. Their staff are extremely helpful to all participants. This event has a wide array of local hoppy beers for the Victoria crowd to enjoy.

It’s also a chance to catch up with beer supporters and take in the friendly environment. Both patrons and brewers always enjoy this one. We always run into old friends of What’s Brewing; thank you for your great comments.

Right off the top: congratulations to the organizers who made this possible and put it together. There is so much to say about John and his life, and many people spoke on his achievements. It was a great pleasure to see John’s wife, Jenny, meet his family, and hang out with the beer people I’ve been acquainted with since very early days. It was a honour to get to speak about my friend and tell a wee bit of our adventures being out and about and enjoying beers together, both on the Island and the Mainland over the years. Displays of his work that helped change the beer world forever were on display around the room at Red Racer. For all those who contacted me about this event and the thousands who couldn’t be there, rest assured we thoroughly celebrated the wonderful man who brought us together in that room.

What’s Brewing attends this event every year and enjoys its very relaxed environment and setting, with tents set up in an oval at Lions Field. The ferries are convenient for both the Island and the Mainland, so it’s a mixed, all-ages crowd. Patrons are well-behaved and the volunteers go overboard to be helpful to the folks pouring and attending.

Finger-food snacks are always available, so attendees aren’t drinking on an empty stomach. The organizers also provide a plate of snacks for the winery and brewery booths before the gates open.

This year there were fewer breweries, and a couple that didn’t manage to make it to the show. As a result, many of the booths pouring beer and other beverages were done early. What’s Brewing always enjoys this event for its very easy-going theme where the community is invested in the event, making sure all people are taken care of.