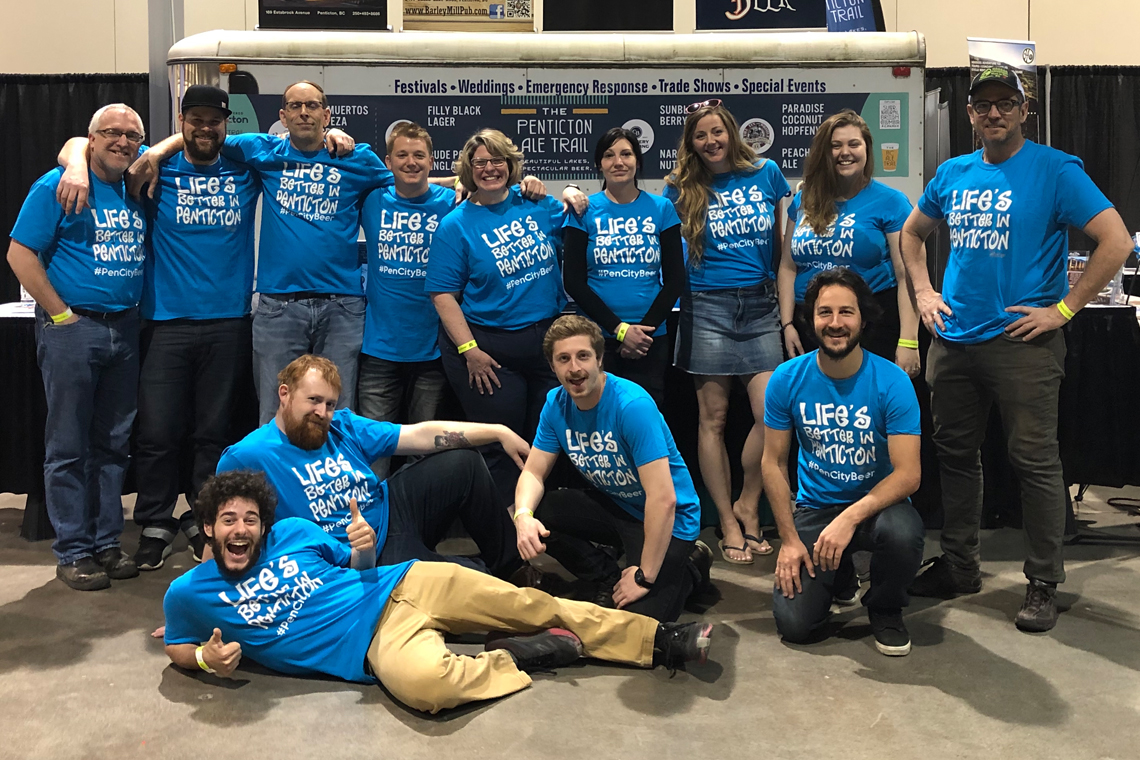 As I write this column, I’m at the Calgary airport, waiting to board my flight back to Penticton. I’ve been in Calgary for the last five days for the Calgary International Beer Fest. For the fest, our Penticton Ale Trail breweries partnered together to showcase our craft beer scene and all there is to do in Penticton.

In addition to working together as the Penticton Ale Trail, with the support of BC Ale Trail and the BC Craft Brewers Guild, we partnered with Travel Penticton and Hoodoo Adventures to bring guests to the fest a real taste and experience of Penticton. We rented a tap trailer and poured eight craft beers from four of Penticton’s breweries. Guests had the opportunity to complete a passport by enjoying at least one different beer from each of our Penticton breweries, and then entering their completed passports into a draw to win a Penticton Ale Trail craft beer lover-s dream prize worth almost $1,000. Guests played the Penticton channel-float beer pong game for instant-win prizes and had a chance to learn more about the June 8 Penticton Beer Run.

As I wait to board my flight, I’m feeling an overwhelming sense of pride for what we accomplished by working together. People often talk about how much camaraderie there is in the craft beer industry. This is not just something that is said; it is lived, breathed, and shown.

Thirteen of us from Penticton journeyed to Calgary for the festival. We heard tremendous feedback from guests that hung out in our Penticton Ale Trail lounge, enjoying our beers, taking their turns at beer pong, and chatting with all of us who love Penticton and the Okanagan.

As we head into tourism season, I’m reminded of all the reasons I love living here. As you start thinking about your vacation plans, I thought I’d share with you a few of my favourite things about the Okanagan, as seen through the eyes of a craft beer lover.

There is so much to do here. Climb Munson Mountain, float the channel, hit the greens, jump in the lake, have an ice cream while you walk along the boardwalk, and tour the historic S.S. Sicamous. The list goes on and on. Check out the BC Ale Trail website to help plan your trip to the Okanagan.