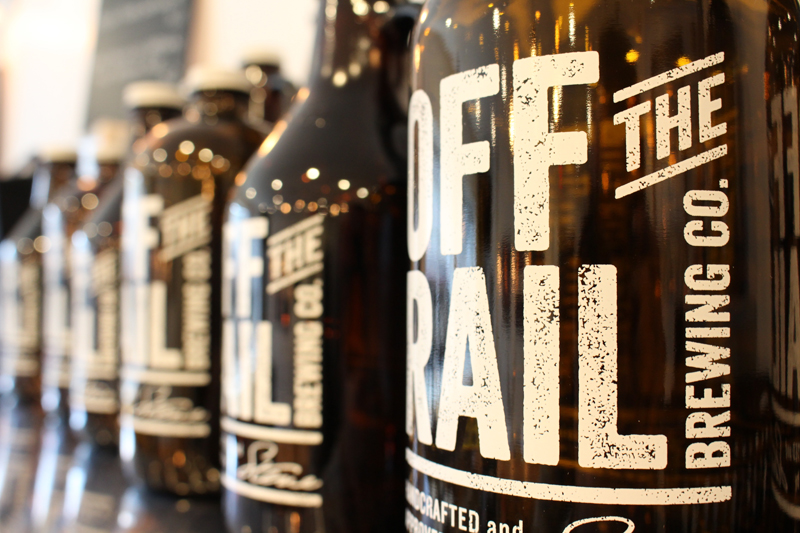 Conveniently situated on the Adanac bike route in the heart of Yeast Van, between Commercial and Clark Drive. The tasting room features 15 taps, of which an average of 10-12 different beers are pouring. The system also includes 3 nitro taps, where they serve beers that are rarely available on tap outside the tasting room.

Our passion for beer is rivaled only by our commitment to produce an uncompromising taste experience. 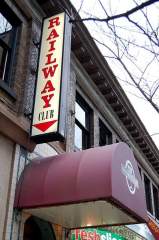 At Off the Rail Brewing Co., we love making craft beers almost as much as we enjoy drinking them.

My name is Steve, founder and brewer of Off the Rail. Ask anybody who knows me; craft beer has been a passion of mine for a long time. In the 80’s, trips to Europe and the US led me to discover a whole new world of micro-brews; traditional English Ales, German lagers and US IPA’s. This was the beginning of my love affair with craft beer.

My thirst for unique beer just grew from there. In the early ‘80s, my family opened a live music bar called The Railway Club where I introduced some of my favorite craft beers to customers. As craft beer became more popular in the 1990’s, the selection was expanded to support the growing local craft breweries. ‘The Rail’ as it came to be known, soon carried one of the largest selections of local craft draught beer in Vancouver.

April 2019
Let’s get to know a little more about the founder of Off the Rail!

Is there any better business practice that you looked for in suppliers when you ran The Railway Club that you incorporated in your business plan for Off the Rail and have found to pay off?

Relationships in any business are a key component in determining partners to work with. We have some very good, understanding suppliers that we continue to work with and support.

In 2018, you won Bronze at the Canadian Brewing Awards for both your Classic Pale Ale and your Crazy Train IPA.  Anything those two beers have in common that might have contributed to that success?

The Classic Pale has medaled 3 successive years at the Canadian Brewing Awards, and along with Crazy Train (2 successive years) is a mainline staple that does well year-round. They are both ‘British style’ beers that incorporate English barley and flavour profiles.

We are excited to have just packaged and released our Psycle Path lager in 6-pack can format, and our Pilsner in a new-look 473 ml tall can. New releases coming soon are the Pedal Pusher Radler in 6 pack cans and the Cow Tipper milkshake IPA in 650 ml bomber format.

Any new or planned collaborations?

A collab with our neighbors to the East (Bomber) is still talked about, and we have another opportunity, but no definitive dates or beer styles.

Any particular ways you have been active in the local community recently?

Being able to help out Spirit of the West’s John Mann with some of the proceeds of the Spirit Lifter pilsner has been a highlight for the brewery.

Our people…we have a great dedicated team in all areas of the brewery operations! 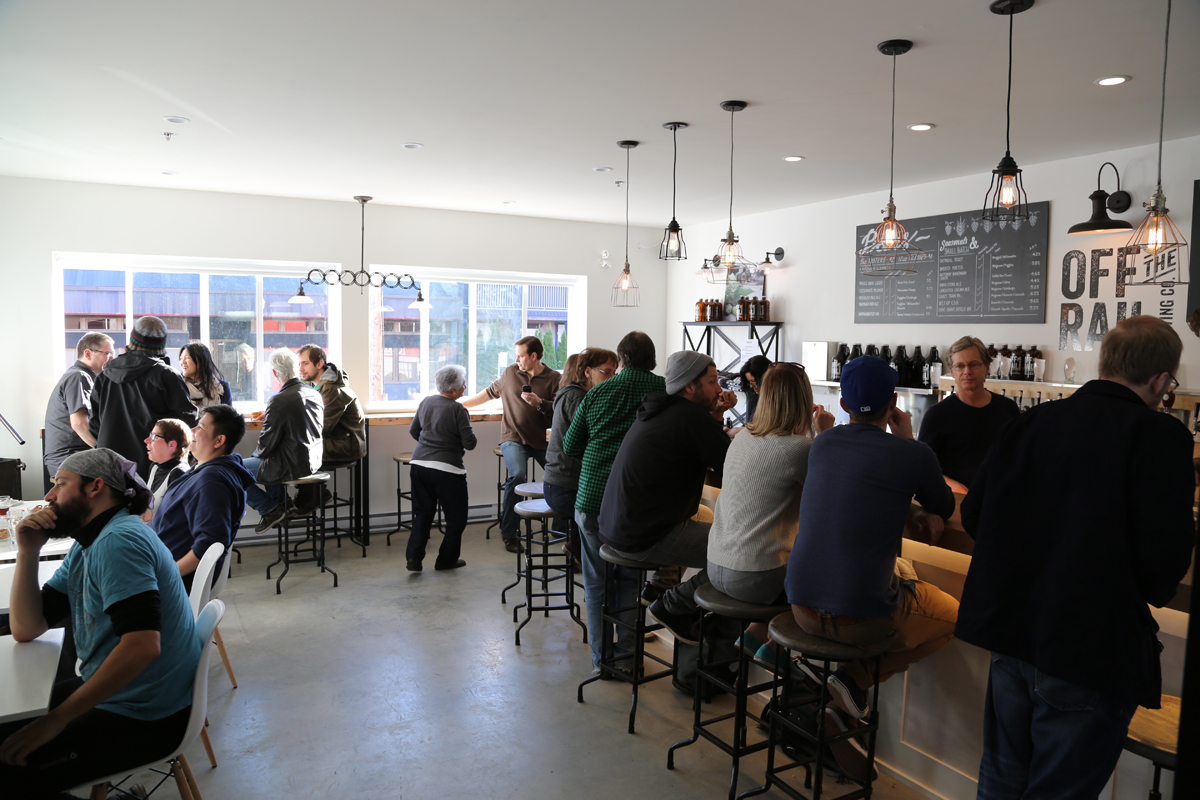 Located in the heart of East Vancouver, our brewery features a cozy and bright tasting room where customers can enjoy our hand-crafted beers, fill growlers, and purchase packaged beer.

The tasting room features 15 taps, of which an average of 10-12 different beers are pouring – all brewed on site! The system also includes 3 nitro taps, where we serve beers that are rarely available on tap outside the tasting room. We serve flights of four 4 oz tasters, individual 6 0z tasters, 12 oz glasses, and 20 oz pints.

Touring Yeast Van? We are proudly located on the Adanac bike path, which is well known as one of the major cycling “highways” in the city. Hungry? While we do not operate a kitchen, we serve delicious snacks from East Side Beer Food that are delivered fresh daily. 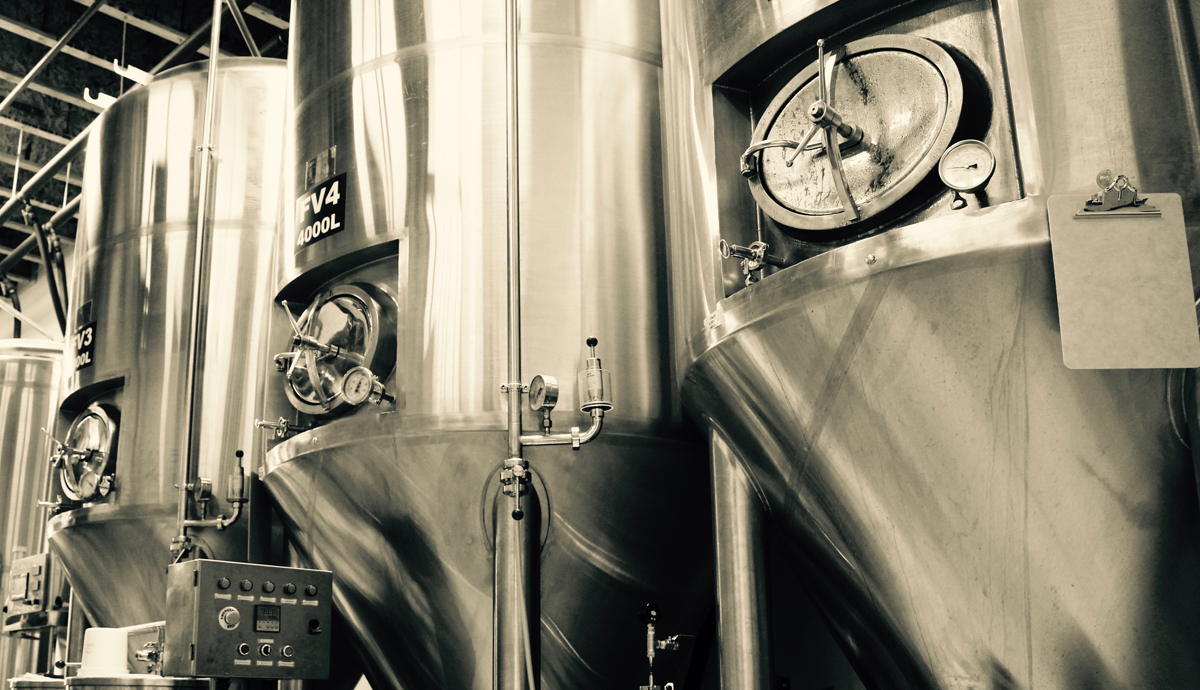 We will be adding two 6000 L fermentation tanks that will be dedicated Pilsner and Lager vessels in the upcoming months.

Our 4000 L tanks are home to our ‘main line’ beers with the 2000 L tanks normally reserved for seasonal brews.

Many of our tasting room beers are done in a 45 L test batch system and are only available until the next batch is complete. Some make their way to a 2000 L batch of 650 mL bottles.

My love for traditional English ales, German lagers, and US IPAs make up the majority of what we brew… along with a few other gems that we put into our tasting room rotation. 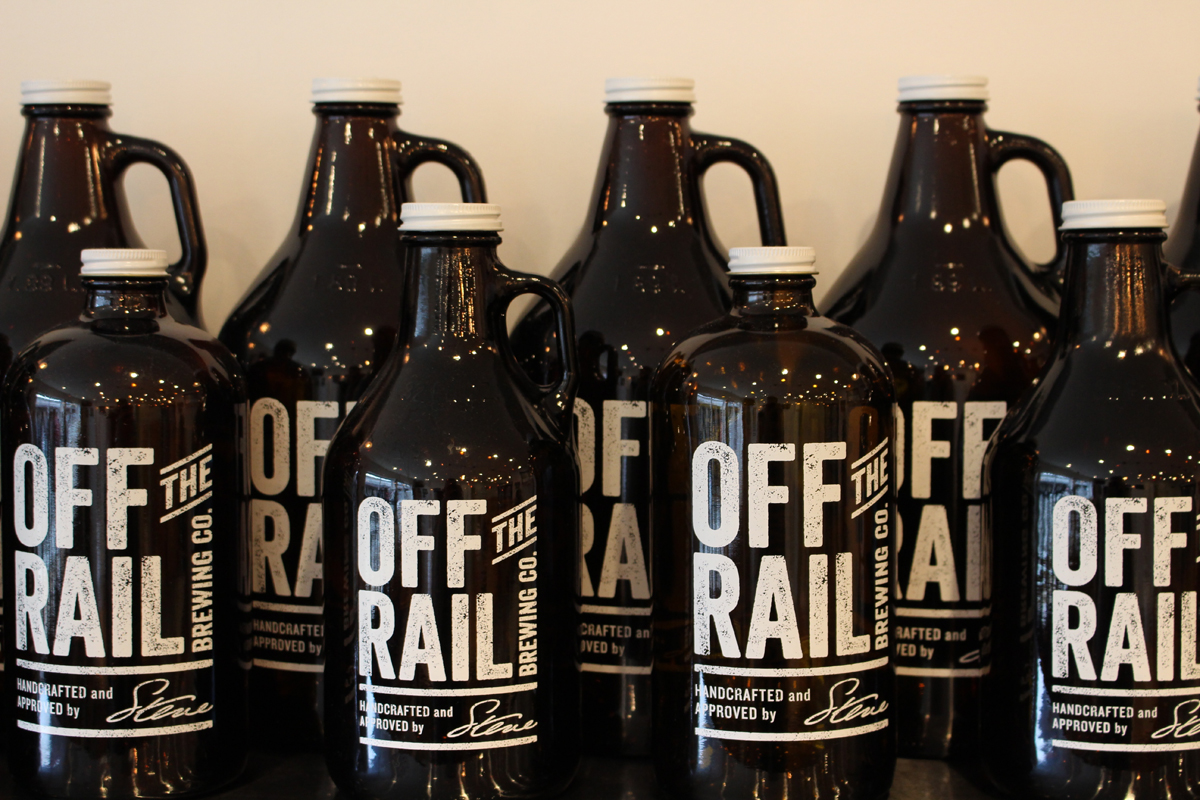 Our mainline beers are available year-round for your enjoyment. To complement these classics, we also produce a variety of seasonals as the weather changes. Check out our current line-up >>>

Off The Rail Brewing