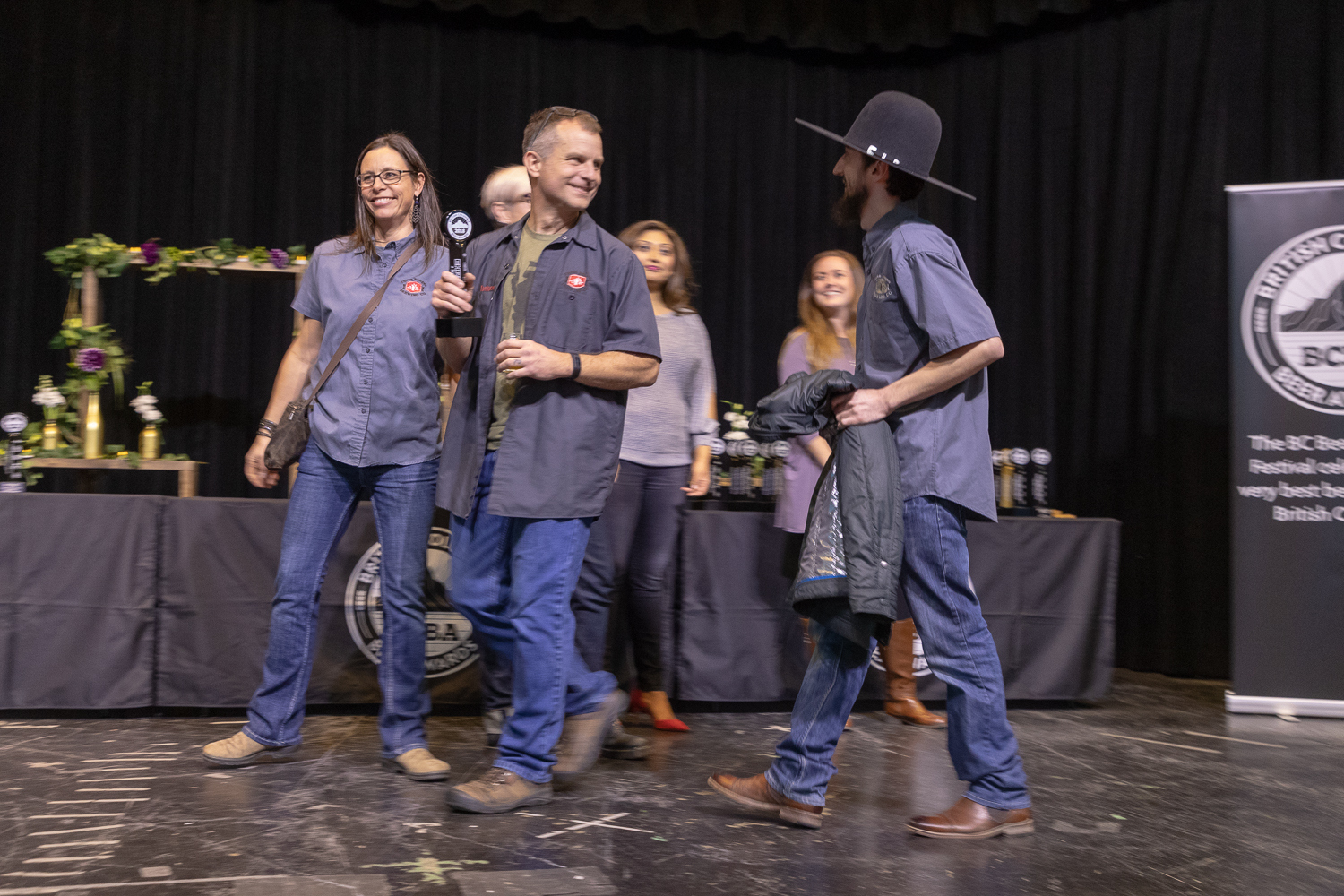 It’s one of BC’s hidden gems. It all started with owner Michael Lewis’ first trip to the mountains of Valemount, when he found himself thinking, “This place is amazing, but what does one do for work?” One solution was to create one’s own job. Rundi, his wife said, “You drink enough beer, why don’t you make it?” It became their long term dream, and in 2013 it became their brewery. More about Three Ranges Brewing →

You won First Prize for your Tail Slap IPA at BC Beer Awards 2018. What were you most proud of about that?

I’m most proud of our IPA win, because the North American IPA category is one of the more competitive categories.  For a tiny, mostly-unheard-of brewery from northern BC to win is amazing. It’s a great feeling to get that bit of professional validation that your beers are on par with breweries from around the province.

We just released several new beers into our line-up this year that we call rotators.  They’re regulars, but on an irregular basis.  We’re such a small brewery that we can’t keep more than 5-6 of our beers on the shelf at any given time.

Our seasonal for Winter is always our anniversary ale.  It’s typically the only beer we bottle.  It’s all done by hand, and it’s usually a beer that made from 2-6 months in advance of its December release so that it can properly age for its style.

We’re currently working on our 3’Fer collab series with Iron Road Brewing in Kamloops.  They’re a great group of guys, and in our whole effort to name the beer it’s turned into a 3 part series…but pay attention, there are some crazy details to this madness.

In the summer, we help support the vALEmount Craft Beer Experience, Valemount’s summer craft beer and music festival.  We also are big supporters of our local mountain bike park.  It’s only been really going strong for 2 years, but its popularity is growing very fast.  We are also very involved with our legions both in Valemount and Jasper.  Legions are a special place for me as a veteran.

The only other thing I have to say is that this is a monumental year for us.  We had in mind that we’d always be a very small community brewery.  We still are at heart, but certain business situations dictated we spread our wings a little further than we expected.  Since then, we’ve been pumping out as much volume as we can.  Every year that volume has grown, much to my surprise.  This year I am proud to say we will exceed 1000hL on our tiny 3hL brewhouse.  It speaks volumes about my family and our staff that these guys and gals can put forth that much hard work, and it speaks to our community which helped us keep this thing afloat and grow beyond what we ever expected.  It’s a great 5-year birthday present.

Roaming the Beer Frontier in Northern BC