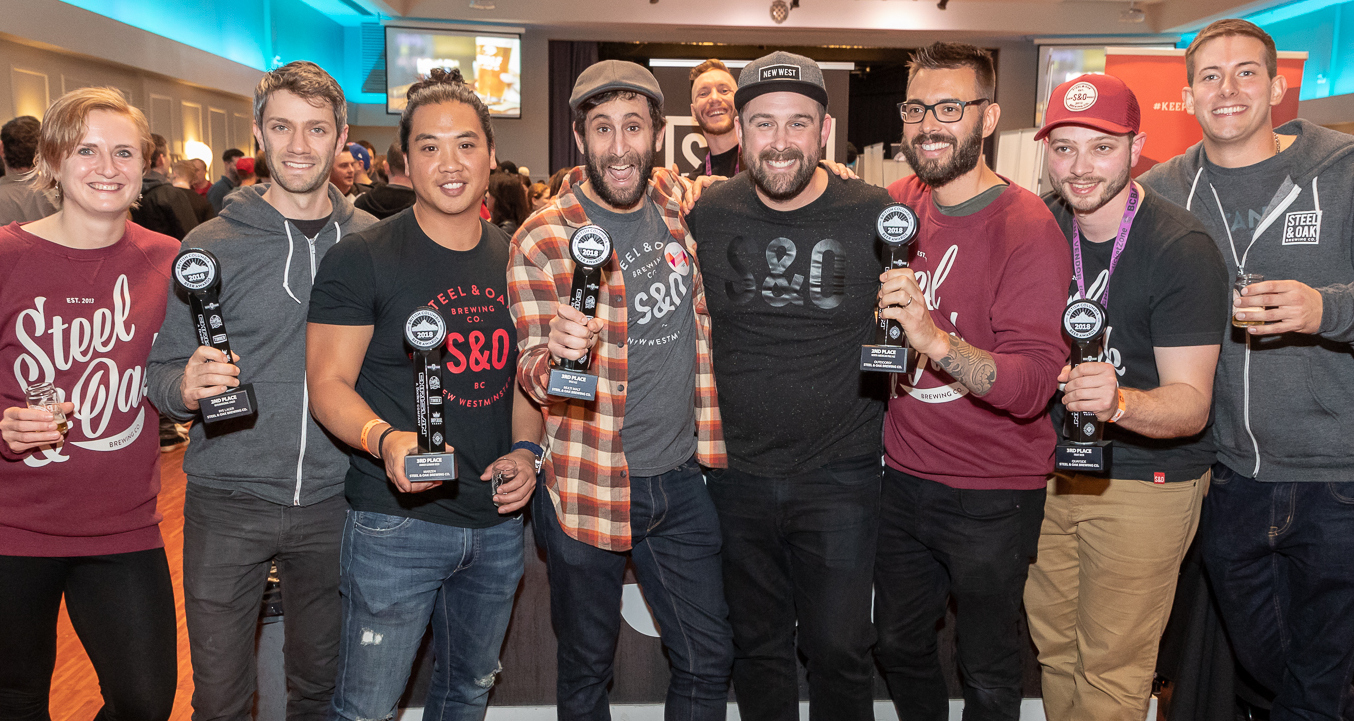 Above: Jorden Foss (fourth from right) and Steel & Oak quietly win an amazing five (5!) awards at the BC Beer Awards & Festival, October 2018.

In 2014, the Steel & Oak Brewing tasting room and rotating art gallery space opened about 15 minutes’ walk west of New Westminster Skytrain station. Let’s pop in and hear from one of the founders.

Outdoorsy! We’re normally known for our European styles so to get recognition in the West Coast Pale Ale category is pretty awesome.

We are releasing a Barrel Aged Blonde with Gooseberries called Meander, Weizenbock will be making a comeback, and we’ll be continuing on with our monthly IPA series so you should see some new hoppy stuff from us soon.

Yes! We’ve got a charity brew being released in January with the folks from West Coast Canning and we’ve also got collabs with Brassneck, Boombox, and Gigantic all being released late this year and early next.

Any new brewing techniques you’ve discovered or upgrades at the brewery these days?

We’re pretty maxed out at the brewery tank wise but we finally got around to adding a nitro tap in the Tasting Room.

We like to stay pretty active in New West. In December, we poured beers for Fridays on Front: Holiday Edition. We also recently hosted a launch party for our collab with West Coast Canning benefiting the Camp Kerry Society, a New-West-based charity.