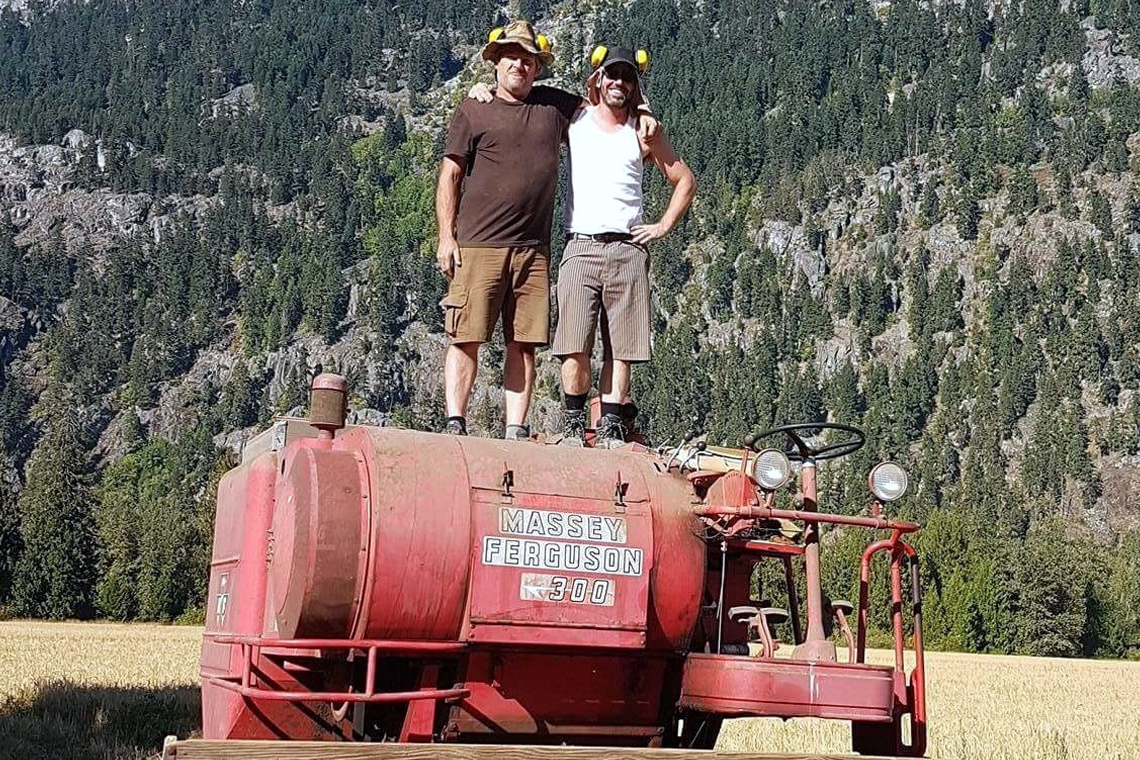 Above picture: On the farm, at harvest time 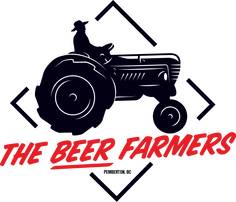 See those droplets condensating on your glass of cold beer? Bubbles rising from the depths, travelling through an amber liquid made from toil the likes of which most of us will never experience. Farmers tirelessly working the field, collecting the bounty, storing their grain or their hops. Once those raw products are ready for the next stage in their journey the burden transfers to the brewer, whose wisdom and work-ethic mix and match and make those precious crops into an elixir fit for kings. And you, and me.

The theme of this season is Harvest, and who better to bring to bear the backbreaking, beer-bringing reap than actual farmers? I spoke to Will Miller of Pemberton Valley BeerWorks, also known as The Beer Farmers, to gain some insight into this autumnal time of year and just what goes into that gorgeous glass of beer.

The Beer Farmers are unique in that they grow both barley and hops on their farm, with each crop maturing around the same time: late August-September. And while the summer is relatively peaceful (watering, watching and waiting) once autumn hits, it’s all hands on deck.

“Long days, big crews,” recounts Will. “Battles with the clock and nature: floods, rains, damp in the morning then 30 degrees in the afternoon. It’s a big push for us.”

The Miller family has been organically farming this land for four generations, and while potatoes are the primary crop, barley has recently entered the fray. And chief among the hurdles they encountered was the fact it had never been done before in the Pemberton area. Part and parcel of this adventure into uncharted territory was the chiming-in of naysayers, telling the Millers they couldn’t grow barley here. That it wouldn’t thrive.

To which Will replied, “How ‘bout you leave the farming to us?”

Sure enough, the grain grew and got great scores with regard to plumpness and protein percentage (important factors in malting). This fall will mark their third crop to be harvested. And how do you actually harvest the grain? “We bought an ancient Massey-Ferguson grain combine from up north,” says Will. The rustic, red devil looks like it belongs in a field painted by Norman Rockwell but, “We got it running and it gets the job done.

As for hops: those cone-shaped buggers need harvesting too! And while this is no small task, Will says, “It’s never too hard to round up a crew when there’s work to be done. Especially when beer’s involved!” In addition to the traditional toil, memories are also harvested, enough to last a lifetime.

“We’re very excited to brew some wet hop beers,” says Will. The Beer Farmers figure a wet-hopped SMASH (single malt and single hop) would be the perfect conduit for showcasing their locally grown ingredients, “while teaching people about the beer making (process) and how it relates to farming.” I couldn’t agree more. 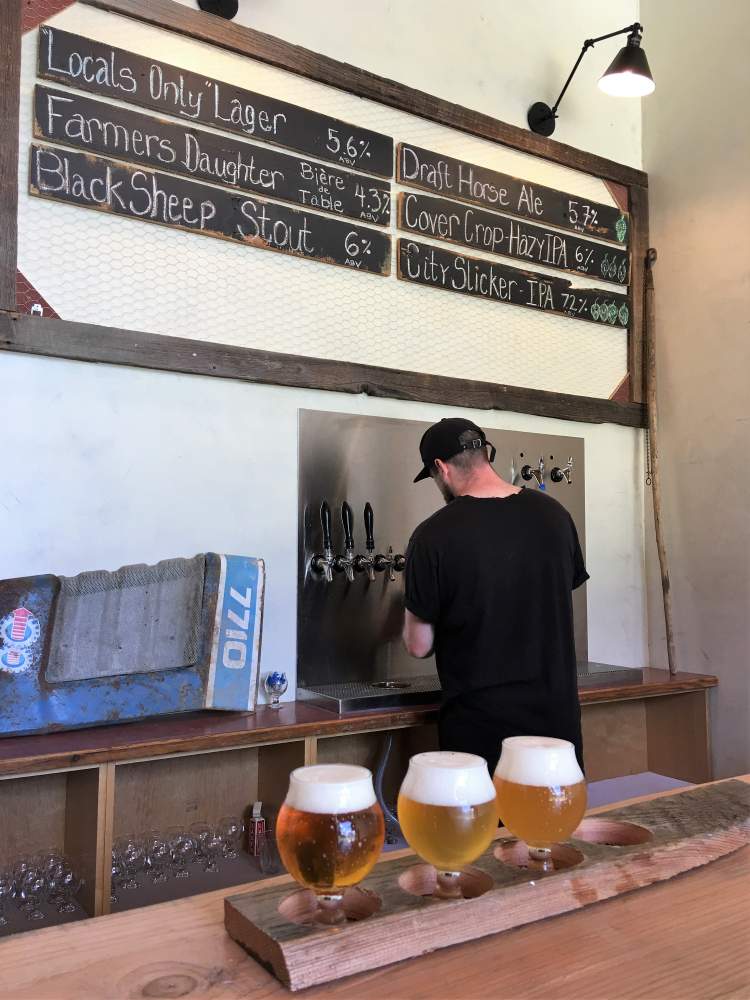 All work and no play makes Jack a dull boy, and you can’t finish off a reaping season without a little celebration. The Beer Farmer’s Fall Harvest Party took place on the farm (naturally!) on October 27th to coincide with their pumpkin patch season, and it was a barn-burner. Well, not literally a barn on fire but… well… you know what I mean.

Grab yourself a locally-crafted beer, pour the precious liquid into a glass, and consider the farmer before you quaff. Consider the toil that came before the spoils and I’ll see you in the field. 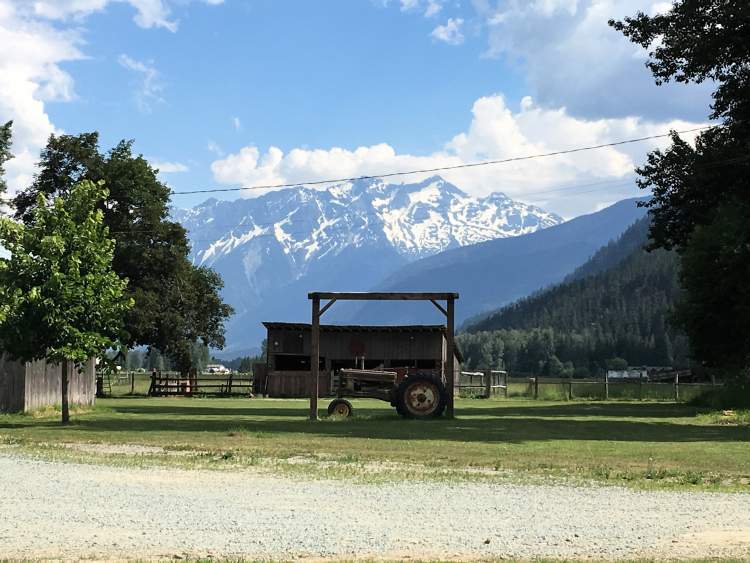