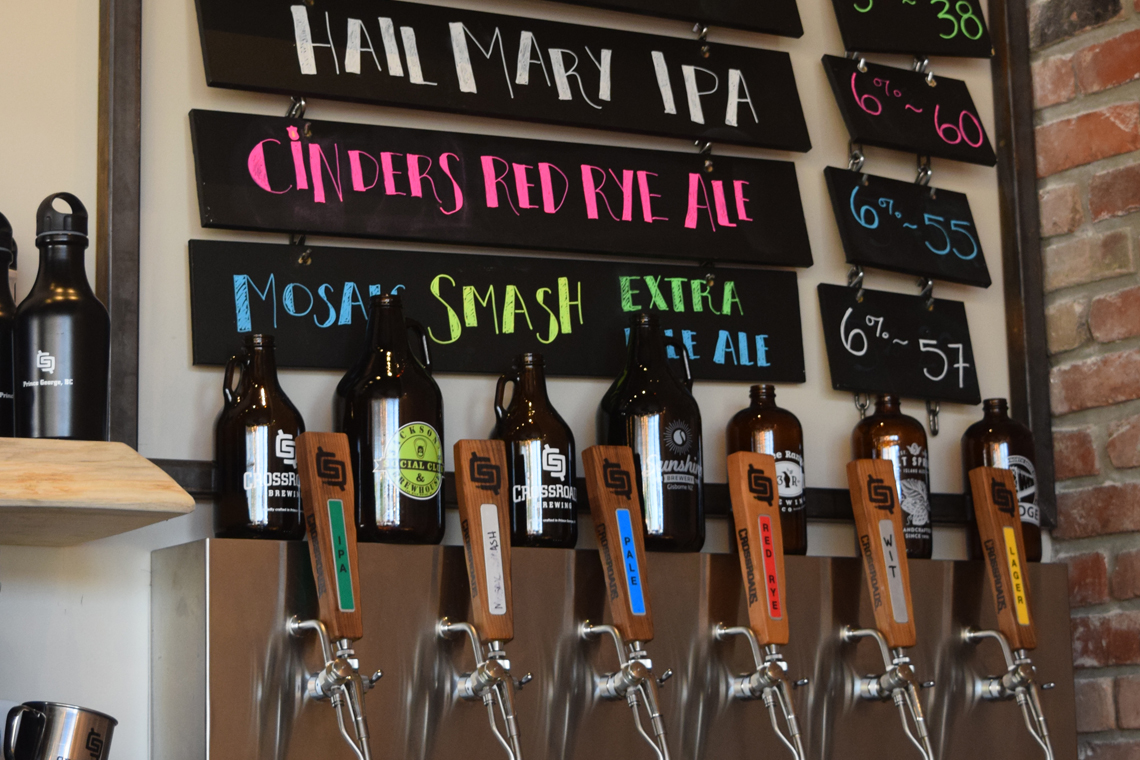 Above picture: At Crossroads Brewing

Howdy and welcome all!

The last time we met, I focused on how the craft beer landscape has changed in Prince George and The North over the past fifteen years.

Now Fall is coming, and students are making their way back to school. One of the things that has changed is the beer selection available at the University of Northern BC. When I went to UNBC, the place to drink was the Winter Garden. A local macro lager was the only choice. In 2009 the Thirsty Moose Pub opened, but the original selections were still macro brands, like Granville Island Brewing and Pacific Western. Fast forward to 2018, and the selections from independent BC craft brewers now dominate.

It was a most exciting summer with many beer-related events being held at places like CrossRoads Brewing, Trench Brewing, as well as the second annual sour-beer-focused Pucker Fest at Kask Taproom & Eatery. Craft beer events in Prince George seem to be popping up more and more. Nearby Valemount, BC featured the second Annual vALEmount Craft Beer Experience hosted by Three Ranges Brewing Company. The second annual Hazelton Hootenanny, hosted by Hazelton Hops, took place in August. Both events are hybrid beer/music festivals offering brews from Indie BC Craft Breweries. The final CrossRoads Street Festival will be happening in September. On the music festival front, Arts Wells in Wells, BC, near historic Barkerville, once again had Barkerville Brewing as its beer sponsor. Many of the establishments in Wells also have BC craft beer available for event goers.

The recent announcement of a Northern BC Ale Trail is exciting news, since it will launch many of the Northern BC craft breweries into the spotlight. They have already banded together, but this will allow them to become an even stronger collaborative force in a developing market.

Last issue, I mentioned many of the craft friendly eating establishments and liquor stores in Prince George. Possibly the best place to go for a diverse lineup is The Copper Pig BBQ in downtown PG. What excites me about them is the diversity of 100% indie BC craft beer they offer, and how they rotate their selections. It’s cans or bottles, but it’s so good.

Other establishments that are craft friendly include the newly-opened Grand Trunk Tavern and the Northern Lights Winery Bistro. The Westwood Neighborhood, Shooters and BX pubs, plus chain restaurants like Original Joe’s and Browns Social House, are slowly coming around too. As a matter of fact, the latter has debuted the new Brown’s Craft House venture, one of which is in Fort St. John.

Some of the craft friendly liquor stores here include Alfredo’s and Noble Spirits. Even my local liquor store, Liquor on 5th, is starting to come around.

As for breweries I didn’t mention last issue: Jackson’s Social Club & Brewhouse in 100 Mile House is the only craft brewery located between Quesnel and Chilliwack. But rumours abound about more Northern growth. Cutbank Brewing continues to be whispered about in Prince George, and there’s talk of a craft brewery opening in Dawson Creek. If these do happen, the North will be more vibrant than ever!