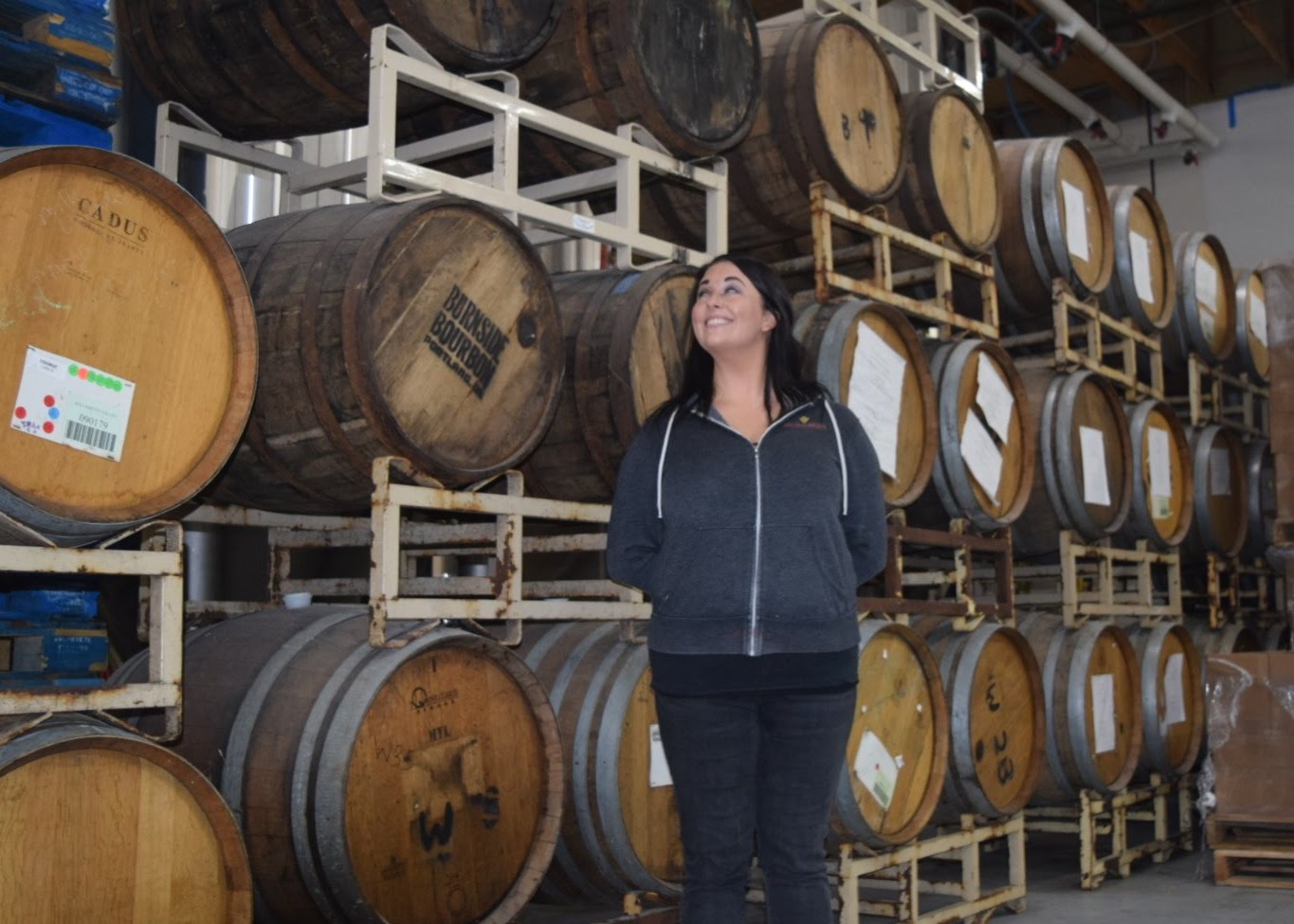 For many people, Salem, Oregon is just a place along the I-5 you drive through. We stayed a night on our way to Bend, so we can confirm that Salem, home to a dozen breweries, is a worthwhile beer destination on its own. Like Bend, they have their own tourism-sponsored Salem Ale & Cider Trail. Here are a few standouts from our visit to the capital of Oregon.

Gilgamesh has been brewing beer for 10 years and has been at their current location, called The Campus, for five. Originally intended to be just a tasting room, the location has morphed into a large brewpub with a full food menu. Their tap list is extensive; when we visited there were 10 seasonals in addition to the five mainstays. Like most breweries in Oregon, they had more than one IPA, but a variety of other styles were also available.

Nicole, a bartender and server who is also taking craft brewery management courses at Portland State University, took us through the brewhouse. Nicole is a Cicerone® Program Certified Beer Server, like all the servers at Gilgamesh, who have 90 days after being hired to get their certification. Nicole believes this gives Gilgamesh the means to fulfill their motto, “a beer for everyone,” because it means the staff have the knowledge to ask the right questions to match all of their customers with a beer they will enjoy.

Santiam is a relatively small brewery located in an industrial park. Nondescript outside, it has a warm, lively tasting room inside, with a surprisingly interesting beer list. With a Welsh brewer, the styles tend to lean towards English and Belgian. The fifteen taps are grouped into tiers (1–4) and a category called “vintage,” which divide the beer by ABV and therefore price.

For some beer geeks, the best feature will be the cask bar, which always has four casks on tap. When we visited, the casks were an IPA, an Imperial IPA, an ESB, and a Porter; they were all excellent. Overall, Santiam had the most interesting beers we encountered during our time in Salem.

An easy walk from Santiam, Salem Ale Works (SAW) has a large new tasting room on one of the main roads in Salem. Continuing the huge tap-list experience, their 12 taps include four mainstays, six seasonals and two guest ciders. This list included no less than five IPAs, three of which were part of their rotating series: Sgnarly (Hop series), Mauler (more malty), and the Brewer’s Choice, a delicious thick, chewy, opaque rye IPA. There was also a collaboration with the new Bine Valley Brewing, another tiny brewery worth checking out, which opened up down the street in SAW’s old space.

Salem is one of those towns you have to do once. Now you know you can take care of it on your way to Bend. Besides the above, there is craft at Rogue McMenamin’s, Vagabond, Seven Brides Brewing and others. Sparky’s Taphouse was a nice surprise too.

Travel tip: on your way, you’ll be passing through a mountain resort town called Sisters, home to a brewery and beer sauna. Check in for a different kind of bubble bath.

Next Up: BEND OR

Beer Seekers
Beer Seekers Dave and Ivana Smith have been touring for craft beer since 1999. Join Ivana and Dave in search of the next perfect pint in BC and around Cascadia.