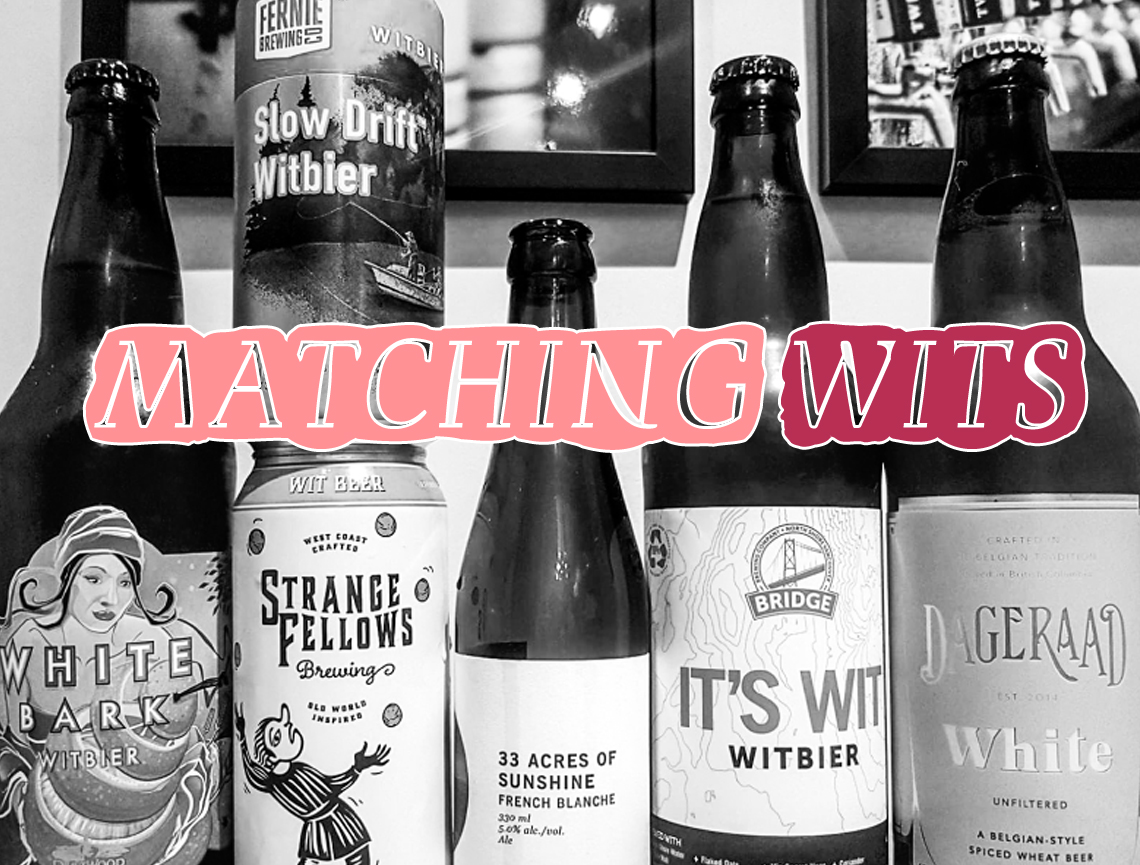 Every three months, What’s Brewing huddles with Jordan Knott of Legacy Liquor Store to source out a batch of beers that match the seasonal theme of our next magazine, but which are also available well in advance, for our panelists. When we’re lucky, we get six great examples of a perfectly vertical seasonal niche, created by six BC brewers. It’s never a slamdunk folks. Jordan’s done well this round. Tasked with finding a set of wheat beers, he’s come back with a sextet that includes witbiers and whites.

Along the way we eliminated other wheat beers that were available, but wouldn’t have fit the tasting. At one point we were shooting for a Hefeweizen six-pack, but some of these summery beers just don’t come out until summer. Thing is, we couldn’t just grab a couple of Hefs, a couple of Wits and a fruity North American-style wheat beer or two and call that a group, convenient as that would have been. Let’s dive deeper into why that is.