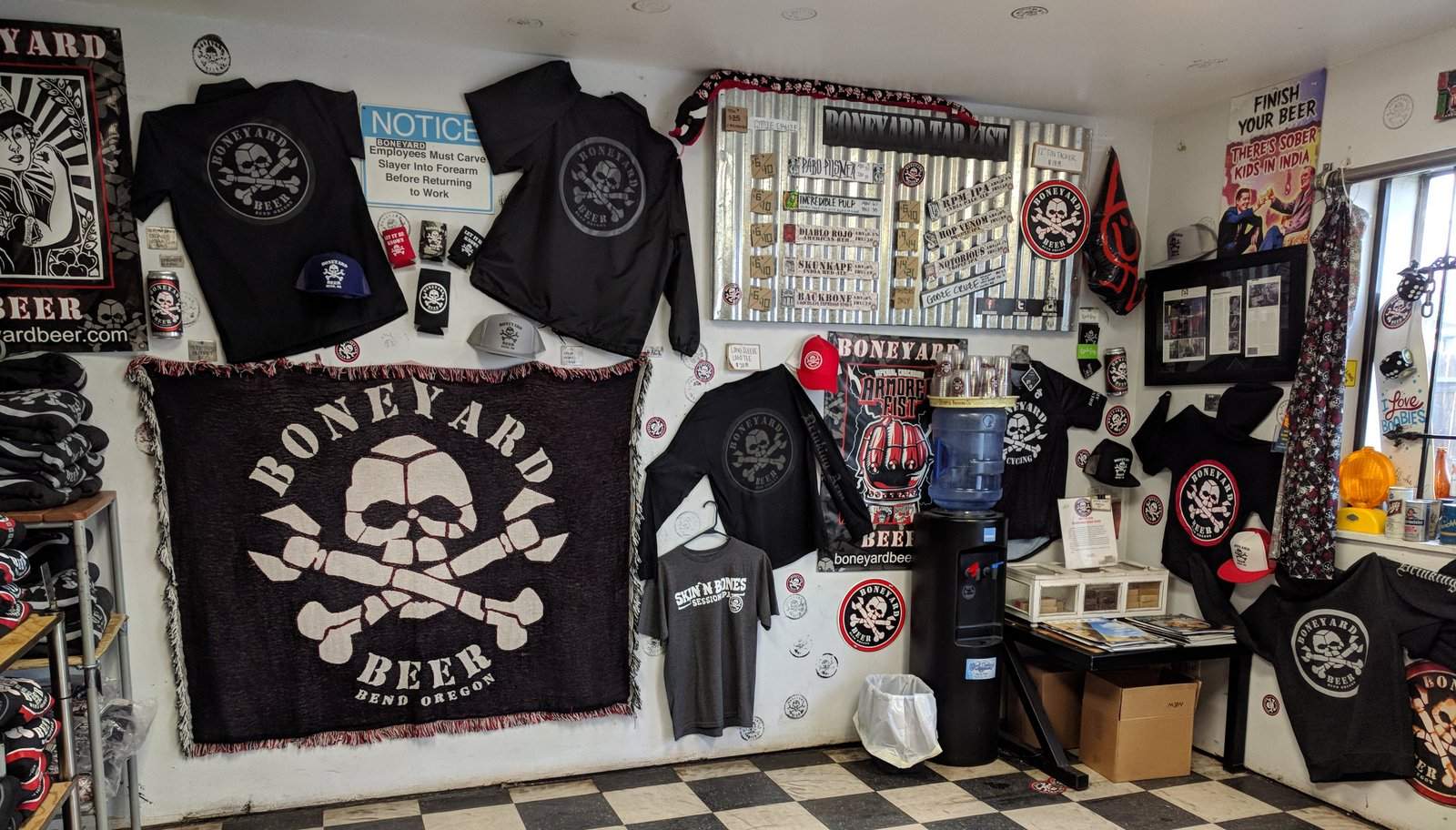 In this chapter, the BeerSeekers Revisit Central Oregon and discover Boneyard Brewing. Start your tour with Part I: Ale Apothecary

Boneyard Brewing got its start, and its name, eight years ago in a tiny former auto shop on the edge of historic Bend (“boneyard” being a nickname for an auto wrecker parts shop). That downtown space still functions as their public tasting room, offering tiny two-ounce samples, growler fills and crowlers (one litre/quart ready-to-fill cans). It also has a small brewhouse. Their main production facility, not open to the public, is in industrial northeast Bend, an area quickly filling up with new breweries. We dropped in for a behind-the- scenes peek courtesy of Boneyard’s events and communications rep Liz Mario.

Boneyard definitely has attitude, which is apparent in their marketing and merchandise. There are four pinball machines in house. They may be the only brewery that has its own converted-bus camper that gets driven to beer festivals and is regularly repaired by the multi-talented brewery staff. As Liz says, “we’re a little bit off the wall, but we like it that way.”

Turns out that Boneyard packages very little product. Their spacious warehouse brewery is populated by the countless kegs that feed their draught accounts. In addition to the two aforementioned facilities, Boneyard’s new pub in midtown Bend should be open by the time you read this. Pro tip: you can sometimes find them on tap at certain Vancouver/Victoria outlets.

Up Next: MORE BREWERIES

Savouring Ales in Salem OR

Beer Seekers
Beer Seekers Dave and Ivana Smith have been touring for craft beer since 1999. Join Ivana and Dave in search of the next perfect pint in BC and around Cascadia.