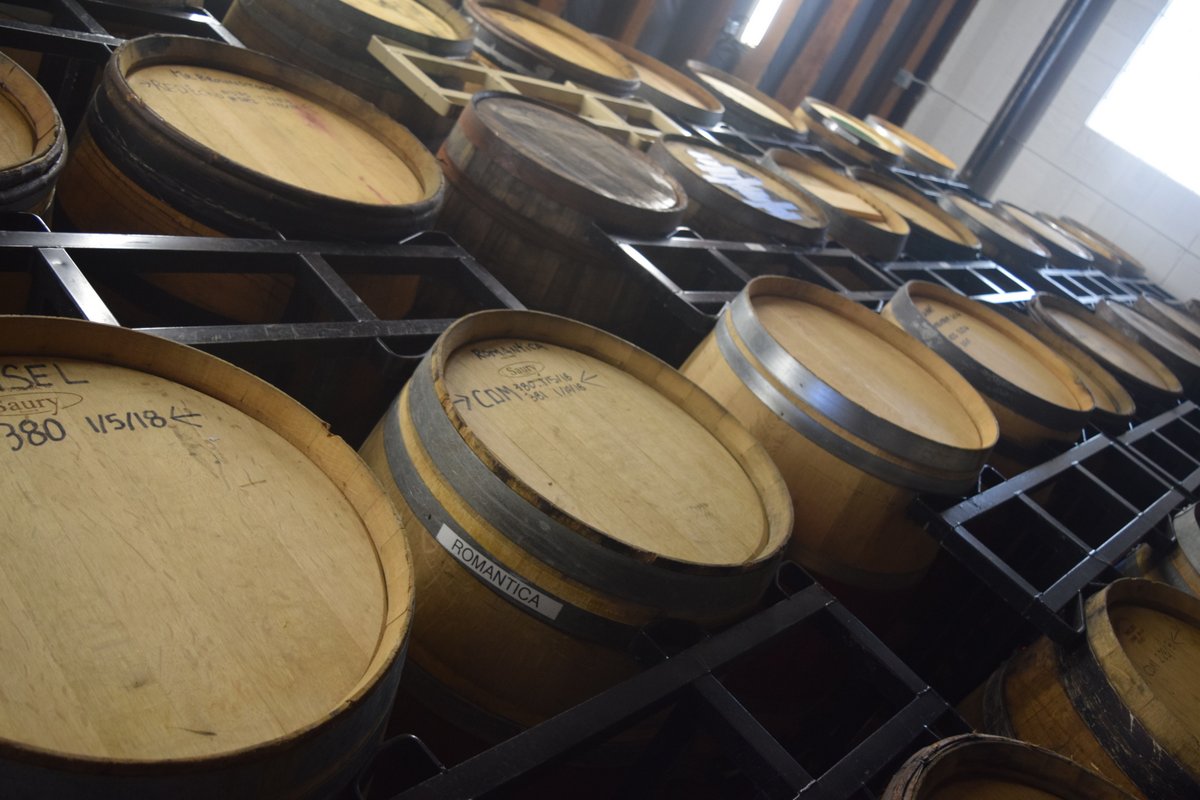 Any discussion of Bend beer normally starts with its biggest success story. Founded here in 1988, Deschutes Brewing is Oregon’s largest single brewer, so they dominate the local scene. But many smaller breweries have cropped up here, founded by Deschutes alumni. Let’s start our report with one of those.

If you’re going to Bend, do yourself a favour and make sure you’re in town between Thursday and Saturday so you can get in to the limited-hours Apothecary tasting room. Here you will find no run-of-the-mill lagers and IPAs. This truly artisanal boutique operation, with only eight team members, has a cult following for a reason. They burst onto North American beer geek radar when it got out that they were brewing beer in the woods using a lauter tun carved out of a spruce tree. The resulting signature ale, Sahati, is rated a perfect 100 by style at RateBeer.

To really see what all the fuss is about, we embarked on a bold voyage of discovery. On an extremely snowy March morning we departed Bend and headed half an hour into the forest to Paul’s rural home. After walking in from the road and snooping around a seemingly empty house for a quarter hour, we finally found the giant garage door leading to their forest laboratory. Co-brewer Jared Smith welcomed us into Apothecary’s garage brewhouse to demonstrate their rather unique production process.

Paul and Jared concoct tiny-batch beers aged in oak. The ales are strong on flavour, and not shy on ABV (typically 9-10%). Each batch takes about 40 hours to make and contains as many local ingredients as possible, down to the spruce tips used in their Ralph series, harvested straight from the trees on the property. Beers are then aged for one to two years in a warehouse space dominated by imposing racks with row upon row of barrels.

These guys are serious about what they do, and they clearly don’t plan on changing their approach just to cash in on the craft wave. Not that their beer is cheap; most bottles on offer were north of $30–40. We tucked tail and ran home with the most parsimonious choice on offer, a 500 ml bottle of Be Still dark sour, still $20.

Next Up: BONEYARD BREWING