Yes, Mr. Editor, I’m aware this issue is all about travel, but who in their right mind leaves Vancouver this time of year? Ten million tourists simply can’t be wrong. We locals have suffered through the gloom of our wet winter and cold spring. We deserve to enjoy our summer, particularly when you consider our new collection of craft-brewery patios.

I last reviewed the craft beer patio scene for What’s Brewing in 2012. Back then, I could only compare brewpubs and craft beer– focused restaurants, bemoaning their usual locations on main streets plagued by traffic noise and diesel fumes. Restaurants must jostle for space in places where they have high visibility. Not so craft breweries, often in districts with industrial zoning, and that usually means side streets. Thanks to change via government, plus considerable time and money put in by the industry, licensing changes have created much greater choice for the sun-loving craft beer drinker.

I look for a southerly aspect for lunchtime and north- or west-facing to catch the late evening sun. Red Truck has a large south-facing patio tucked away off Industrial Avenue. Green Leaf has a tiny patio in a high traffic area of Lonsdale Quay, so it can be tough to get a seat there. You might have better luck at Bridge Brewing’s eight-seat patio, though it’s a bit out of the way unless you are returning from a hike at Mount Seymour. While Richmond’s Britannia does not have a tasting room at the brewery, they do have their restaurant, with a south-facing patio, on a quiet road in Steveston. Back in downtown Vancouver, due to the angle of the street grid, Yaletown’s patio has a south-east exposure, and their brick really heats up, perfect for lunchtime sun lovers early or late in the patio season. 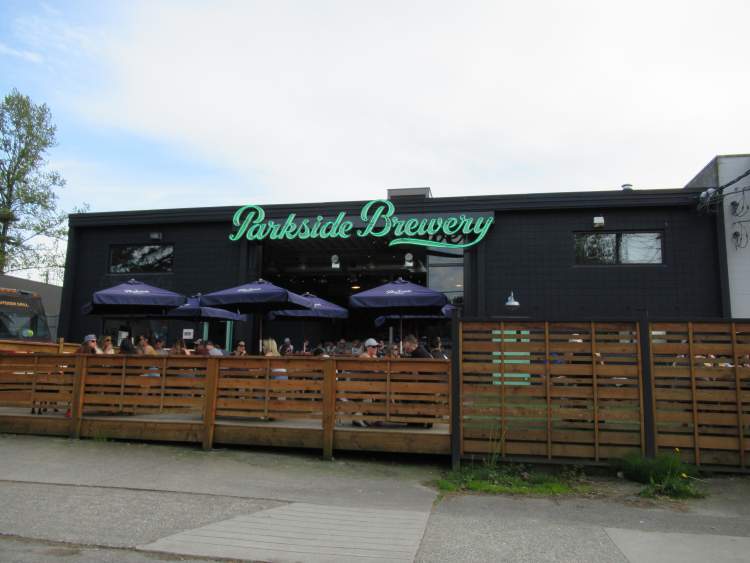 Lower Mainlanders can Skytrain or bus out to Port Moody, AKA Patio Central, to join J. Random in a patio staycation this summer

R&B now has a long narrow patio facing north; as yet, no tall buildings block the evening sun, although that may change since the zoning for the area now allows buildings up to six stories tall. Parallel 49 gained a narrow patio with their recent renovations, still a rare phenomenon in Yeast Van. Steamworks’ patio faces northwest but is heavily shaded by downtown’s high-rises late in the day and Water Street does get a lot of traffic. Fuggles and Warlock have their west-facing patio on a side street behind Ironwood shopping centre in Richmond.

Deep Cove’s patio is on the east side of the building, but it has great southern exposure. Dockside’s east-facing patio has a view of False Creek marinas and is enclosed on three sides by the Granville Island Hotel, which is fine if you are looking for shade. 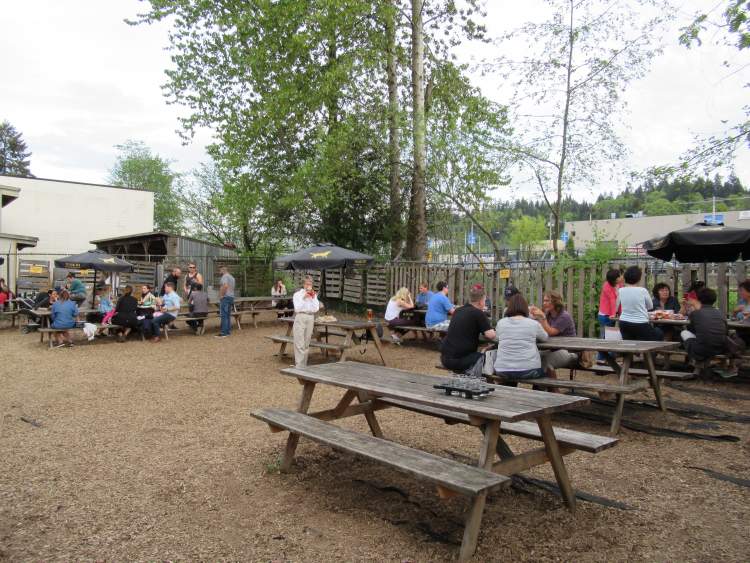 Backyard picnic tables at Yellow Dog count as a patio too

However, when it comes to enjoying ales outdoors, one neighbourhood has everywhere else beat. The Port Moody breweries all have patios within steps of each other. The patios at Moody Ales, Parkside, and Twin Sails face north, and Yellow Dog’s faces south, so you have a choice of sun or shade at any time of day. I suspect Moody Ales, at the end of the row, gets the best late sun, but it clouded over the evening we were there. Twin Sails has the smallest patio, but we still managed to get seats at 5:30 pm, midweek. Yellow Dog has more of a back yard floored with wood chip mulch. Two of their picnic tables were out of action in early May, so get there early to snag a spot to sit down. 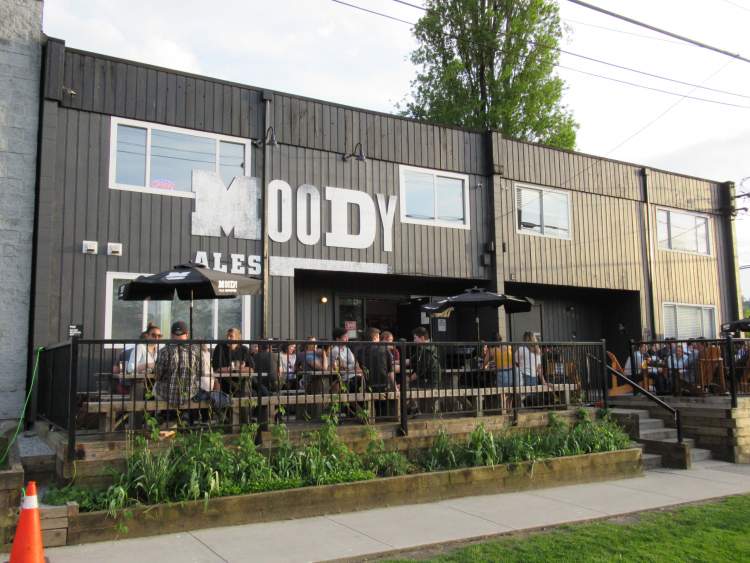 Though I mostly focus on patios at breweries for this article, I can’t end without a mention of the superb off-street patios at the three Tap and Barrel locations. The Olympic Village location has a western exposure for late evening sun and views of the cityscape across False Creek. The Conference Centre location is exposed almost all around and has great views of the mountains across the harbour, particularly from the coveted tables at the edge of the deck. The patio at the Lonsdale location wraps around the building on the south and east sides, with views of downtown across the harbour. What’s more, the T&B beer selection is entirely BC-focussed, so you will still be supporting your local brewers.

So if you are planning a staycation in Vancouver this summer, or are visiting from other parts of the province, make one of Vancouver’s increasing number of brewery patios part of the experience. And if your favourite outdoor table is occupied by a horde of loud and obnoxious tourists, remember: it was the thought of millions of foreign visitors to Expo 86 being appalled that they couldn’t sit outside and drink beer that convinced the BC government to amend the liquor laws to allow patios in the first place.