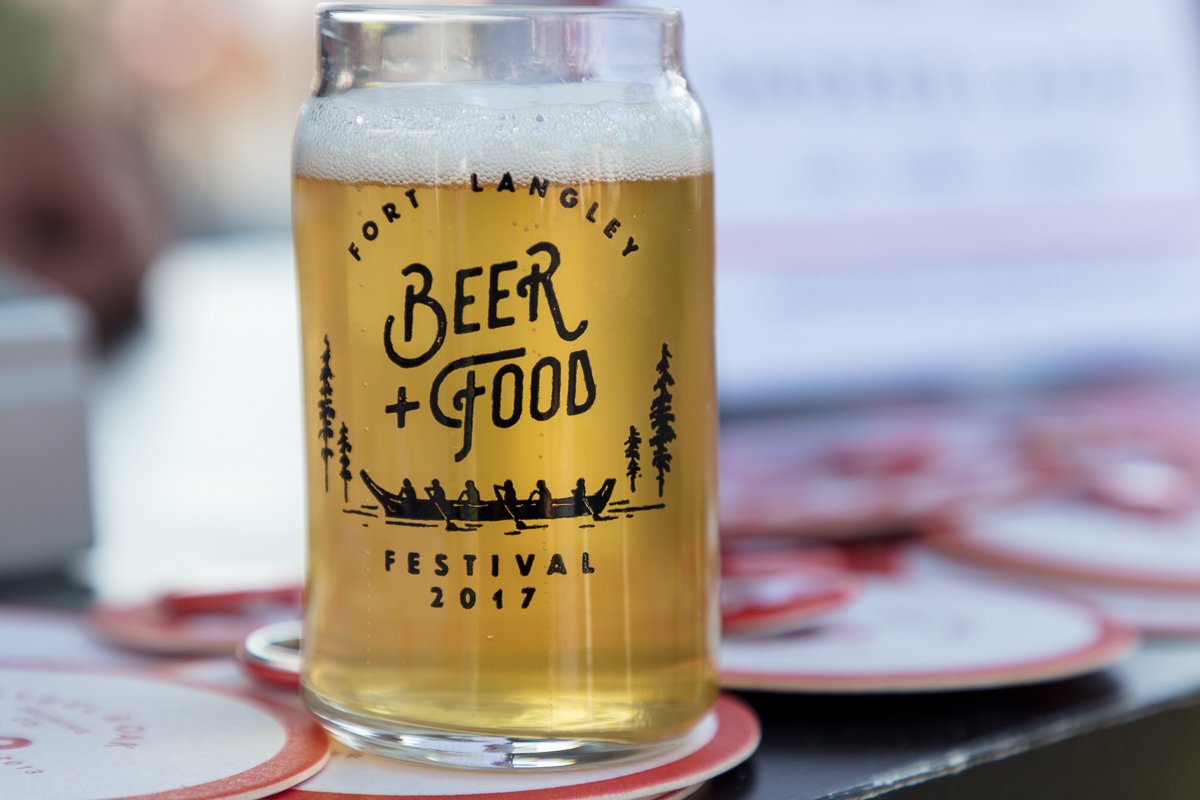 There are some folks who just have a knack for starting up a business. When people like that apply themselves in the area of commercial brewing, you can tell because things just seem to be organized and go well right out of the gate. One such management team, the Verhoeff family, runs Trading Post Brewing in Langley. When it debuted a couple of years ago, they had a veteran brewery consultant, a star brewer, a spotless brewhouse, a well-thought-out core taplist, and all the accoutrements needed for a cozy tasting room experience. Everything was professional and done with class.

So what has Trading Post been up to since opening in 2016? During 2017, they opened a second location (their Fort Langley Taphouse & Eatery),  partnered closely with famed restaurateur Vikram Vij and became a beer supplier to the Langley Events Centre, home of the Vancouver Giants. That’s a lot of accomplishments, mostly without tons of fanfare. We hope they slow down in 2018, before it gets embarrassing for everyone else. [Update: too late; they’re opening a third location in Fall 2018: a Trading Post Eatery in Abbotsford.] Oh wait, one more thing: they invented an amazing outdoor beer festival. 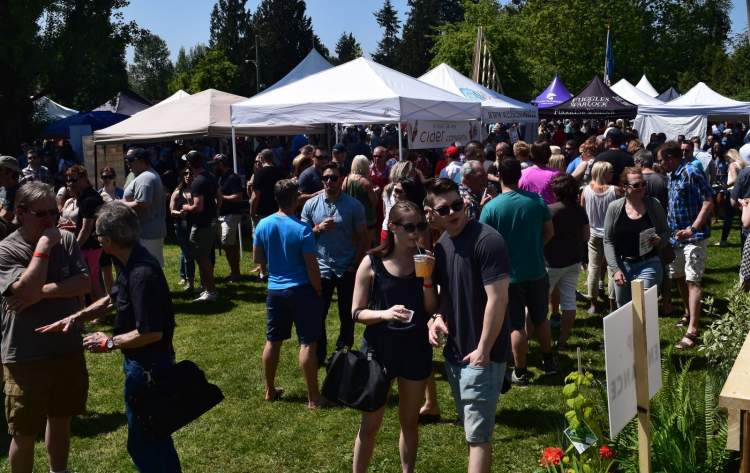 The inaugural Fort Langley Beer & Food Festival featured a veteran event organizer, a great outdoor venue, a smart layout, an efficient system and great breweries on site. Not all events knock it out of the park in their first try, but this one did. They sold out their 1800 tickets last year, and as a result have added room for another 1000 guests in 2018 (those numbers are nothing to sneeze at, putting FLBFF into a tier just below the very biggest events on the annual BC craft calendar). Marketing Manager Hannah Brown notes that 60% of their targeted 2800 tix are already spoken for, so those interested are advised not to wait ’til the last minute.

So what was the inspiration behind creating an outdoor festival? As Trading Post Co-Owner/Founder Lance Verhoeff tells it, “One of our core values at Trading Post is community, so putting on an event that brings thousands of people together in the heart of the Birthplace of BC, the National Historic Site in Fort Langley, to enjoy fresh local beer and food that is produced and grown right here in the Fraser Valley is a natural fit.” Note that the list of breweries he refers to can be found right here.

Lance continues, “We wanted to create a place for friends to gather, enjoy, celebrate and taste the best of the Fraser Valley which is why we decided to put on this festival. Our community thrives when we choose to support local, so hosting an event like this to promote other beer and food vendors in our local area will make for an amazing afternoon!”

What made the inaugural festival different from others?

Although the organizers will certainly change things up a bit this year, their one-year track record already shows that they’re capable of great planning, which bodes well for your chances of enjoying their second annual event.

The organizers chose their event name and format carefully, and in doing so, they’ve joined a trend toward presenting beer festivals that aren’t just focused on beer. Other BC events going in this direction include the Cowichan Craft Beer & Food Festival and the Coquitlam Craft Beer Festival. Both put their food vendors right up front and present their wares as a marquee attraction, and not just the grub to eat out of necessity.

As you’ve no doubt experienced by now, the standard outdoor beerfest approach is to provide one or more food truck options in a “mess hall” area, often with massive lineups at chow time. Like the two others noted above, the Fort Langley fest instead features numerous food booths with gourmet-level treats for you to snack on as you’re moving about the grounds. To underscore the equal status granted to food at FLBFF: there are 20 food booths slated for 2018–almost as many food vendors as breweries.

Damn, is there anything not perfect about this?

So everything’s wonderful, and we only write flattering things about events we recommend, correct? We wouldn’t blame you for that assumption, because when an inaugural event scores this high in most categories, there’s not a lot to criticize. But we can always find a thing or two to keep it real.

For most Vancouver residents, the biggest drawback of the Fort Langley festival will be that it’s in, well, Fort Langley. Given that the Skytrain doesn’t run out there, there’s a need to organize some transportation solution that won’t take 3 hours each way. Until we get ride sharing (Uber/Lyft) in this region, the only practical approach for many groups attending will be for someone to bite the bullet and do the designated driver thing.

Speaking of that, parking is quite limited around Fort Langley, so be prepared to scrounge around to find a place to dump the voiture. If you’re not showing up on time, factor in that you’ll be walking a ways to the fest, which will make you even later. So show up on time, preferably early.

There is now a shuttle arranged for the Festival, from two Skytrain stations: Surrey’s King George Station and Richmond’s Bridgeport Station.

This was the only missing piece for this year. If you’re on the fence, buy the shuttle ticket now, it won’t last. Details and book here via Canadian Craft Tours:
https://www.bcbrewerytours.ca/collections/beer-festival-shuttles/products/fort-langley-beer-festival-shuttle

Another reason to get there early is that your festival pass gives you free entry into Fort Langley, as in the actual National Historic Site (the festival is held outside its imposing wooden walls). There’s a good chance you’ve visited as a school child (and maybe taken your own kids, if you’re of that advanced an age). Either way, it’s pretty cool to be able to drop in on the Fort again and refresh yourself as to how people lived in these parts almost 200 years ago.

You’ll want to do that before the festival, because you’ll be too tipsy to appreciate it afterwards (not to mention the Fort folks might not appreciate you either, if you crushed too many tasters before crashing their Parks Canada-administered site). FLBFF is offering early festival check-in for those interested in touring the NHS prior to partaking.

After the Fest, you don’t have to look far for a place that serves dinner and craft beer. Amongst the many good food options around the village of Fort Langley is Trading Post’s second location, their Taphouse & Eatery. If it’s just a wee bit tough to get a seat that day, don’t fret, there is plenty to eat, do and see within walking distance in the area.

Hey, if you’re one of those aforementioned designated drivers, or just in the mood to bump up your karma credits, volunteering is another way to be part of the Festival. Perks include lunch, a festival T-shirt, admission to the Fort Langley national Historic Site, and a killer afterparty with free food and beer. Sign up at www.fortlangley.beer/volunteers.

Get your tickets, sign up to volunteer, or get more information at www.fortlangley.beer