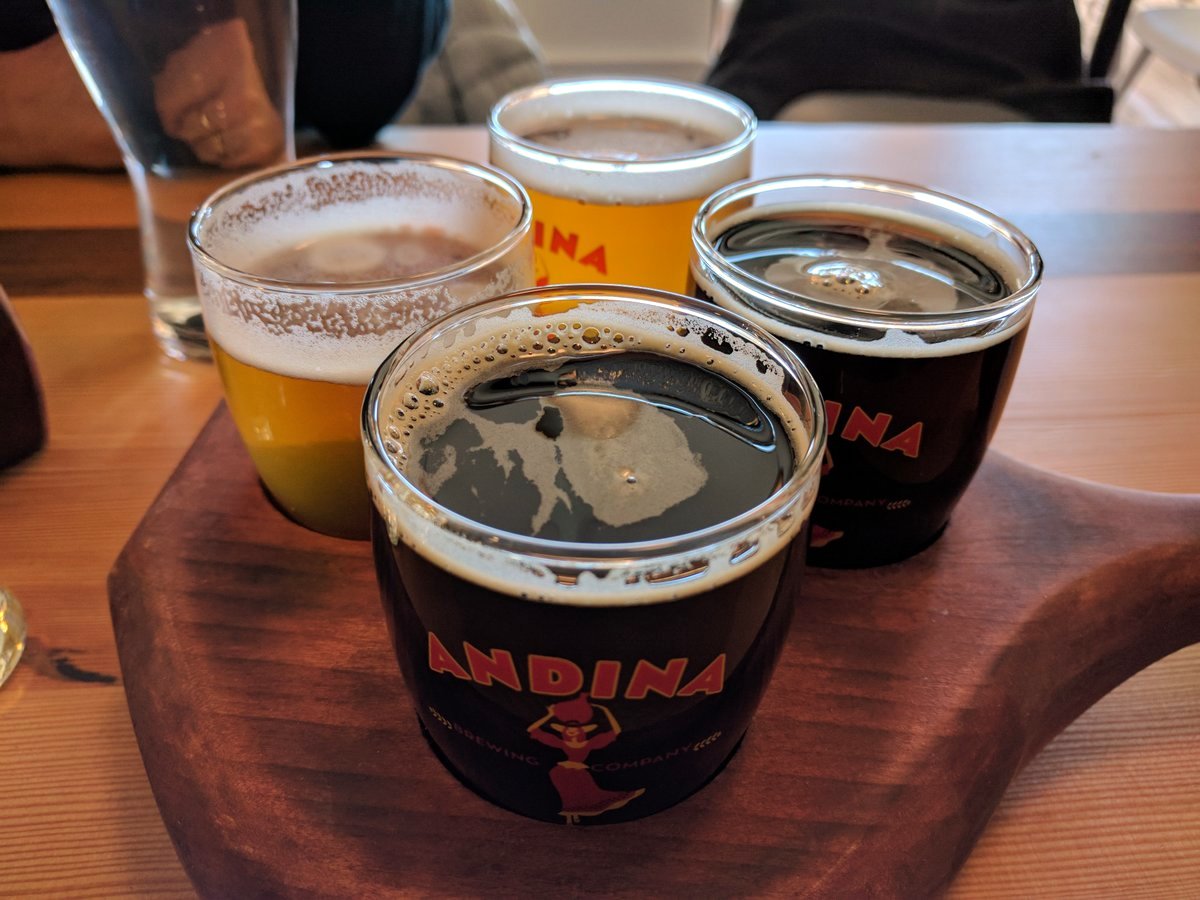 With the surge of breweries in the BC Lower Mainland, a number of bus tour companies have jumped on the opportunity to engage with craft beer drinkers. Given that I live locally and have visited most Vancouver breweries, I had not experienced a local tour and frankly, I hadn’t given it much thought. However, when Canadian Craft Tours contacted me about hopping on a Vancouver tour, I felt it would be a good opportunity to see what they do firsthand.

Canadian Craft Tours are fully engaged in BC’s craft beer, spirits, and wine scene with tours in Vancouver and surrounding areas, including the Fraser Valley, Victoria, Nanaimo, Whistler/Squamish, and the Okanagan. They appear to have a good selection of the BC brewery scene covered with public and private tours, including corporate events and stags/stagettes.

Back to our tour. It was a convenient and easy pick-up near Canada Place with ten other people. Our group consisted of a birthday celebration, with a couple of visitors from Washington State, and another small group of friends.

Tours include transportation, a flight of four beers at each brewery, and a tour of the brewing facilities. On our tour, we visited three breweries in East Van. All the breweries were prepared for our arrival, our guide gave us a brief introduction, and each brewery provided a different experience.

At one brewery, while they poured our flights, the head brewer provided a full tour of the brewing facilities and gave us some insight into their future plans. At another, there was no tour of the facility and four trays of samples were brought to us in a separate area from the tasting room. A staff member provided a brief description of the beer when he dropped off each tray. The third brewery fell in between these two experiences. Our guide gave a tour of the brewing facilities and the brewery staff brought out flights to the table for our group.

As for our tour company and guide, they provided a good experience and worked with what was given to them by the breweries. It was a laid-back afternoon with beer and laughs; you can’t go wrong with that. Our tour group had a good time and experienced some new-to-them breweries and beers.

With the range of experiences at the breweries, I considered who the target audience is. Tourists, for sure, as well as groups of friends or colleagues looking for a fun afternoon. The educational component (whether it be about the brewing process or the breweries’ specific beers) was lacking, but do most tour-goers care? To be fair, if you’re hanging out with friends for the afternoon, your key motivator may not be to learn about what yeast they just pitched. However, I think there could be a better balance between education and drinking, otherwise, why not go to Alibi Room with your friends and order a few flights?

A Word To Breweries

I must say, I expected two of the breweries we visited  (not shown here in Dave’s photos) to be more involved with our group. Given that I’ve seen several brewing facilities, I wasn’t disappointed with the hands-off approach, but I also couldn’t gauge whether our tour buddies felt the experience was lacking.

We of course visited only a sampling of the breweries that engage with tour companies and I’m sure that many of our local breweries do a great job of engaging with the tour patrons. But as the brewing community continues to grow, I’d encourage the breweries that are more hands-off to get involved when tours arrive. Breweries are busy and multiple tour companies are likely visiting often, but this is their opportunity to educate and promote BC beer to a potential new audience. Talk about your beers, give them a brief tour if they’re interested, and tell them why your brewery is different. It’s the breweries’ chance, and perhaps the only one, to stand out from a crowded and competitive brewery scene and make a few more loyal customers.

Thanks to Canadian Craft Tours for the enjoyable afternoon. It was a great way to experience BC breweries with a group of friends!

Hitching their Wagons to Beer Tourism