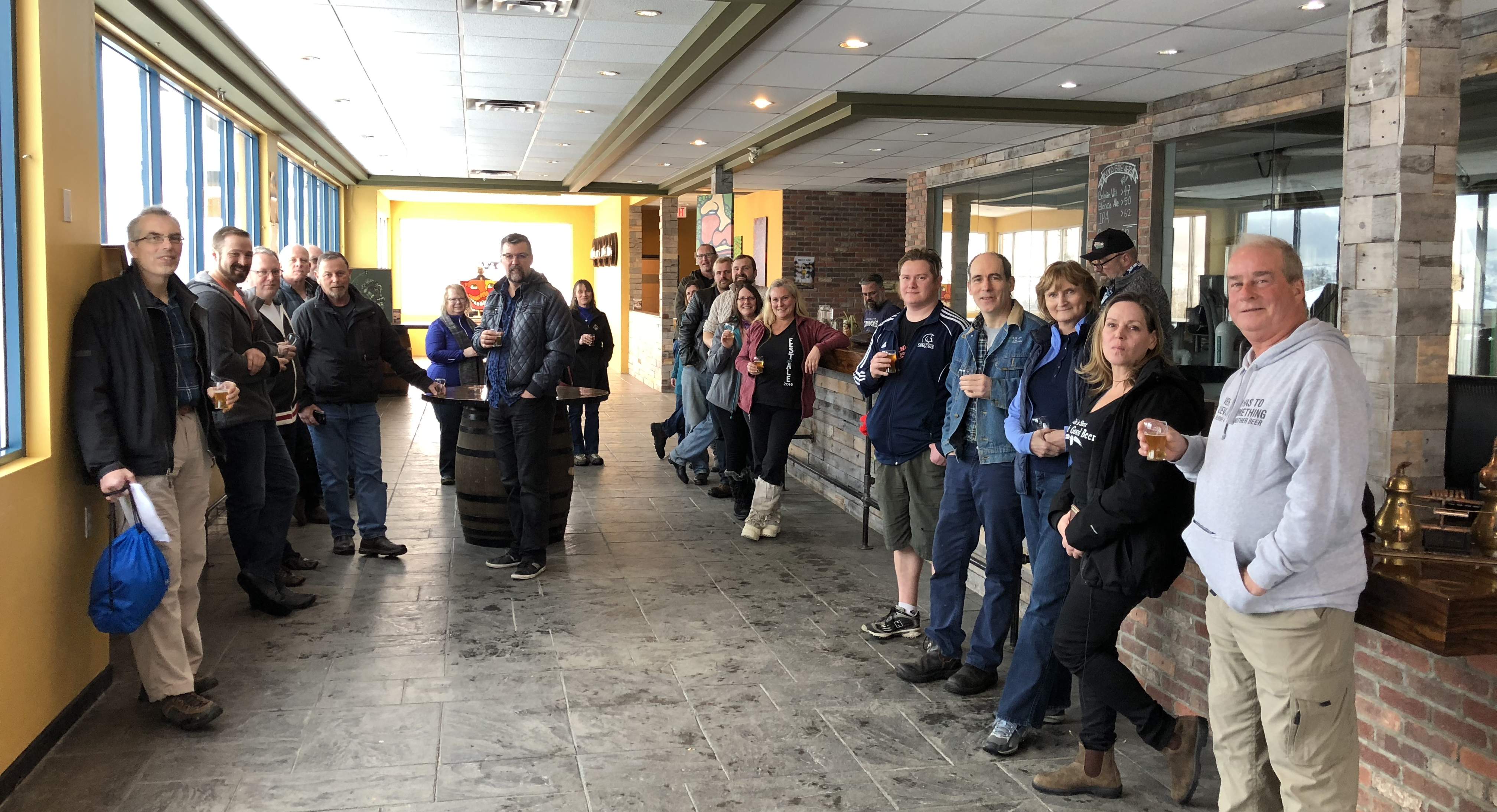 As spring peeks over the mountains in the Okanagan, there is a sense of revitalization and renewal in the air. At this time, our thoughts turn to welcoming craft beer lovers to Penticton for the 23rd Annual Okanagan Fest of Ale coming up on April 13th and 14th.

This year, 65 amazing craft breweries will be onsite with a selection of over 175 craft beers, ciders and cask ales. Included in the mix are 60 craft breweries from BC and beyond, plus 5 cideries. Ten of the participants are new this year, so there are plenty of reasons to come back this and every year. There are also lots of great food vendors, an onsite store, fabulous entertainment, and a fun photo booth.

If you’re from out of town, visit the Fest of Ale website for great deals on sip and stay getaways starting at $135. Come early and stay late to enjoy other Okanagan Beer Week events. Joe Wiebe will be teaching a craft beer seminar at Bad Tattoo Brewing on April 12th. The popular Murderer’s Row Cask Fest will be at the Kettle Valley Station Pub at the Penticton Ramada on April 14th. There will be other cask events, beer-paired dinners and more.

It’s a fun time for us in the craft beer industry as we all work together to welcome craft beer lovers, beer writers and bloggers, beer judges and fellow breweries to Penticton and the gorgeous South Okanagan for this wonderful time of year and this well-loved festival.

Definitely leave time in your schedule to visit our local breweries. There are lots of new and exciting things happening in our craft beer scene. West Kelowna just opened their first craft brewery, Kind Brewing. It’s a great space, right on the highway, so plan to stop in for a visit and try a flight of their beers. Summerland’s Detonate Brewing recently celebrated their 1-year anniversary.

As Penticton’s newest brewery, also celebrating its first year anniversary, Highway 97 now has 10 beers in their line-up. Watch for their 2 newest beers, Dirt Road Double IPA (available in 650ml bottles, 473ml cans and on tap) and Motor Oil Coffee Stout (available in 650ml bottles and on tap). Highway 97 Okanagan Summerweiss, made with fresh Okanagan raspberries and lemon, will be back by popular demand. This unfiltered wheat beer was super popular last summer. Enjoy a pint on their patio or sit at the tasting rail and enjoy a pint while you check out the brewing action right in front of you.

Penticton’s Tin Whistle is getting ready for spring with the launch of their yet-to-be-named White IPA. This will be available in 650ml bottles and on tap. Look for it at the brewery, private liquor stores, and some government liquor stores in early March.

Mark the date for the 2nd Annual Penticton Beer Run coming up on June 2nd. Walk, run or crawl starting at Square One Hop Growers, along the Kettle Valley Rail Trail, with multiple beer stops along the way,  ending up at the finish line party in the Kettle Valley Station Pub. Registration for this fun run is now open.

By the way, we’re bringing Penticton to Vancouver on March 8th for a Penticton Ale Trail tap takeover event at St. Augustine’s. Each brewery will have 5 taps, so there will be a total of 25 of Penticton’s finest beers on tap. Come join us and enjoy a flight or a pint, enter to win some great prizes, and meet the brewery teams.

Cannery Brewing’s road trip continues with a ferry ride to Victoria Beer Week. Cannery Brewing will be participating in a variety of events, including a tap takeover at The Guild on March 10th. This will feature 8 beers including core, limited and special beers, some of which have never before been poured in Victoria, including Cannery Brewing’s first ever Kettle Sour!

Whether you’re a regular in the Okanagan or you’ve yet to discover our hidden gem of a craft beer region, we’d love to show you why Expedia.ca recently named Penticton as one of Canada’s best beer towns.

Penticton Takes Over the Taps at St. Augustine’s